California Assemblywoman @LorenaSGonzalez has launched a direct attack on press freedoms with her bill.

I’d say she should be ashamed of herself, but knowing her, shame is not a sensation she’s familiar with. 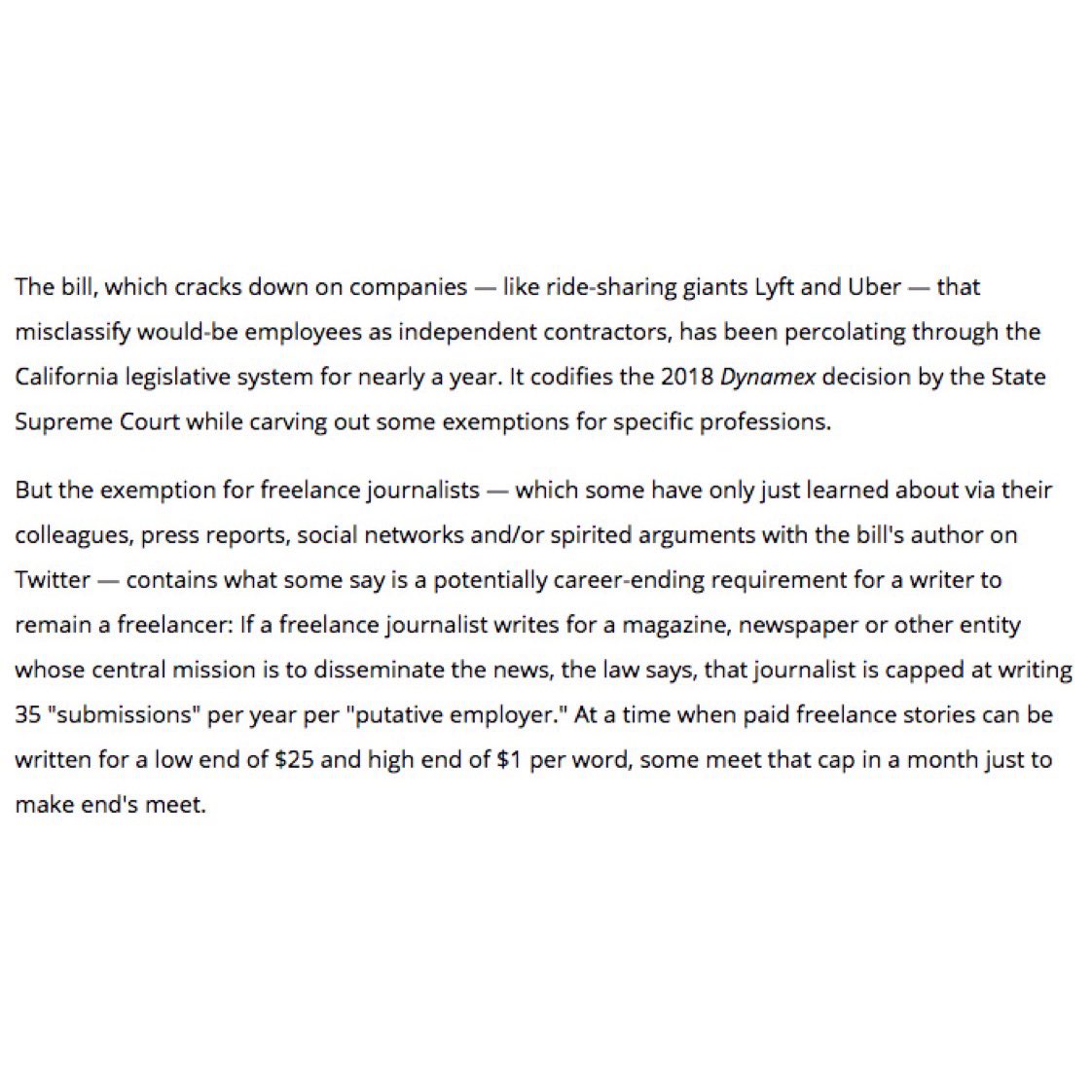 2. After I tweeted above, hundreds of freelance reporters have told CA Assemblywoman @LorenaSGonzalez how devastating her legislation will be

She plans on running for Secretary of State btw 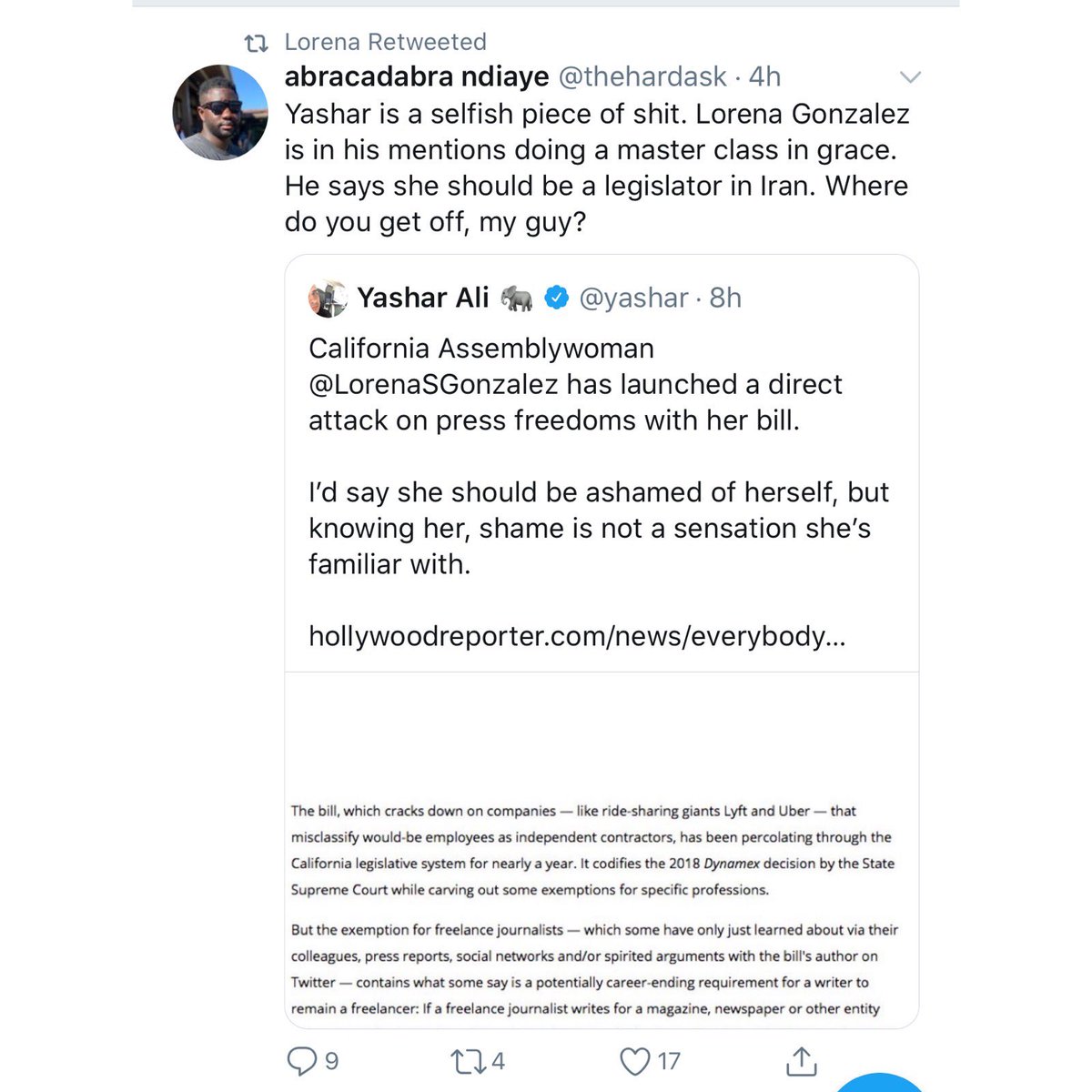 3. Meanwhile her husband, a San Diego County Supervisor, a @UCSanDiego professor, and an appointee to @AirResources (courtesy of my former boss Gov Newsom) has tweeted that I’m a “total asshole,” (sometimes) and that “I hope he gets help” 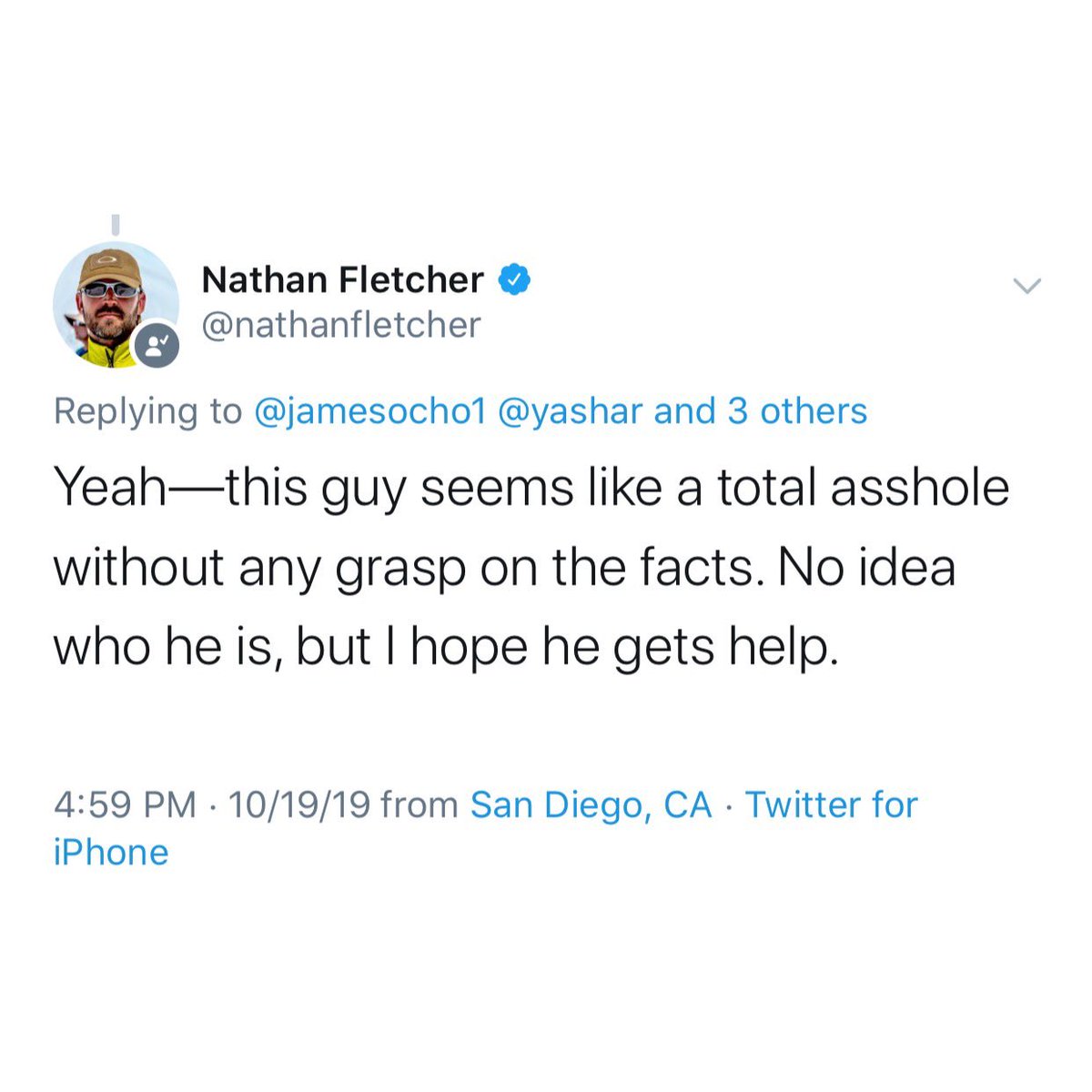 4. Thanks to everyone who got this issue to trend and featured as a Twitter moment

I’ll have more to say in the AM, particularly to two elected officials who can’t stand to be held accountable: Assemblywoman @LorenaSGonzalez and her husband San Diego Supervisor @nathanfletcher 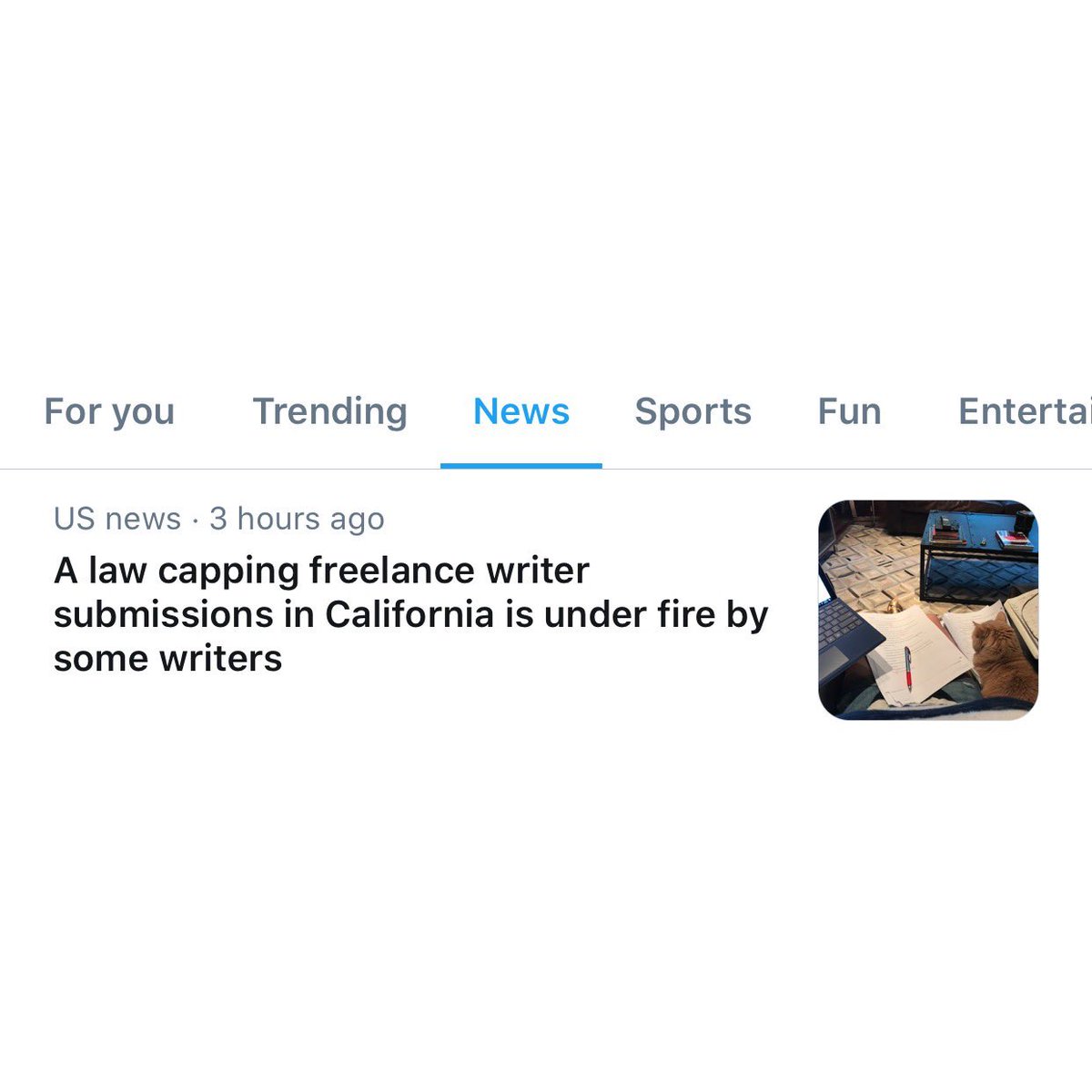 5. Good Morning. Last night, after it was up for hours, CA Assemblywoman @LorenaSGonzalez undid a retweet of a tweet referring to me as a “piece of shit”

Don’t worry about me, I’ve been called worse

Just tells you everything you need to know about her

6. Important to note that one of California’s most powerful legislators, who authored a bill that hurts freelance reporters, is now deciding who is and isn’t a reporter 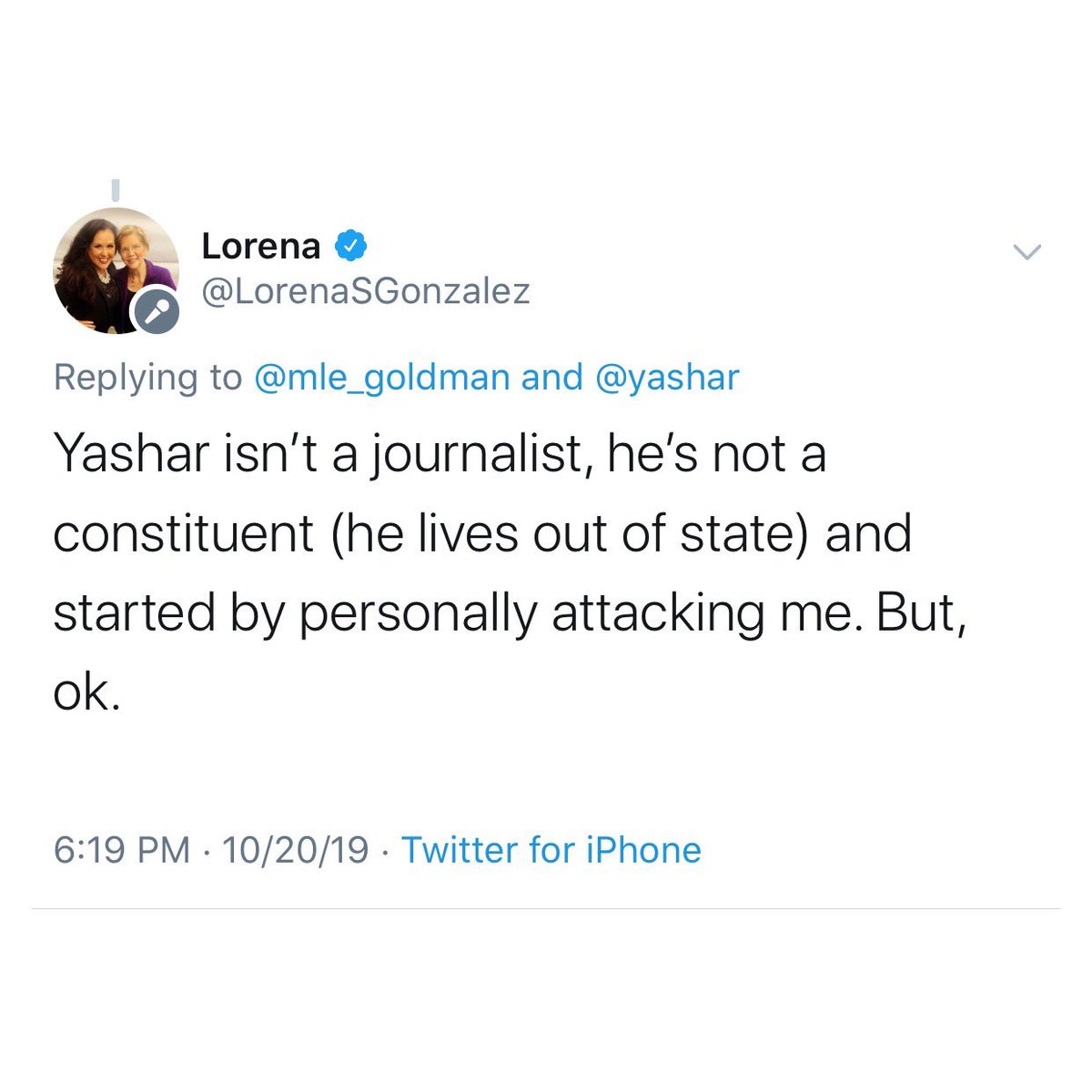 7. @MikeElk don’t you ever threaten me again.

And the newsroom unions I’ve supported would have something to say about your accusation.

Supporting freelancers does not make one a scab. 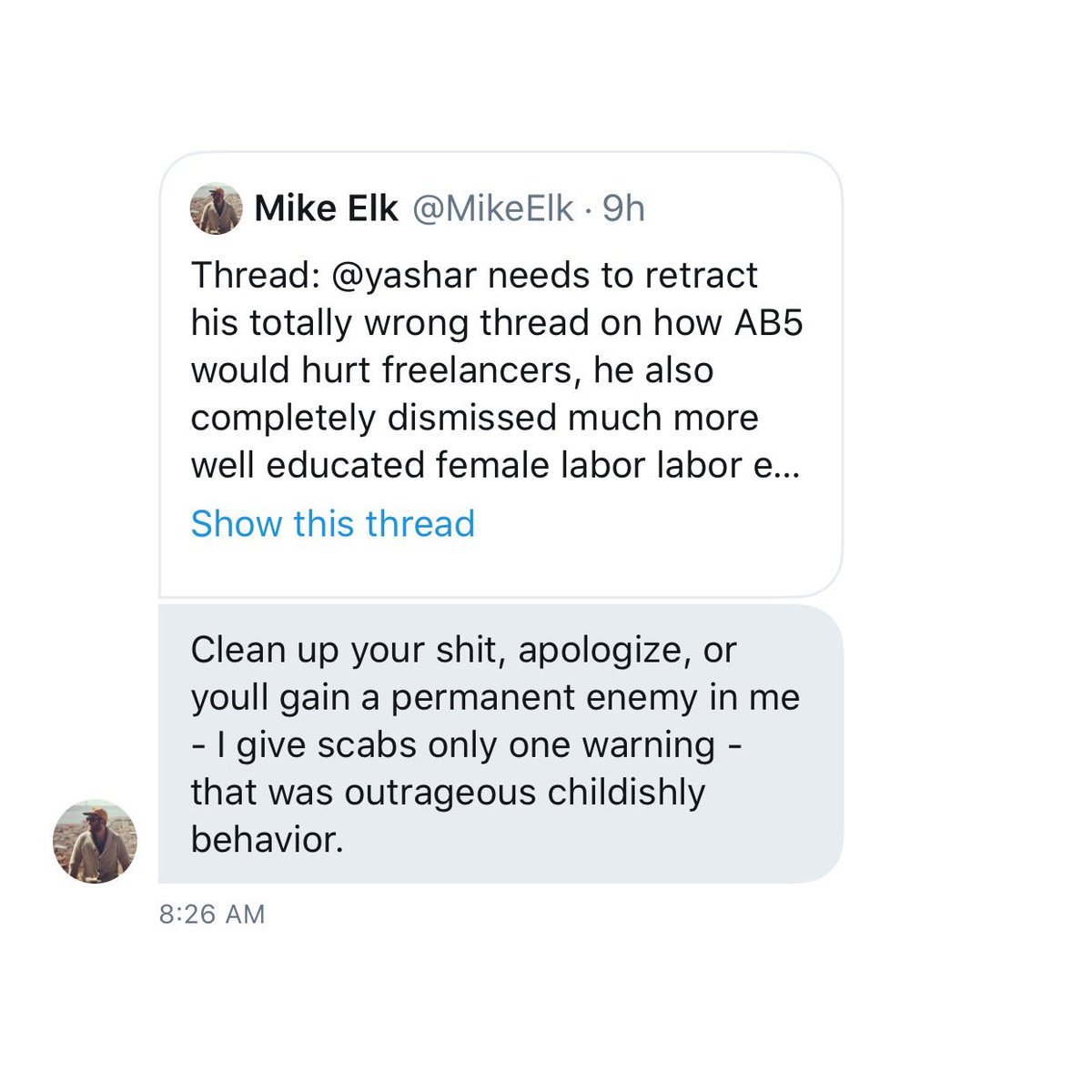