The 71 minutes ended up being a torrent of grievance, defensiveness and bold statements about his expansive view of his own powers.  https://www.latimes.com/politics/story/2019-10-21/trump-impeachment-inquiry-cabinet-meeting-emoluments …

After reversing on his plan to hold the next G-7 summit at his Doral golf resort, Trump dismissed criticism that he was profiting off the presidency.  https://lat.ms/2oZqKXS

The president then commented on the clause in the Constitution that bars federal officials from taking “emoluments,” or forms of payment or profit, from any “King, Prince, or Foreign State” as an ethics guideline  https://lat.ms/2N6lyK6 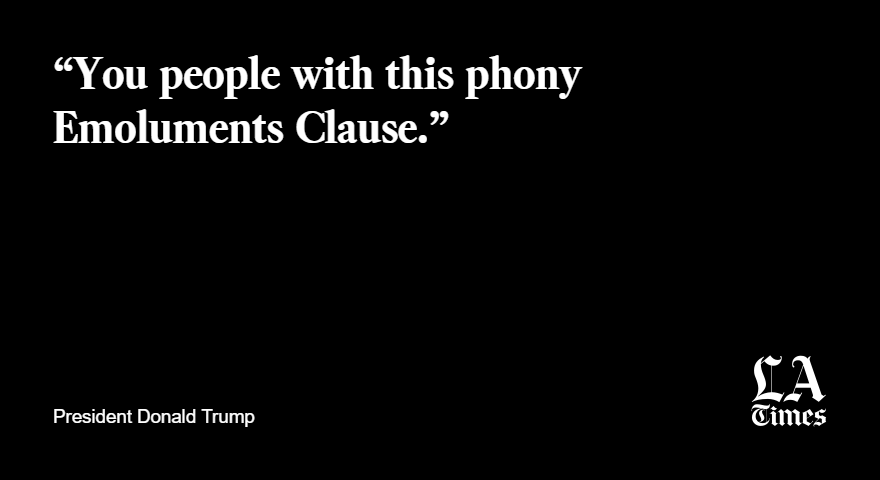 The president reinforced his administration’s decision to keep some U.S. troops in eastern Syria to protect Kurdish-held oil fields.

Trump repeatedly said he wanted to “keep the oil.”  https://lat.ms/2N6lyK6