1/ This is a superb reaction from @matthewamiller to Trump's lynching remark:

Pause to comment on how offensive the word #lynching was in this context. Then move on.

Trump's game is this: First, he does something outrageously offensive. . .

2/ Each time Trump does something outrageous, he accomplishes 4 things:

3/ The enemies are the Democrats👇 loosely defined to mean anyone who doesn’t support Trump.

Notice that when Trump does something outrageous, he creates a self-fulfilling loop: The more outraged his critics get, and the more euphoric his followers feel. 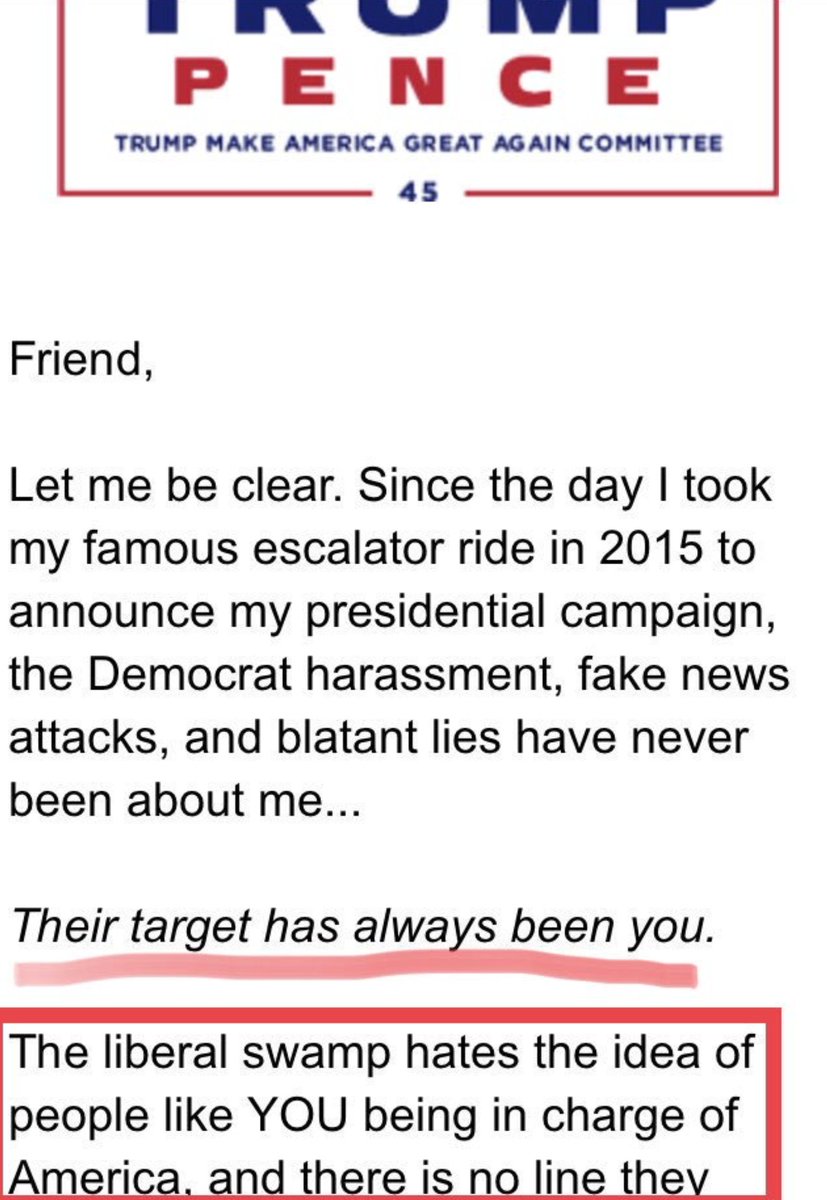 It keeps us from taking about the fact that William Taylor is now testifying in Congress.

Who is Bill Taylor?

He's the guy who said this:

5/ The difference between now and 2016 is that more people are on to his game.

That's why my confidence is growing that the tricks and ploys will not work when it matters: The Senate trial.