It's time I say this outright: the fully-sourced facts in PROOF OF CONSPIRACY are 500% more dangerous to the White House than FEAR and FIRE & FURY combined. Everyone who reads it knows it. There *are* outlets that won't have me on because PROOF OF CONSPIRACY is too hot to handle. 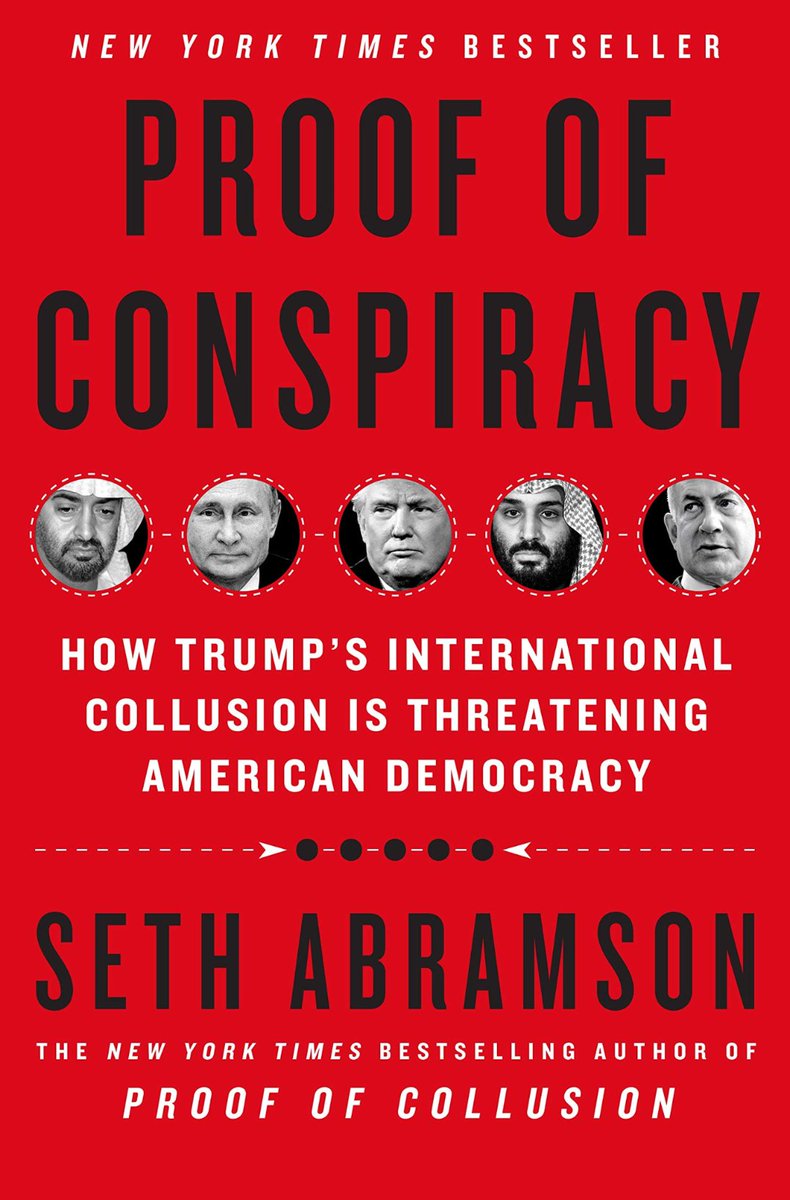 1/ Behind the scenes, I'm contacted by... everyone. Major media doesn't struggle—at least behind the scenes—with the idea I've written two NYT bestsellers on Trump's foreign policy. On the other side of the camera, I think there's fear about PROOF OF CONSPIRACY. Actual real fear.

2/ They call Joe Rogan the one man in America who'll talk to *anyone*—and his booker has me *blocked* on Twitter, despite the fact not *one* source or fact in *either* PROOF OF COLLUSION *or* PROOF OF CONSPIRACY has ever been found false *and* the two books have been prescient.

3/ I need to address this issue in a thread because—no exaggeration—each week I get at least a hundred people either contacting me directly to ask me why media is ignoring PROOF OF CONSPIRACY or @-ing me on Twitter as they write major media figures asking them that very question.

4/ The answer is that *no one's* ignoring PROOF OF CONSPIRACY behind the scenes. I know from my backchannel communications with major media—and hell, just from my follows—that my work *isn't* just being read by Pierre Delecto (Mitt Romney). It's being read widely—but *privately*.

5/ I've come to be at peace with that, even though many people who care about me are angry on my behalf—as well as many thousands of followers of the feed. I'm willing to be okay with knowing I wrote the most accurate and damning two books on Trump available in the United States.

6/ I also know people see in statements like the one I just made some personal hubris. I know why they do, but they're mistaken—because they don't know what PROOF OF CONSPIRACY *is*. It's a *curation* of the best investigative work done around the world on Trump's foreign policy.

7/ What media doesn't want on-air right now—and I hope some day someone will write about this—is discussion of a book that curates *its* work from the past few decades. The hostility media displays *publicly* is ultimately toward *itself*—as PROOF OF CONSPIRACY *isn't* a polemic.

8/ PROOF OF COLLUSION and PROOF OF CONSPIRACY total 1,400 pages, with 4,000+ endnotes and 6,000+ total citations. No errors have been found in either, beside one in the former book *everyone* made (like Cohen, we *all* thought Klokov was a weightlifter—until the Mueller Report).

9/ MEDIUM on PROOF OF COLLUSION: "Not even all that entertaining—and that’s to its credit. It's more like homework....by pulling together the strands of a dizzyingly complex story, it offers a meticulous cheat sheet to the homework we should all be doing."  https://gen.medium.com/learning-to-love-americas-most-reviled-resistance-tweeter-f95e665b1a9a …

UPSHOT/ History will judge what I put between the covers of PROOF OF COLLUSION and PROOF OF CONSPIRACY, not today's cable hosts, and I say that because the number of books written on Trump's foreign policy during his administration is far *fewer* than you think or have been told.

PS/ I understand I can be prickly on the feed: I don't stand for trolling, I speak honestly about what I think the value of the feed is, and I'm basically blunt about everything always. I hope folks know that, like many of you probably feel about yourselves, I'm better *offline*.