Pebble Mine would be an open pit the size of 460 football fields and deeper than One World Trade Center is tall.

To proponents, it's a prize that could yield sales of more than $1 billion a year in an initial two decades of mining.  https://lat.ms/2BIfeCV

Pebble Mine could also, critics fear, bring about the destruction of one of the world's great fisheries.

Bristol Bay is home to the world's largest run of wild sockeye salmon. The fishery generates 14,000 jobs and $1.5 billion a year.  https://www.youtube.com/watch?time_continue=327&v=Nd-ZVDzSF3M …

Mineralized rock would be blasted in the pit, crushed, ground into sand, floated and concentrated, producing 180,000 tons of material a day.

The challenge facing the company is how to ensure that tainted water would never reach Bristol Bay.  https://lat.ms/2BIfeCV 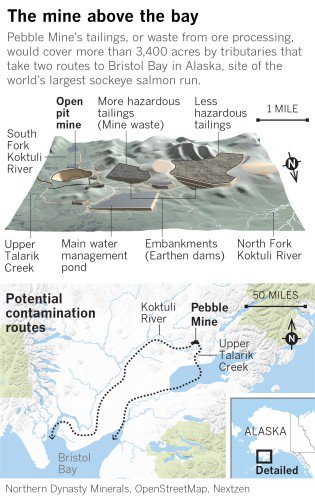 Opposition to the mine has united players often at odds, including Native communities and corporations, conservationists, sport fishermen and hunters. 📸: @luissinco  https://lat.ms/2BIfeCV 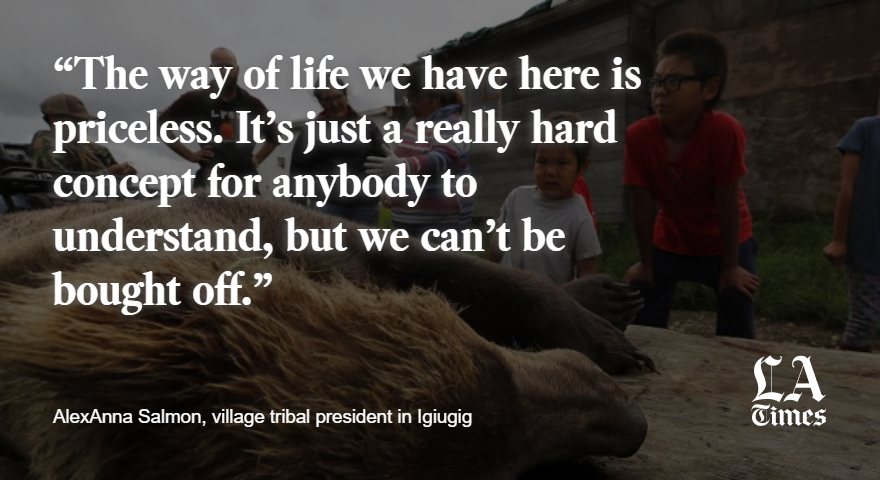 No one has studied Pebble Mine more thoroughly than scientists at the EPA, whose Seattle branch spent three years examining the issue and concluded in 2014 that the mine could cause “unacceptable adverse effects." 📸: @luissinco  https://lat.ms/2BIfeCV 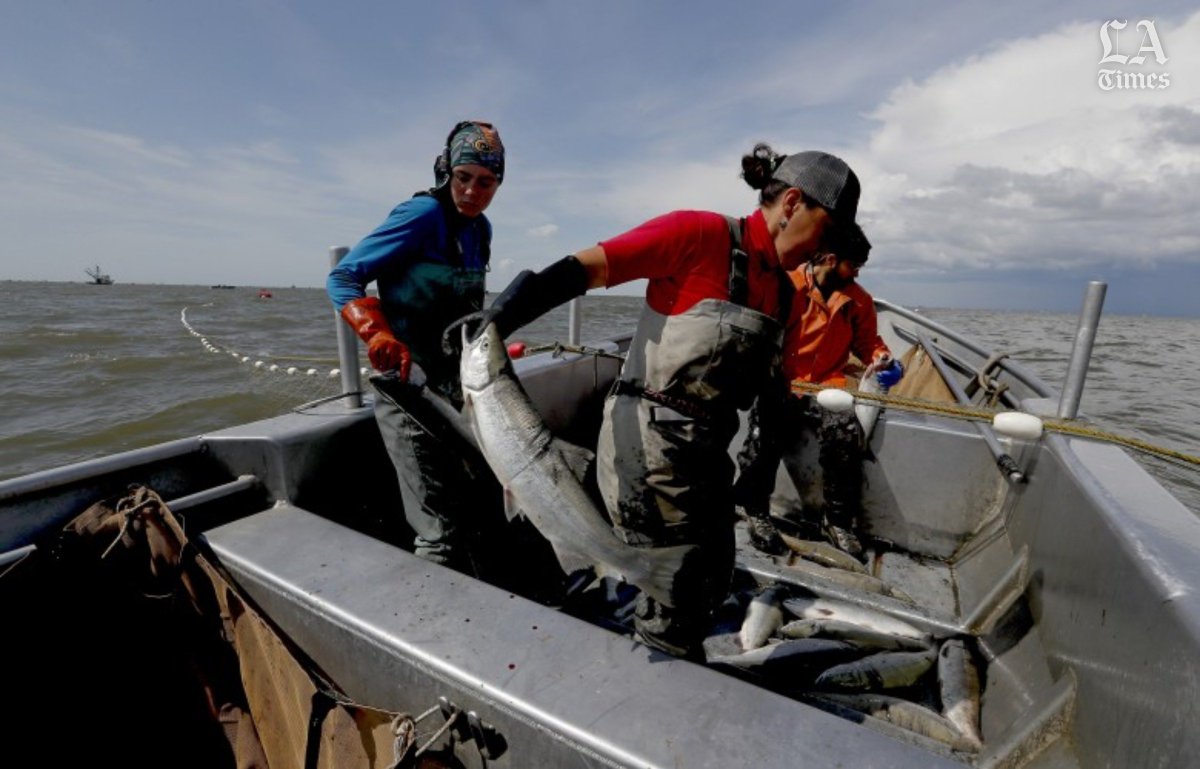 15 years ago, mine company managers came bearing gifts for residents of this Native village. But over the years, Pedro Bay residents grew suspicious.

How a tiny Alaskan village stymied Pebble Mine:  https://lat.ms/2P94TIm