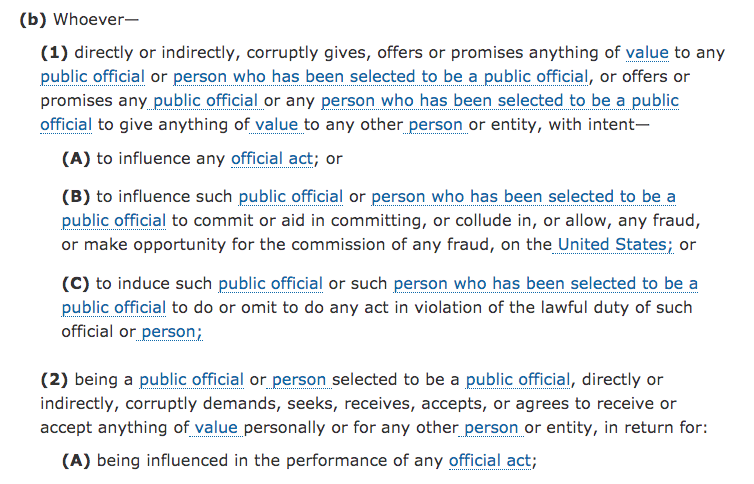 PS/ I don't want to see—even one more time—a Republican guest demanding of a cable TV host, "What's the crime? What's the crime?" and having the host either not respond at all or say lamely that it's "only" an abuse of power (a noncriminal impeachable offense). No—it's a *crime*.

PS2/ The fact that Trump committed BRIBERY is also confirmed by the words of Mulvaney, Sondland, and Johnson. We know the "official act"—release of military aid—and we know the "anything of value" (a White House meeting and dirt on the Bidens) and that Trump's intent was corrupt.

PS3/ BRIBERY is one of just *two* crimes—the other being TREASON—that's specifically enumerated in the Constitution as impeachable. The nation now has before it beyond-a-reasonable-doubt proof (including a confession!) of BRIBERY. The constitutional remedy is impeachment. Period.

PS4/ Under the BRIBERY statute, even "indirectly seeking to receive anything of value" in exchange for an official act is an impeachable crime. Note—even "indirectly"! And "seeking," mind you, not even "demanding"! (Though that's criminal too!) *No one* doubts that this happened.