This is a good question. I think we calmly call it what it is.

@tedlieu is really good at fact-based responses to this kind of dangerous behavior.

We know that the meritless claim that the Mueller investigation was illegal because of its origins has been a Trump-FOX-GOP talking point.

It's tempting to argue facts, law, and logic (which won't work).

It's exactly like the Ukraine scandal, which was an attempt to get Zelenskyy to open an investigation into the Bidens, while pretending like the investigation was Zelenskyy's idea.

Putin's reaction to being called a corrupt criminal is the same . . .

. . . he basically says, "We're ALL lying crooks. Russia is run by self-interested oligarchs, but the US is just as bad. Democracy doesn't work either."

Trump's "defense" goes like this "I'm no angel, but either is anyone else." 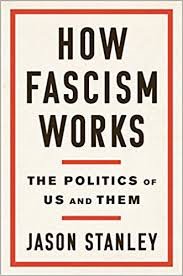 The antidote: Hold on to your principles and values, and recognize what's good.