They never cared about national security.

Or freedom of speech.

They didn't ever care about the dignity of the office.

They didn't care about our national reputation.

Never cared about rule of law.

They think compromise is weakness.
They think honesty is for saps.
They think trust is for fools.
They use our desire for them as tools for domination.

Trust is good, but trust is earned.
We'd be foolish to trust those who only use trust as a tool.

They believe lies, but not b/c they truly believe them
Rather b/c it's a way to establish dominance
To prove only they can control their reality

Believing a lie is preferable to believing a truth, if what you want is to dominate

A person who lives according to a truth you've told may have been persuaded by truth, not you

So they believe lies

And so we desire to persuade.

And they use that desire as a tool to dominate.

It is a poor use of your time to persuade somebody who has made themselves deliberately unpersuadable.

We didn't kill trust, but it's dead

We didn't create the divide, but we mustn't bridge it

Persuade who you can, but watch for those who have made themselves unpersuadable

Withdraw trust from those who would use it as a tool

Do what you can.

Always protect the targets of domination.

They believe nothing. Nothing at all, but dominance.

They believed in democracy as long as democracy helped them maintain dominance. Now that it won't, they work to demolish it.

They never cared about law.

They don't care about truth.

To defend one of their own in the commission of a grave crime, they'll falsely accuse another of the same crime. They'll invent it out of wholecloth.

He was broken long ago.

Bill Barr has never believed in law or justice at all, except as tools to enforce dominance.

That's why he was chosen by fascists to run the Justice Department.

They never cared about moral character.

Never cared about sanctity of marriage.

Or traditional family value, or families, or values.

Never really cared about what their religion said to do, only what it would let them get away with doing. 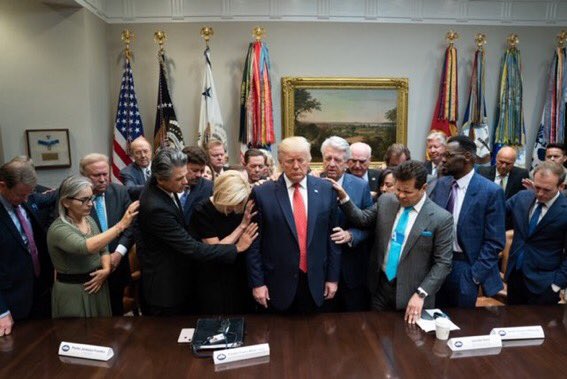 The veneration of military service was as shallow as their souls. It was only ever a tool.

It was only about dominance.