Tren Griffin @trengriffin I work for Microsoft. Previously I was a partner at Eagle River, a private equity firm established by Craig McCaw. I am on the board of directors of Kymeta. Oct. 27, 2019 1 min read

Animations of a mega satellite constellation at low Earth orbit are interesting to see. This is a depiction of the SpaceX system. Each Starlink satellite weighs 227 kilograms and uses krypton ion engines for propulsion once they leave the rocket. The light blue "cones" are beams. 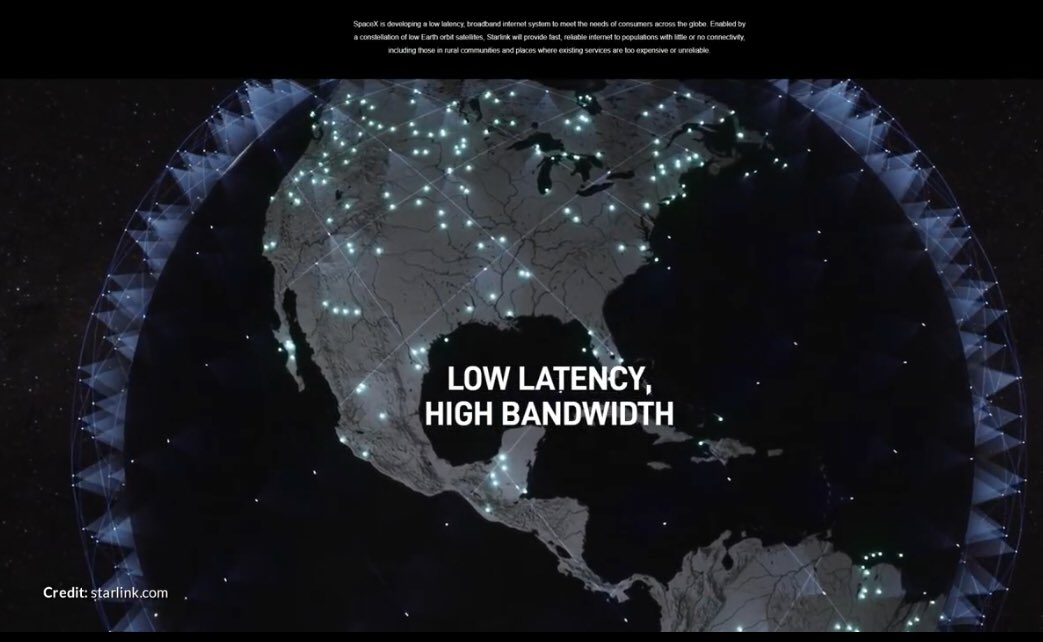 Each of the four dark gray panels on the satellite in the first picture is an antenna which can steer the beams. The blue structure in the second picture is a solar array. 60 Starlink satellites can fit in a single Falcon 9 rocket. 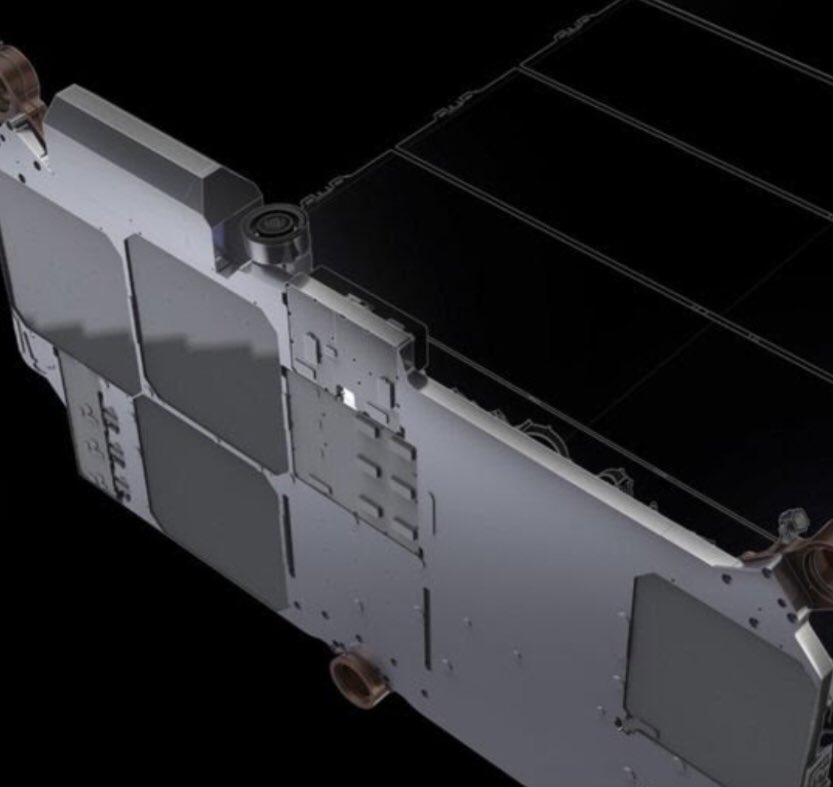 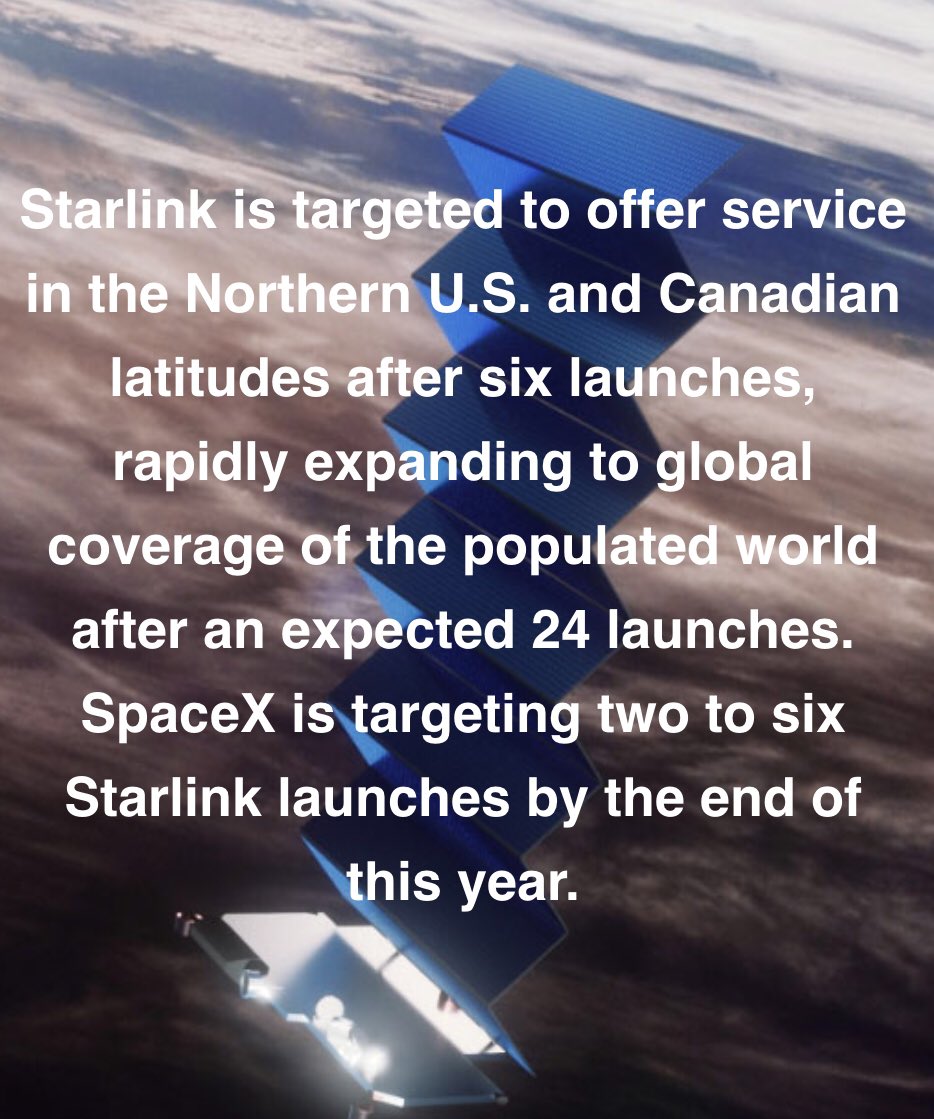 3/ "Starship can take 400 satellites at a time. The Space X board of directors in 2012 realized the profit margins from the commercial satellites it was launching for customers were "much higher" than SpaceX's launch business."  https://www.google.com/amp/s/www.cnbc.com/amp/2019/10/27/spacex-president-we-will-land-starship-on-moon-before-2022.html …

4/ "We launch another 60 and then get to a cadence of launching 60 every other week to fill out the constellation. We need 360 to 400 to have a constant connectivity [between] the satellites. Once we get to 1,200 satellites, we will have coverage of the whole globe."

5/ Most aspects of a space communications business involve trade offs like this: "The satellites will be limited in their life because the longer you want the satellites to live on orbit, the more money you have to put into it."