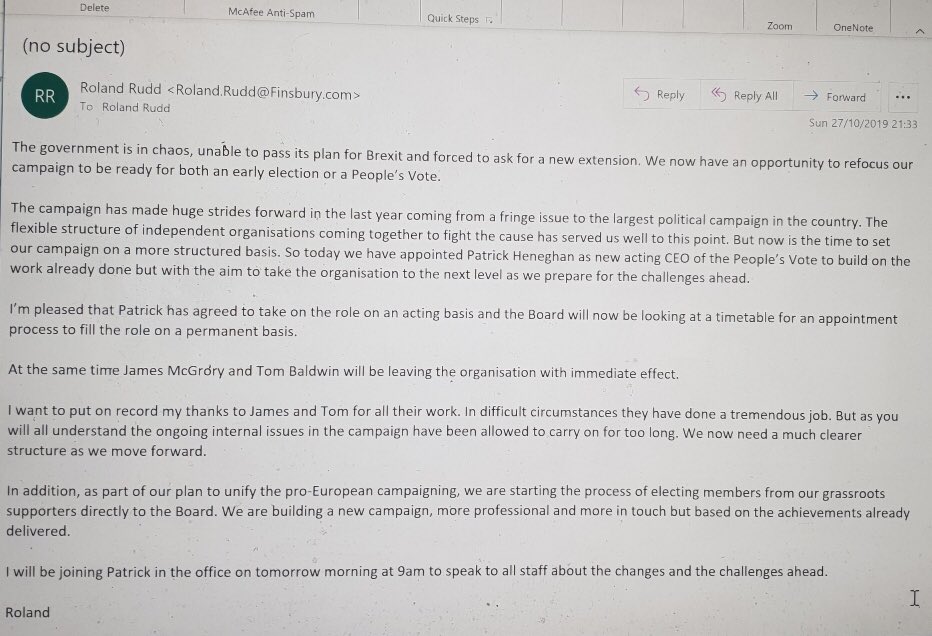 one ally of Baldwin & McGrory questions how they can be sacked by Rudd given he is not chair of People’s Vote but instead chair of Open Britain, one of its five member groups.

“He is no more the chair of People’s Vote than Idi Amin was the Last King of Scotland,” he says.

one ally of Rudd says: "Baldwin spent his time pretending to be Malcolm Tucker. Shouting and screaming around the office. Most staff will secretly be delighted."

about 35 staff have done a mass walkout this morning 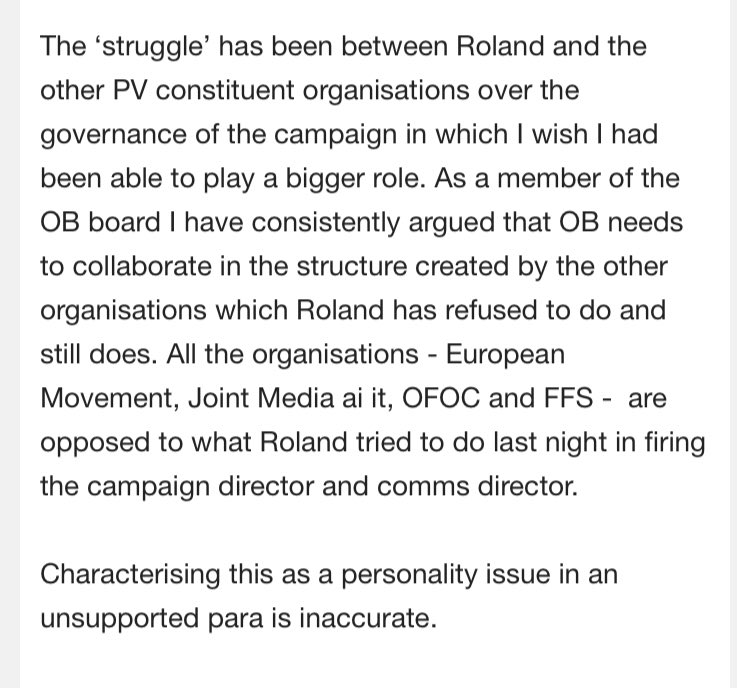 and obviously I believe everything he says without reservation