The most extreme congressional gerrymander of the modern era just got struck down & will likely be replaced with a much fairer map. I’ll have more details in a thread to come once I’m back at my desk

In bad news, the North Carolina court has approved the stealthier legislative gerrymanders the GOP just passed, making it very hard for Dems to win a 2020 majority even if they win more votes. I’ve shown here which specific districts remain highly flawed

The plaintiffs should appeal this ruling to North Carolina’s heavily Dem Supreme Court. That’s no guarantee of success, but they’d have a shot

This method is wrong: Three common measures of partisan bias all find the new NC legislative gerrymanders still have substantial unfair pro-GOP lean. Taking a "median" of computer-simulated maps is an inappropriate method as explained here in this thread: 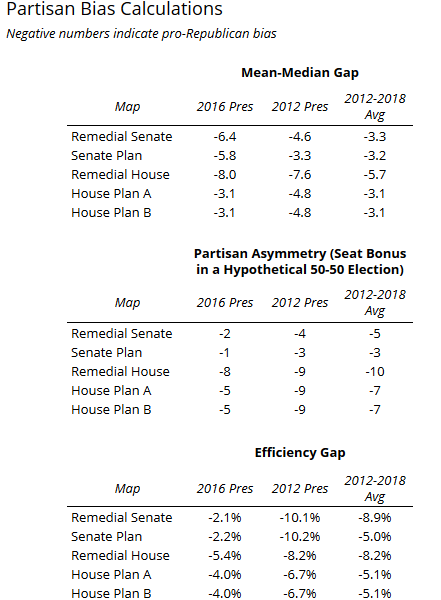 If these maps aren't appealed & are allowed to stand, it will show the limits of relying on state courts to strike down partisan gerrymanders when there isn't divided government. Giving a party a chance to pass a new gerrymander just makes it harder to fight stealthy gerrymanders

This is why legislative Democrats should never ever vote for partisan Republican gerrymanders, even if they're taking care of a few Dem incumbents or it's just voting in committee. Republicans will turn around & say in bad faith that it's bipartisan 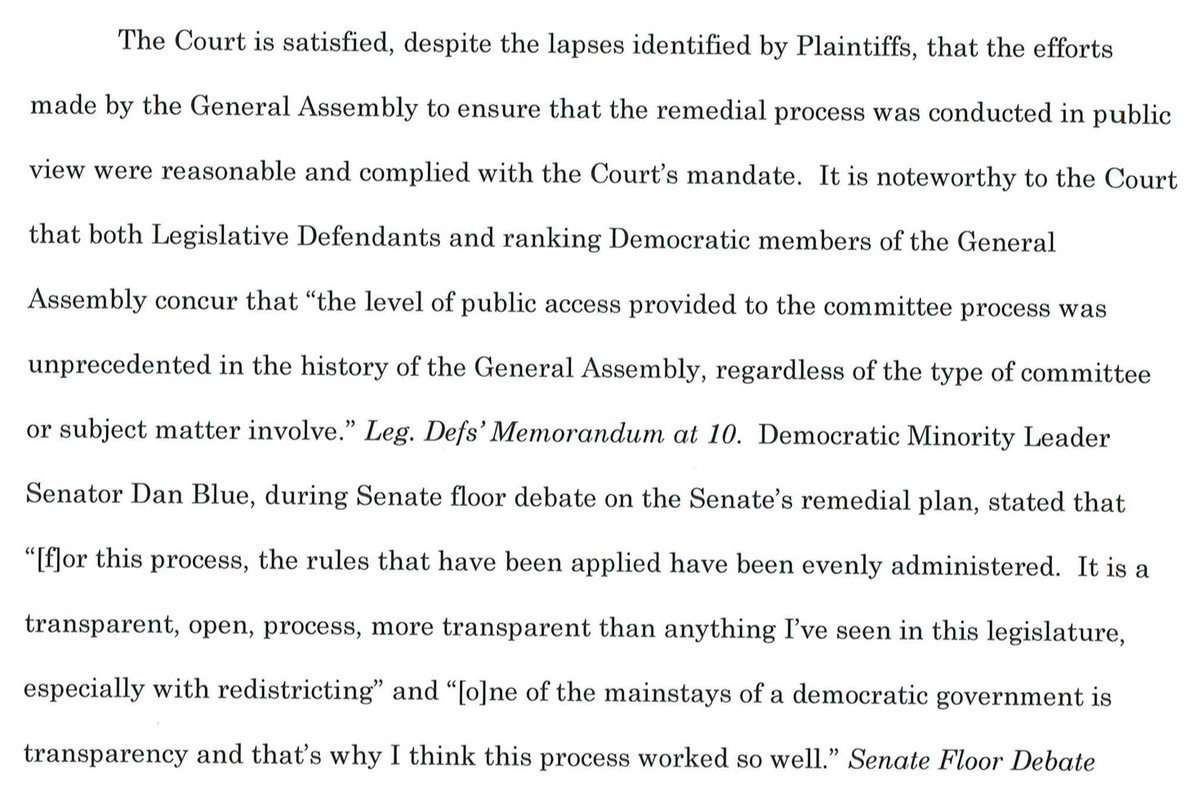 North Carolina's congressional gerrymander just got struck down, & here's how a nonpartisan map could look using criteria similar to that in the legislative map court case. However, if the GOP gets a 3rd(!) shot at drawing a legal map, they'll attempt a stealth gerrymander #NCpol 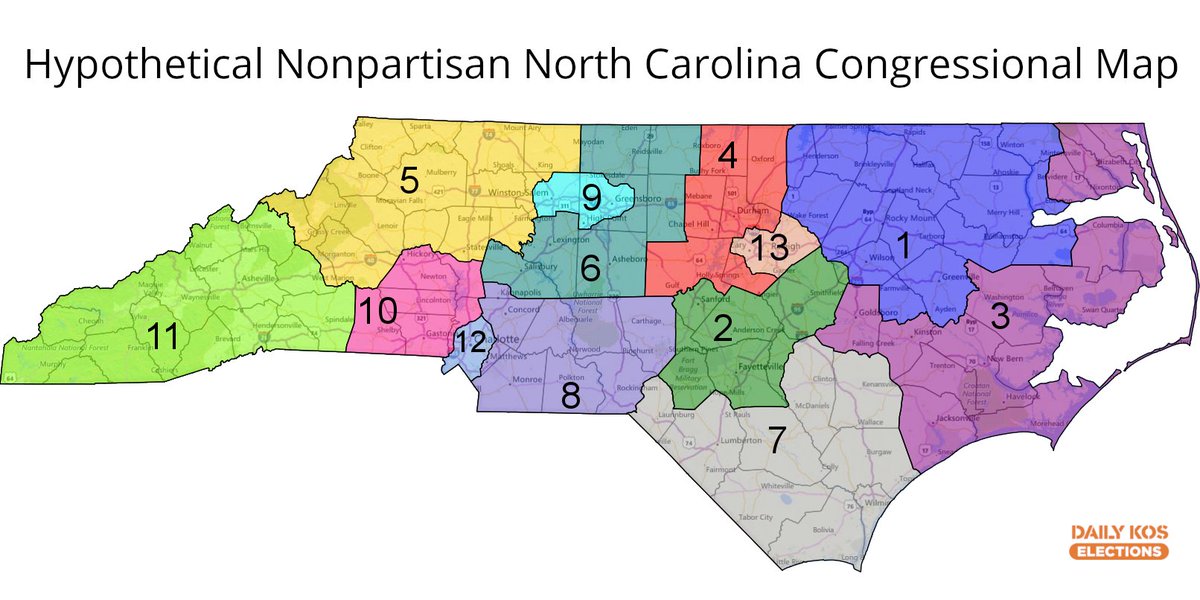 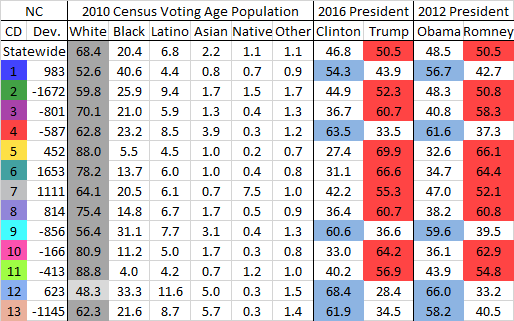 Note: If I were submitting a map to the court, it would look a little different than this one to ensure exactly minimum population deviation instead of keeping the variance reasonably low (<1% or <1,000 people). I'd also renumber it to match the 2016-2018 map instead of 2012-2014

There are a few alternate nonpartisan NC congressional maps I'd also consider, but the partisan impact would likely be fairly similar. A fairer map should give Dems a great shot at flipping 2 seats with another chance in maybe 1-2 more based on 2016-2018 results & trends #ncpol 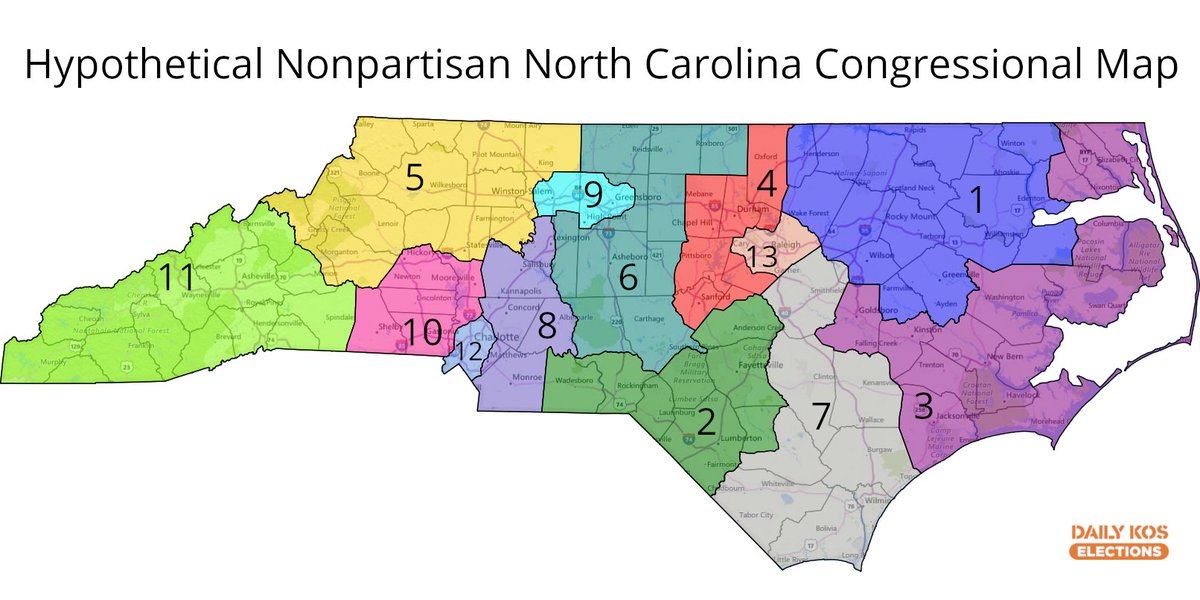 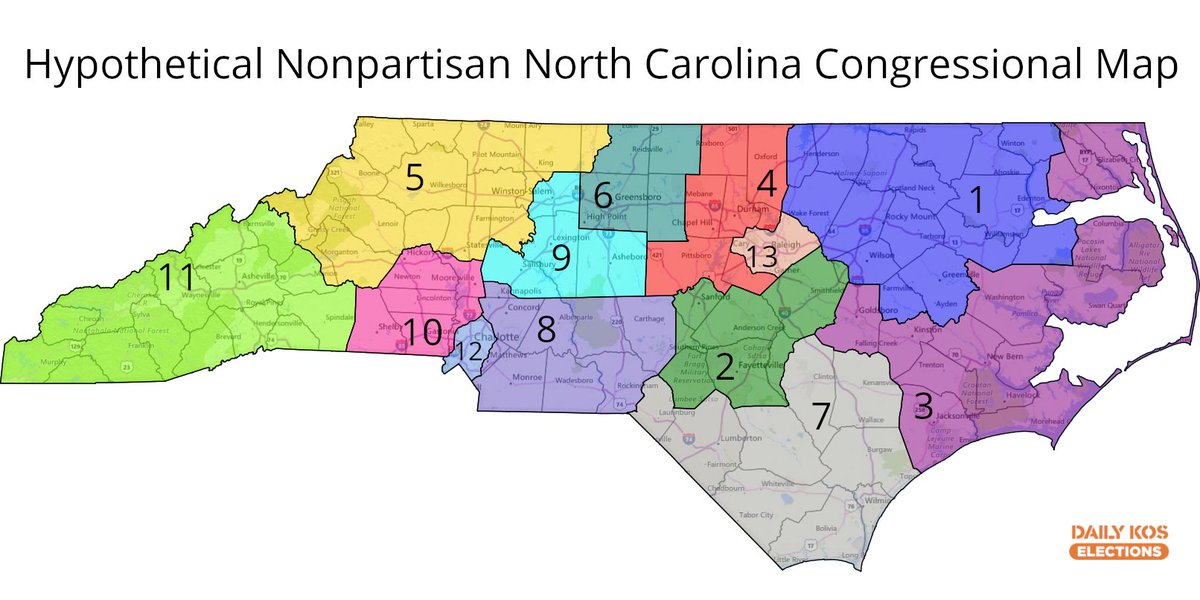 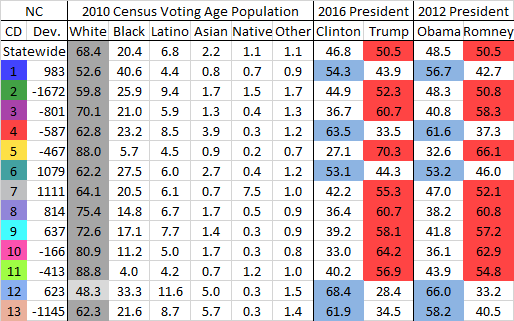 For comparison, here are the demographic & 2012-2016 presidential election summary stats for the North Carolina GOP's congressional gerrymander that just got struck down today. It locked in a 10-3 GOP majority, but a fairer map would likely have 2-4 more Dem seats in 2020 #NCpol 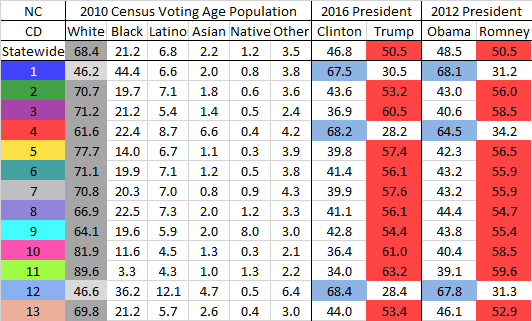