Also, oh no... I thought I'd have November free to catch up on everything else.

Well, before I get too excited... *Sigh* 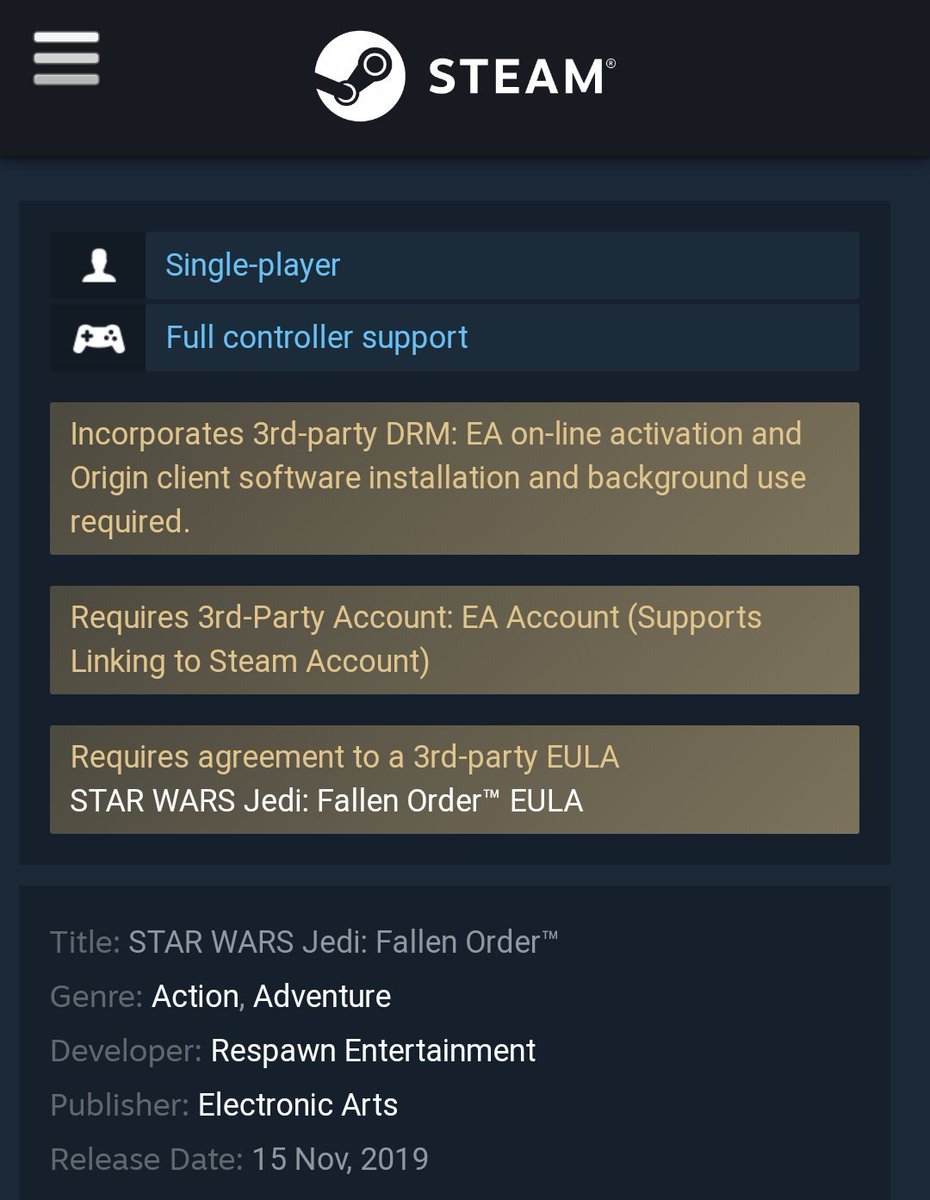 I already own EA games on Steam. Mirror's Edge, Dead Space, Mass Effect, Dragon Age. They never required this kind of absurd measure. It would've been the simplest, most straight forward thing to do to just do the same thing they used to. But well done on screwing the pooch, EA.