I don't get "if you didn't subscribe to HBO before, why would you get HBO Max now that it has X, Y and Z."

That's essentially why people subscribe to Netflix... which has nearly 2x the subs in the US

Even if they charged more, the logic would still apply. And they don't!

There's a reason all of the premium cablers got stuck at roughly 30% of Pay-TV homes and 25% of total homes.

Even when they launched D2C apps, they grew - but not meaningfully above historical penetration (lot more homes in 2019 v 2010). 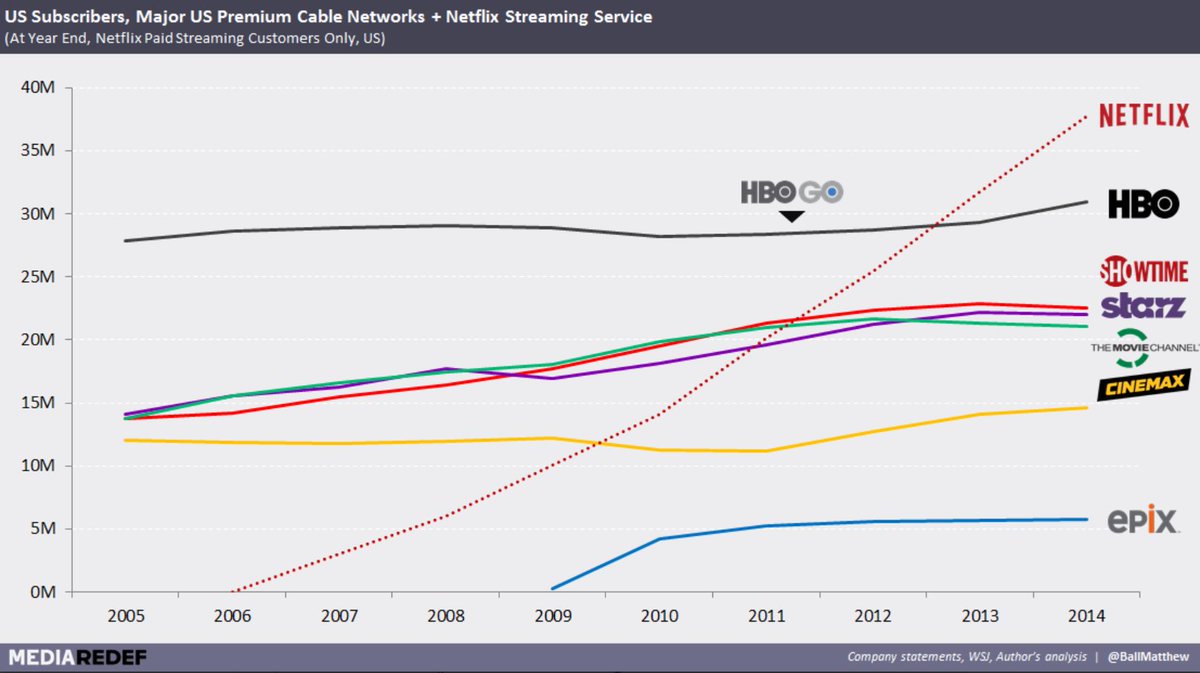 But kids is mostly a retention play

More importantly, you need lots of content around it. You don't serve an audience by having 1 of 20 releases be for them.