Our cautionary tale about functional neuroimaging genetics of language is a featured article in this week's Journal of Neuroscience @SfNJournals. Here's a thread that breaks down the story. 1/9  https://www.jneurosci.org/content/39/44/8778 … 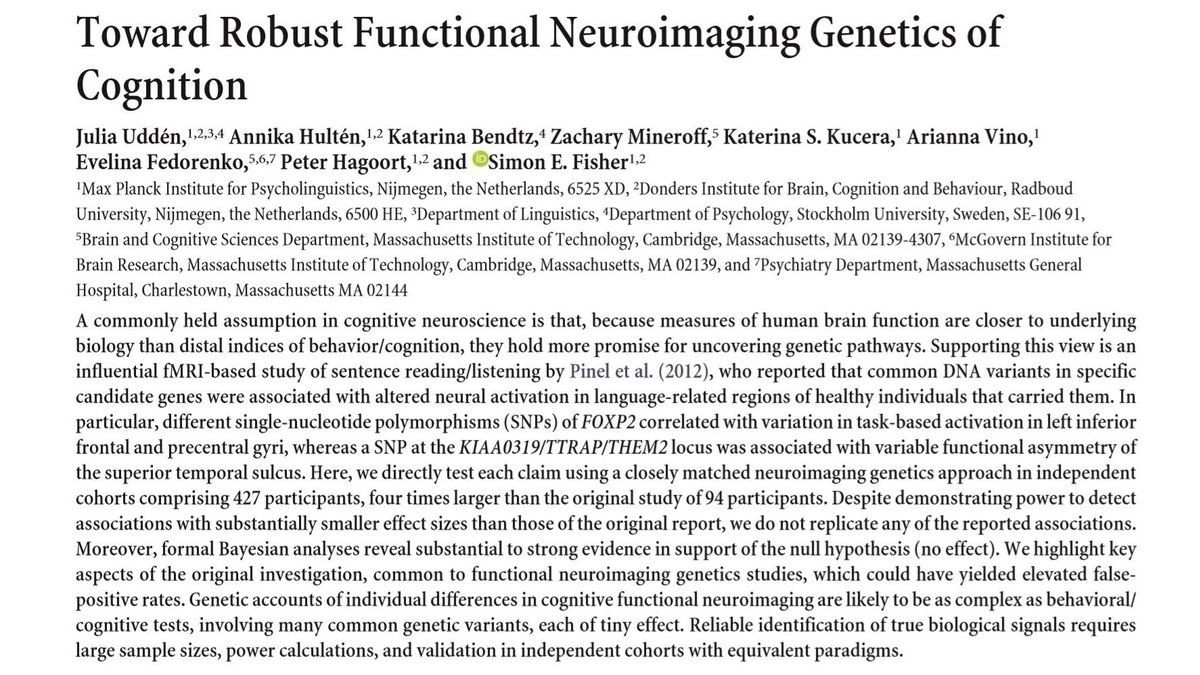 Within a population, DNA sequences vary from one person to another. Millions of positions in the genome are polymorphic i.e. different people carry different nucleotides at the site. We can test whether variation at a polymorphic site is associated with a trait of interest. 2/9

Unlike rare mutations that dramatically disrupt gene function, the effect size of a single common DNA variant on a trait is usually tiny at best, even if in aggregate all polymorphisms across the genome make a big contribution. Welcome to the world of multifactorial genetics. 3/9 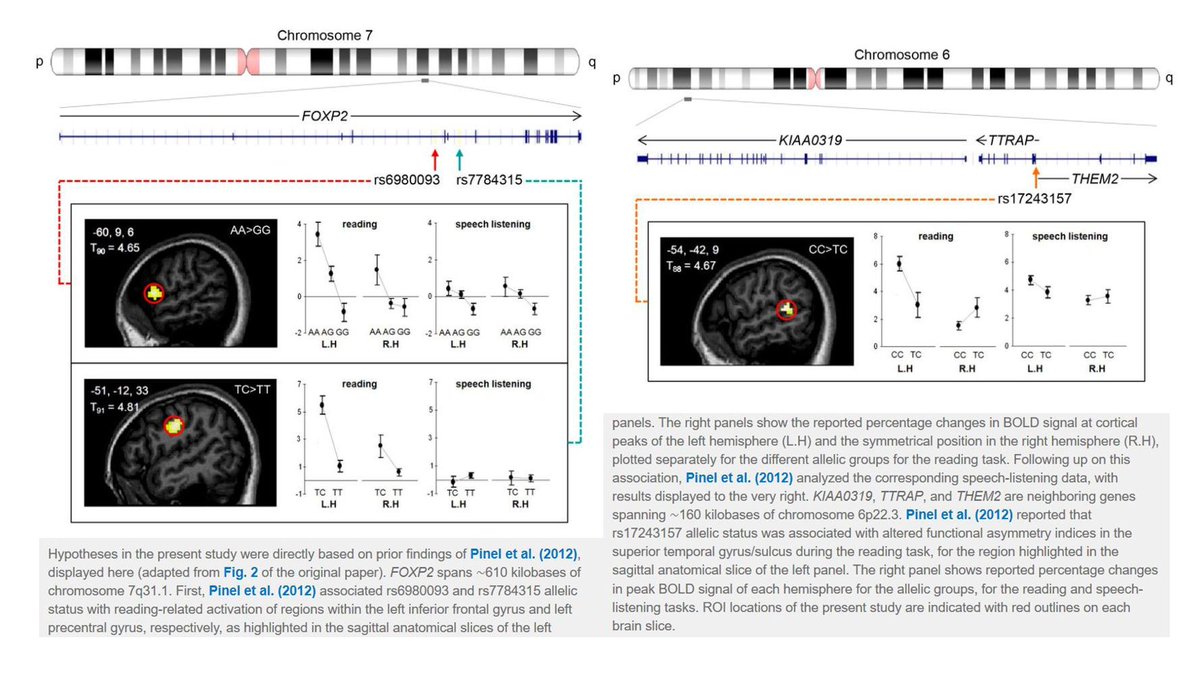 We tried to validate claims in independent cohorts of 427 people, 4 times size of prior study. Despite having power to detect much smaller effects than those reported by Pinel et al, no associations replicated. Bayesian stats => substantial/strong evidence supporting the null.6/9 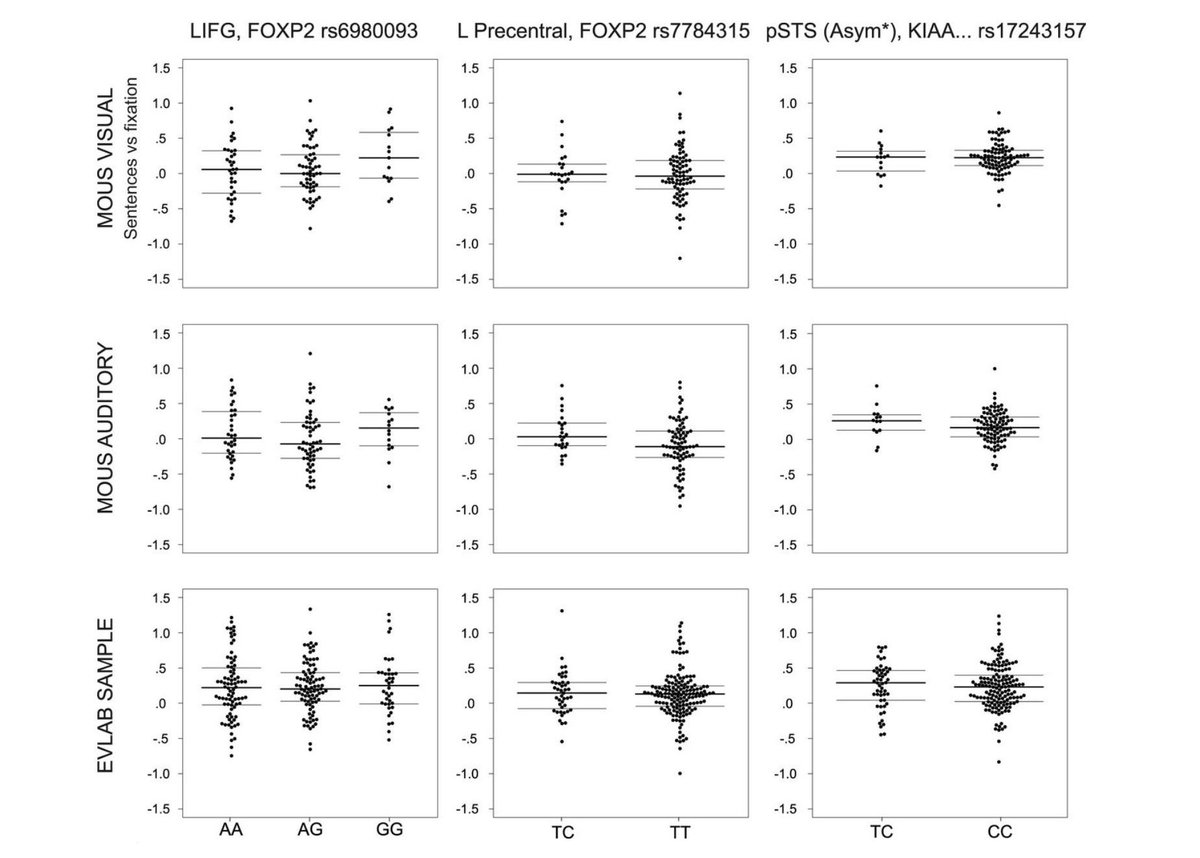 Multiple studies took Pinel et al (2012) as motivation to test the highlighted polymorphisms for association with questionnaire data or behavioural/cognitive measures; results have not been compelling. None attempted a direct replication with a matching experimental paradigm.7/9

Sadly, your genes don't care whether you were tested with a pen-and-paper word list or an expensive sophisticated brain scanning technique. Neuroimaging genetics with task-based fMRI should be subject to same rigorous standards as studies of other complex human traits. 9/9