(Thread) Authoritarians have Baked in Advantages

@Janeinsanjose, authoritarians have always exerted power beyond their numbers because of their nature.

1/ My information about the right wing authoritarian (RWA) personality comes from “RWA Scale” (Saunders & Ngo), @JonHaidt and @karen_stenner essay in this book⤵️, and other sources as noted. 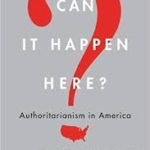 2. Authoritarians (also fascists) tend fall in line behind a leader. They move in lockstep and like to have sort of uniform or identifying clothing (Source: Paxton ⤵️) Red MAGA caps, perhaps?

They will give up their individuality for the sake of the group. 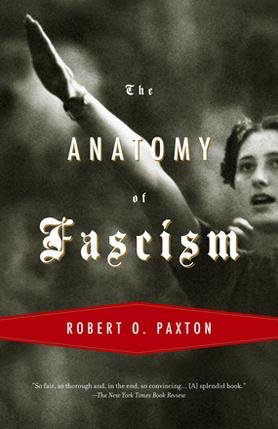 Conspiracy theories happen on both ends of the political spectrum, but those those on the far right in America are more dangerous and extreme.

4/ In @MaxBoot's heartfelt mea culpa, he explains how, in the name of unity, those on the right will overlook all kinds of evils⤵️

Prior to the Civil Rights movement, RWAs (right wing authoritarians) in America were spread between both parties . . .

5/ Now they are not only concentrated in the GOP, they have taken over the GOP.

This makes the Republican Party dangerous. For how the shift occurred, see:  https://terikanefield-blog.com/in-which-i-respond-to-a-senior-trump-advisor/ …

6/ Non-authoritarians, on the other hand, value individuality, so they tend not to fall in line behind a single leader. They like to debate, pontificate, split hairs, and analyze. They don't stay on message as well as RWAs.

7/ Another advantage: Right Wing Authoritarian are also reactionary: They want to go back to a bygone era. To get there, there are willing to destroy.

Being willing to destroy makes them willing to break rules and norms.

Obviously the side that cheats has an advantage.

8/ On the other hand, there are way non-authoritarians who want to preserve democracy.

Actually right now, because of the effectiveness of the right wing organization, and how complacent so many people are, it seems like it's more like 60/40 🙁

9/ Because we have numbers on our side—and because our institutions are holding out—we can get through this, just like we've gotten through other authoritarian uprisings, if we remain active and engaged.

Adding this tweet from earlier today because I think it belong here.

All my threads are also blog posts. This one is here:  https://terikanefield-blog.com/authoritarians-have-baked-in-advantages/ …