Eric Garland+ Your Authors @ericgarland Intelligence analyst and advisor to CEOs and governments. I break down global events into clear narratives and appropriate profanity. Nov. 01, 2019 1 min read + Your Authors

Deutsche Bank conundrum: Sure, we're under investigation for connections to the Russian Mob, but should we keep selling real estate to Mobsters with ties to sanctioned Russian banks? Hmm...  https://www.wsj.com/articles/deutsche-bank-approved-property-sale-to-russian-businessman-despite-internal-objections-11572536592?mod=lead_feature_below_a_pos1 …

"On one hand, these guys are straight-up Soviet-holdover-Mobsters tied to the sanctioned VTB and Gazprom, but on the other hand...money!"

"Technically, we sold it to a Delaware LLC!" should be considered the scariest sentence in all of finances these days. Not so for intrepid Deutsche Bank! 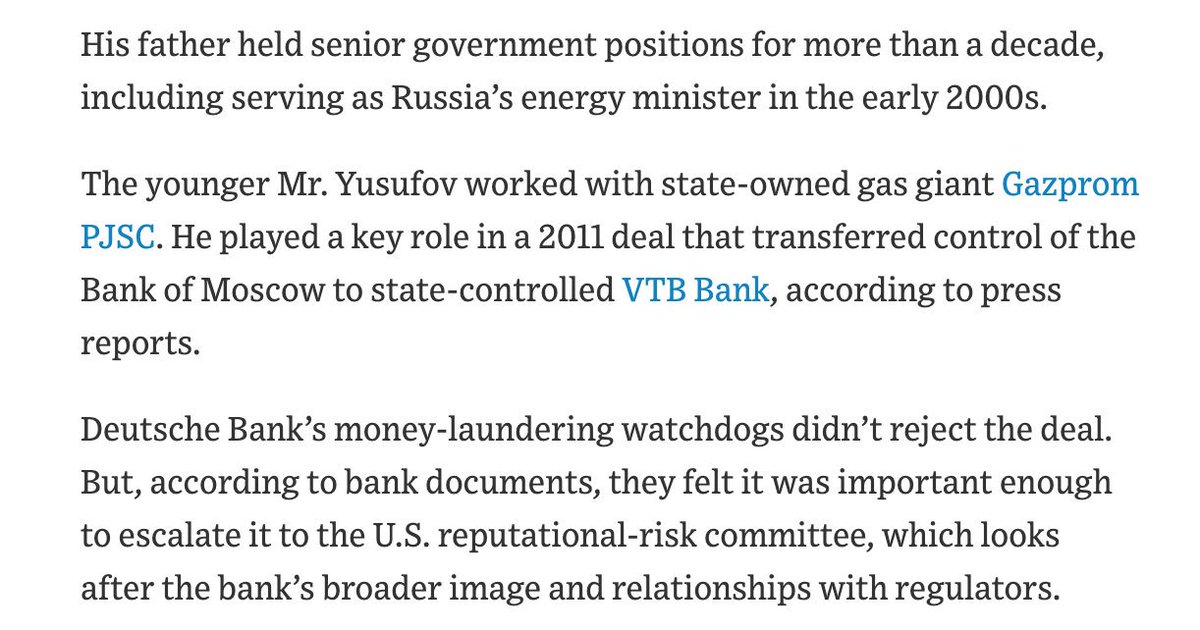