1/ The theme of our next Lux quarterly letter to partners: technology & truth; deception & detection...

A few excerpts of a draft.

-We're all liars
-We lie because it works
-Technology evolves in the 'arms race for reality'
-Self-deception has a non-obvious societal virtue... 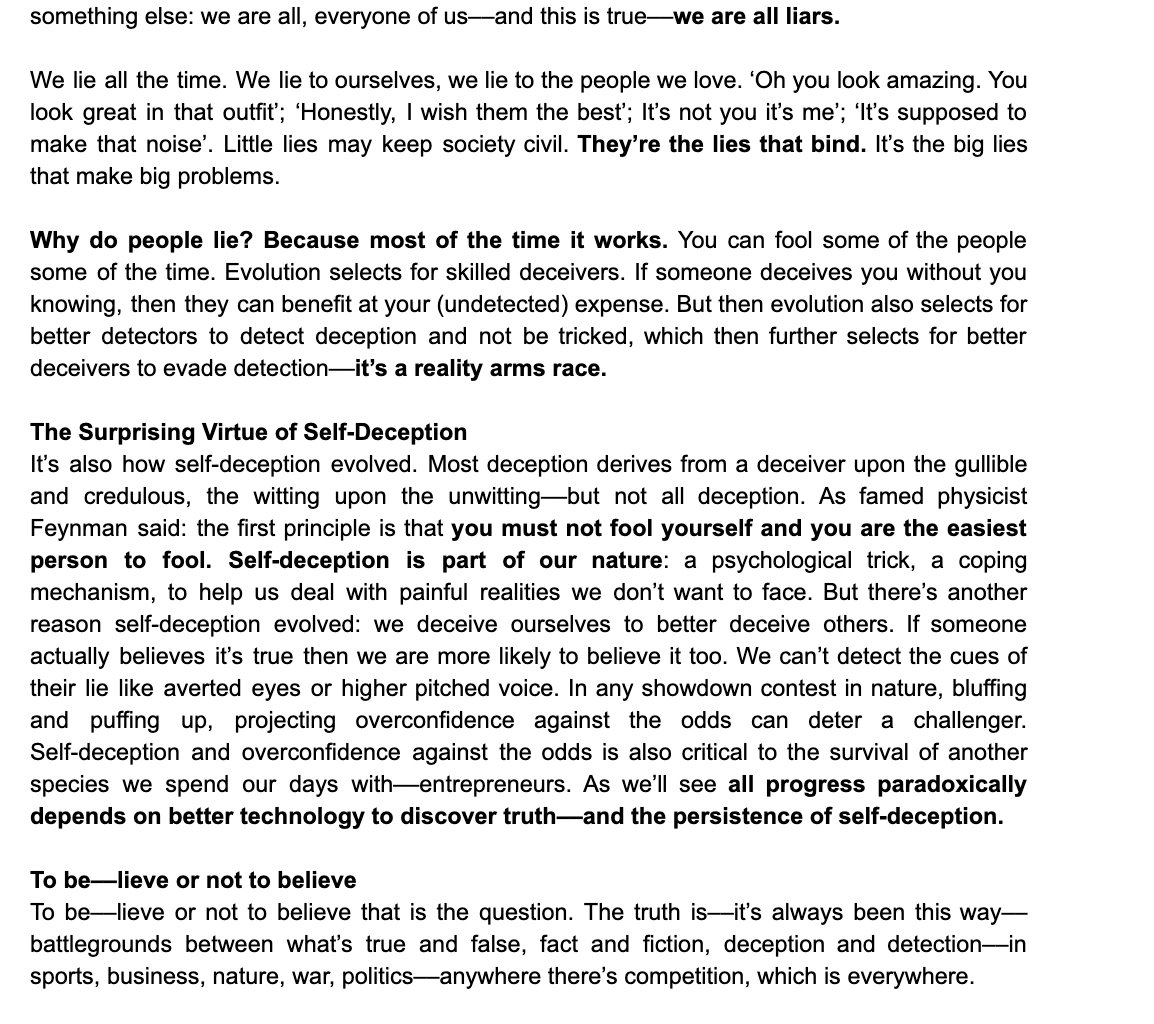 Both animals + militaries want to hide:
"we're here but want you think we're not" 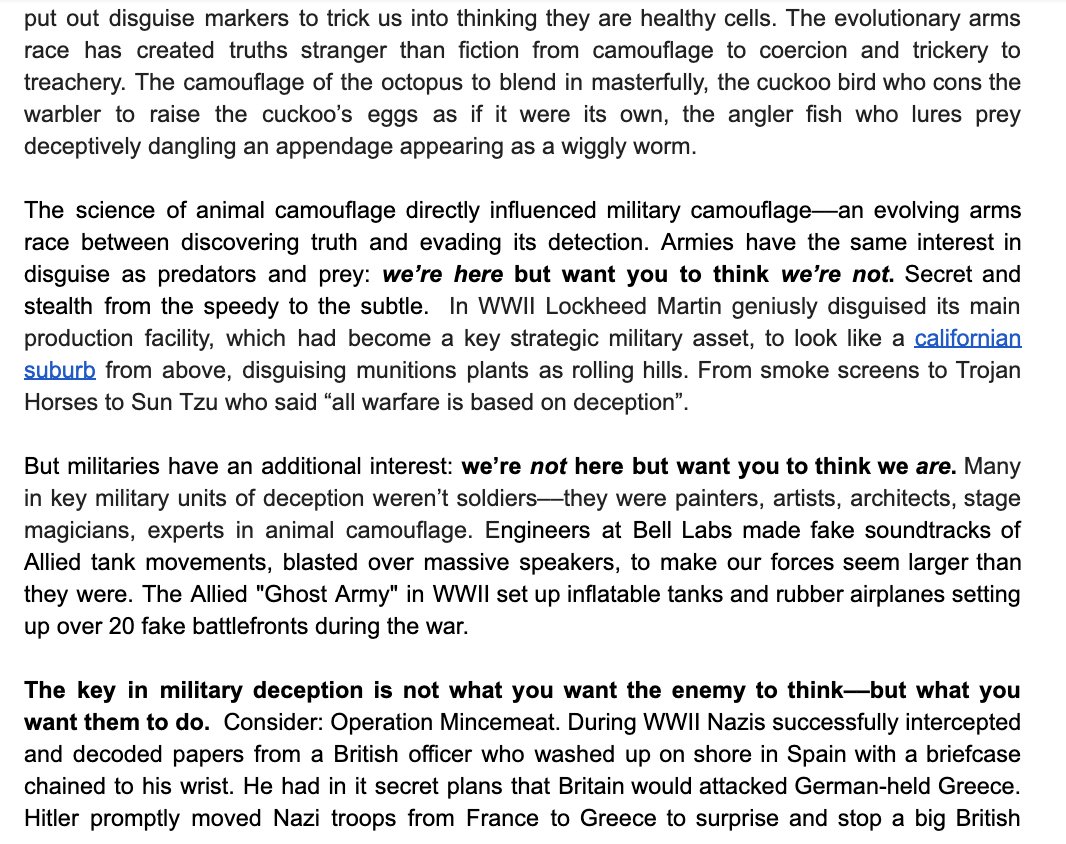 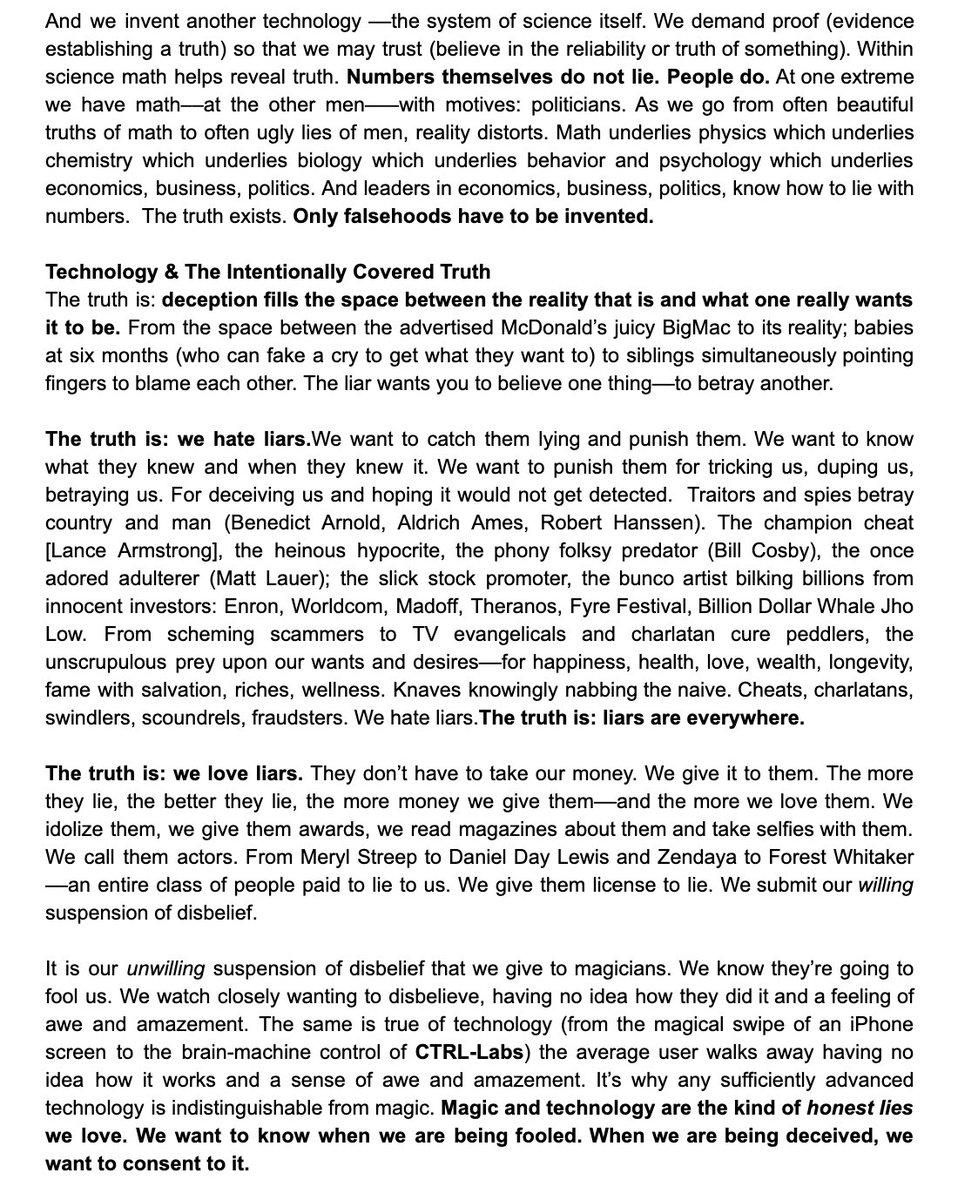 If you're skeptical, lies don't work on you

THUS we have moral imperative to advance tech

on better technology to discover TRUTH––

and the PERSISTENCE of self-deception (in ambitious founders forging the future & fighting against the odds)..