(Thread) How Trump’s lies keep him in power

💠When Trump lies, it energizes his base.

This, for example, is a fairly obvious lie⤵️

Most of Trump's supporters and surrogates know he’s lying and they love it. 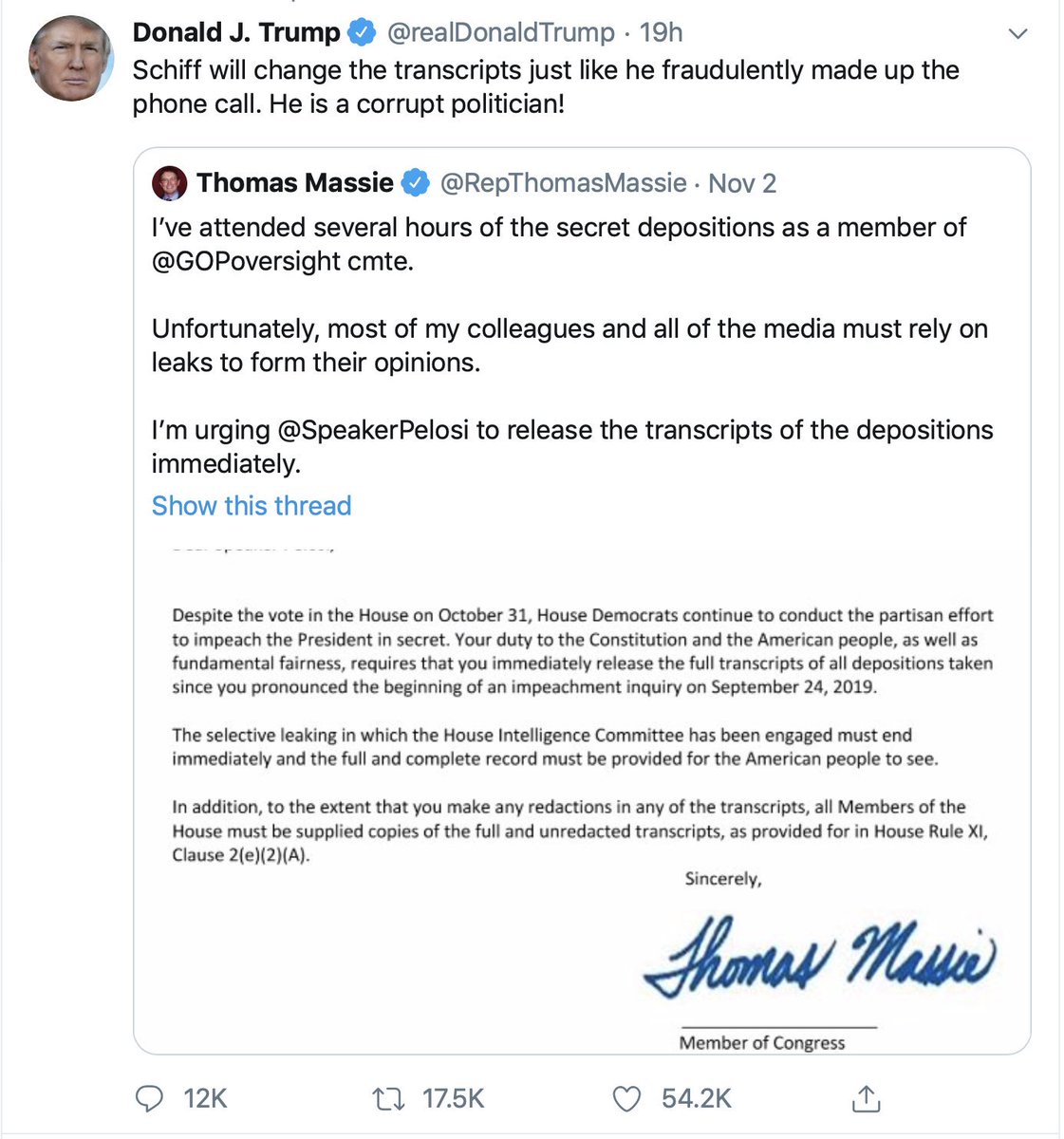 2/ This is how many of Trump’s supporters see him ⤵️

When Trump lies, his "enemies" become enraged. The "lions" spin in circles trying to disprove the lies.

This creates a self-fulfilling loop: The more outraged Trump's critics become, the more energized his base. 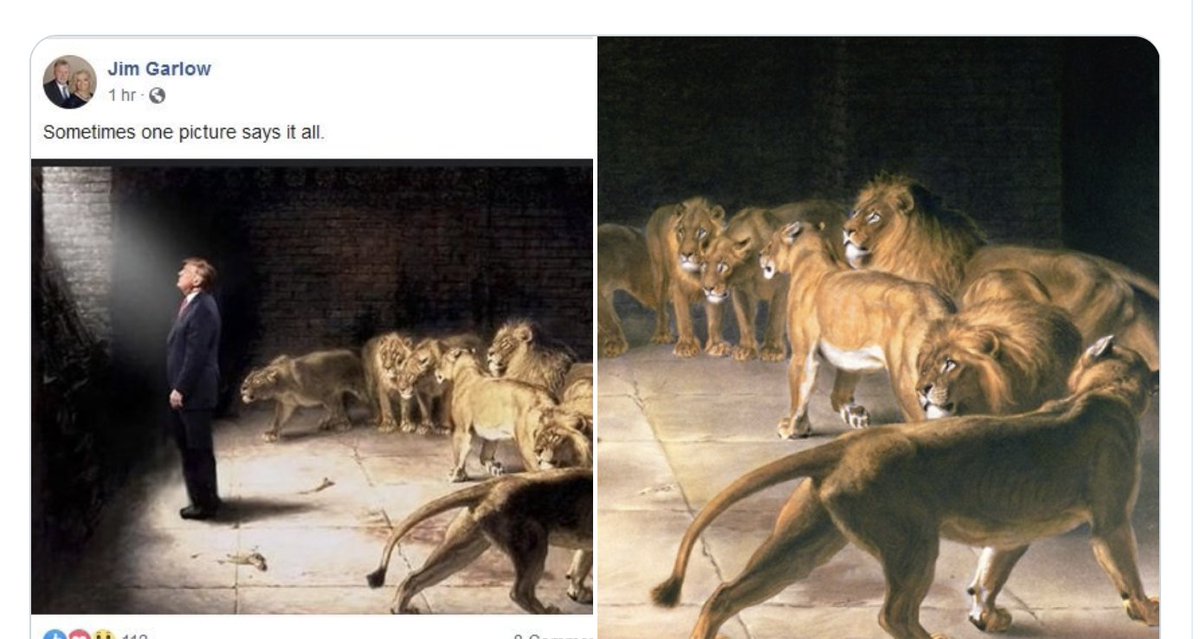 3/Trump's supporters also understand that the lies are destructive—and they want to destroy.

So the lies do double duty.

For more on why Trump's base believes [or pretends to believe] all his lies, see my Slate article⤵️
https://slate.com/news-and-politics/2018/10/trump-lies-kavanaugh-khashoggi.html …

In early 2019, he dipped when he shut down the government.

2 years ago, he hit a low when the Manafort-Flynn details came out.

5/ Trump's lies help keep his support steady because of the effectiveness of what the Rand Institute calls the Firehose of Falsehood propaganda method.

For more on this technique and how to combat it, see:

6/ The lies not only energize his base and help destroy democracy (by undermining truth and factuality) they also confuse people who are not paying close attention.

This helps keep his approval rating from falling.

7/ Here’s how Trump’s lies keep him in power:

The GOP leaders needs Trump’s base to get reelected.

Trump's lies keep his base energized.

As long as his base is energized, he figures enough GOP Senators will vote to acquit, thus keeping Trump in power.

8/ Two things will help combat this.

First, put raincoats on the population to protect them from the Firehose of Falsehoods. How? See⤵️

Second, the House drafts Articles of Impeachment so compelling that the GOP leadership splinters over how to respond.

9/ So far, it looks to me like the House knows what it’s doing.

I agree with this assessment of Pelosi:

Remember: Removing Trump from power will not end this nightmare if the Trump-FOX-GOP Reactionary party remains intact.

10/ The best outcome from the Senate trial is for the Fox-Trump-Reactionary Party to end up in disarray, and then smashed in 2020 so a true center-right party can arise from the ashes.

What do I mean by Reactionary [for new followers] See⤵️

Agree. Plus, the House has hired excellent lawyers.
I have seen no fault with their strategy.

Does this mean the Senate will acquit? Still not likely, so expect to hear cries of "exonerated!"

But most of the leadership knows.

BTW, it could happen that the Senate removes.

At this point, I lean toward "still unlikely."

I think it's important to have reasonable expectations.

Unreasonable expectations leads to disappointment, cynicism and loss of faith in democracy, which helps kill democracy.

He declares himself exonerated, nothing will change in his approval, and we march toward Nov 2020.

Ukraine was to gain an advantage in the election. That didn't work.

Snyder (@TimothyDSnyder) talks about how, at the beginning, there's often a honeymoon period with authoritarian rulers.

Some people are initially enthralled by a strongman breaking the rules and shocking the "establishment."

. . .the honeymoon phase wears off as they become aware of the problems. In Russia, for example, nobody can talk about what comes after Putin.

Some people, though, always prefer autocracy.

If that's hard to believe, think how easily people become frustrated with democracy. . .

. . . check and balances, rules and regulations, and due process make it hard for an autocrat to take over.

It also makes it hard to get things done. If you don't believe democracy is slow, grinding work, run for local office and try to get something done.

. . .a lawyer was insisting that Trump be removed from office RIGHT NOW.

The person said 'removed" not "impeached" —and knew the difference.

"Right now" is really only possible in autocracy where rules and checks can be ignored.

It's easy to lose patience with democracy.

All my threads are also blog posts. This one is here:  https://terikanefield-blog.com/how-trumps-lies-keep-him-in-power/ …