(THREAD) BREAKING: Unless I'm mistaken, not only did the Ledeens (Flynn friends) begin looking for Clinton's server in June 2015 at the *latest*, they worked with ICI, which has offices in... the United Arab Emirates. Someone tell me what I'm missing here.  http://voyagemia.com/interview/meet-earl-johnson-international-consultants-investigations-inc-fort-lauderdale-nyc/ …

1/ There's a lot of critical information in the BUZZFEED Mueller Memo dump (from the FBI), and much of it corroborates and confirms the allegation that Erik Prince committed perjury before Congress. But the most shocking information involves Barbara/Michael Ledeen and Mike Flynn.

2/ In June 2015, Michael Ledeen and Flynn were working on a book together. Meanwhile, Michael's wife Barbara was pitching Steve Bannon on a massive hunt to find Clinton's emails to destroy her political campaign. Ledeen uses the term "we" to describe her plan to work with Bannon.

3/ Ledeen, who's very much in Flynn's friend group and intimate sphere in June 2015, is seeking a *huge* amount of cash—much of it later supplied by Erik Prince—to work with a company she identifies as ICI to conduct intelligence operations (including *international*) on Clinton.

4/ I went down some dead ends before finding the company I think Ledeen is referring to: International Consultants & Investigations, which has an office in the UAE. This appears to be a picture of its founder, Earl Johnson.

5/ FWIW, the international HQ of ICI is less than half a mile from Trump's house in NYC (Trump Tower).

6/ In 2015, Barbara's husband Michael was working with Flynn and former (Michael) Ledeen boss Bud McFarlane to set up a joint US-Russia nuclear deal in the Middle East... with the UAE. Barbara's Clinton-destroying ICI plan only worked with Trump as POTUS. ICI is partly UAE-based.

7/ ICI's other office (besides less than half a mile from Trump Tower and in the UAE, where Trump does major business) is in Fort Lauderdale—where Mar-a-Lago is. Doesn't that feel insanely convenient? Like, what are the chances? Feels like at least some questions should be asked.

8/ ICI boasts an "international network of operatives to assist in investigations," and indeed Flynn's pal Barbara Ledeen was in June 2015 telling future Trump campaign CEO Bannon that to get Clinton's emails foreign intel operations would be needed. From... a UAE-linked company?

9/ Weeks after Flynn's pal Ledeen pitches ICI to Bannon, guess who Trump summons to Trump Tower to talk to him? Michael Flynn.

10/ Keep in mind, the conspiracy theory Flynn's pal Ledeen pitched to Bannon in June 2015—days before Trump announced his presidential run—is the *same conspiracy theory* Trump was hunting down every single time he shook down the Ukrainian government.

11/ Hey, know who lives in the UAE, where ICI has an office, and helped fund ICI's efforts on Ledeen's behalf?

12/ I'm going to leave this here: a major ICI client is the police department of St. Thomas... where Epstein's private island (which the St. Thomas police left alone) was.  http://icicompanies.com/security-assessments-training-services/ …

13/ I'd be amazed if we don't find out there's a Prince/ICI connection.

14/ I guess I just found a Prince/ICI connection: the Director of ICI's Middle East Division, Abdulhamied Alromaithy, appears to work for... the government of UAE? Just like Erik Prince was, in 2015? Jesus... did UAE fund Trump's hunt for Clinton's emails?  https://www.culturaldetective.com/who/creates-cd/5-abdulhamied-alromaithy.html …

15/ Confirming I have the right Dr. Abdulhamied Alromaithy with this picture, which places him with the head of ICI, Dr. Earl Johnson: 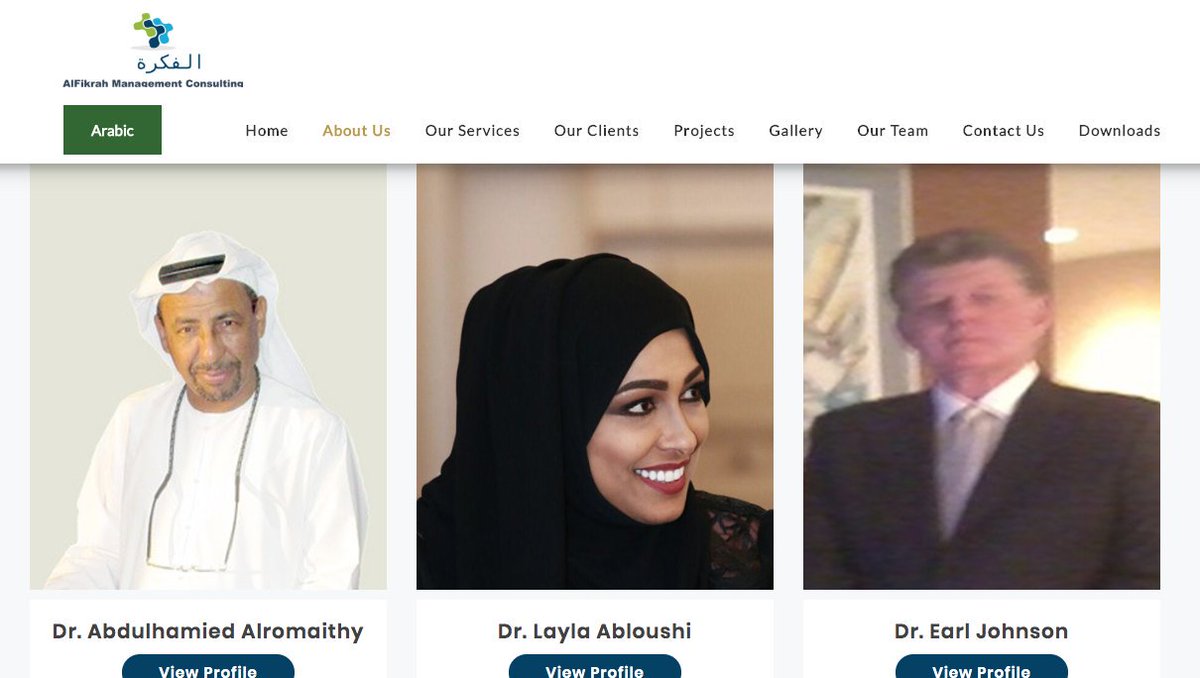 16/ So the UAE government is paying Prince, and Prince pays Alromaithy's ICI (Alromaithy being an Emirati government agent himself) to conduct intelligence operations on Clinton DURING THE CAMPAIGN, and those ICI services are pitched by Ledeen/Flynn to Bannon. Do I have it right?

17/ The conspiracy theory the Emiratis were funding the investigation of (illegally) during the 2016 campaign...

What did I say? It's all *one story*. Not many different scandals.