I've been trying to put out the "quid pro quo" forest fire with my squirt gun as soon as the story broke.

All you need to know is this: Trump WANTS us to be talking about quid pro quo.

How do I know that?

Because he's the one who introduced the phrase. . .

Right here, on September 9, is the first introduction.

Sondland himself explained what happened during these two messages:

He wasn't sure how to answer, so he called Trump. See the next tweet . . .

It is one ELEMENT of bribery, but only one.

Why does Trump want us talking about "quid pro quo?"

Because it's a misdirection.

I believe "No quid pro quo" was on that Republican talking point memo.

The Republicans say it. Everyone else repeats it.

It's the "no collusion" trap. Trump says, "NO COLLUSION," and then everyone says, "Yes collusion and shows there was exchange of value. 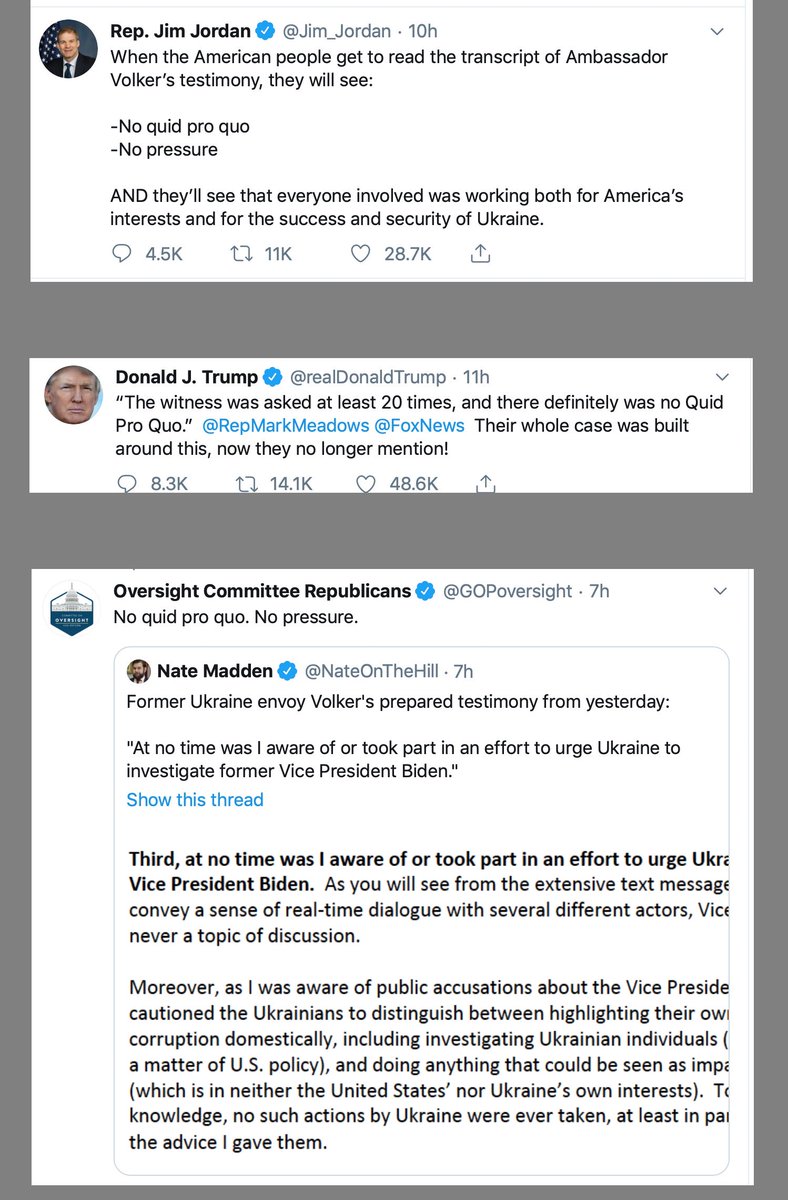 People who underestimate Trump, remember this: Trump is still able to control the national conversation. Even when he's the subject of this impeachment probe, he defines the parameters and terms and controls the media narrative.

Extortion is better than bribery.

Is it bribery if a parent says to a young child, "I will give you food today if you clean your room."
Not really.

I have no doubt that actual crimes will be included in the Articles of Impeachment, but I suspect . . .

. . . that the wrongdoing will be framed as abuse of power, self-dealing, and using the levers of government for personal benefit.

🤣🤣🤣 that wasn't the thread! That was the question I was going to answer!

Poor Benzo will get his mentions flooded.

(see if I can pass Cut-And-Paste class)

Thanks for this, Tracy. Interesting detail.

I believe he knew, when he had that conversation with Sondland, that he was intentionally introducing a Latin phrase as a misdirection.


I'm always on the "stop underestimating Trump" side of arguments.