Janelle Shane+ Your Authors @JanelleCShane I blog at aiweirdness.com/. My book "You Look Like a Thing and I Love You" is out Nov 5th! Research Scientist in optics. she/her. wandering.shop/@janellecshane Nov. 04, 2019 1 min read + Your Authors

On the feral self-driving scooters of NYC

The op ed is from 2031, written by a behavioral ecologist studying self-driving scooters with evolutionary programming, who have been evolving on the streets of NYC for 10 years.

Online reviews of the scooters are ...mixed

The scooter evolution is as realistic as I could make it - given the goal of maximizing fare and avoiding dead batteries, it only makes sense that the scooters would devise strategies that don’t, um, prioritize human convenience.

Think of them as giant blue beeping pigeons

or west side story style dance fights between ThreeBeeps and BeepBoops

Fun fact: The company Interscone and the currency CloudBark were both named by a neural net I trained on startup company names

i used the GROVER neural fake news generator to get more details on what the future feral self-driving scooters are up to. 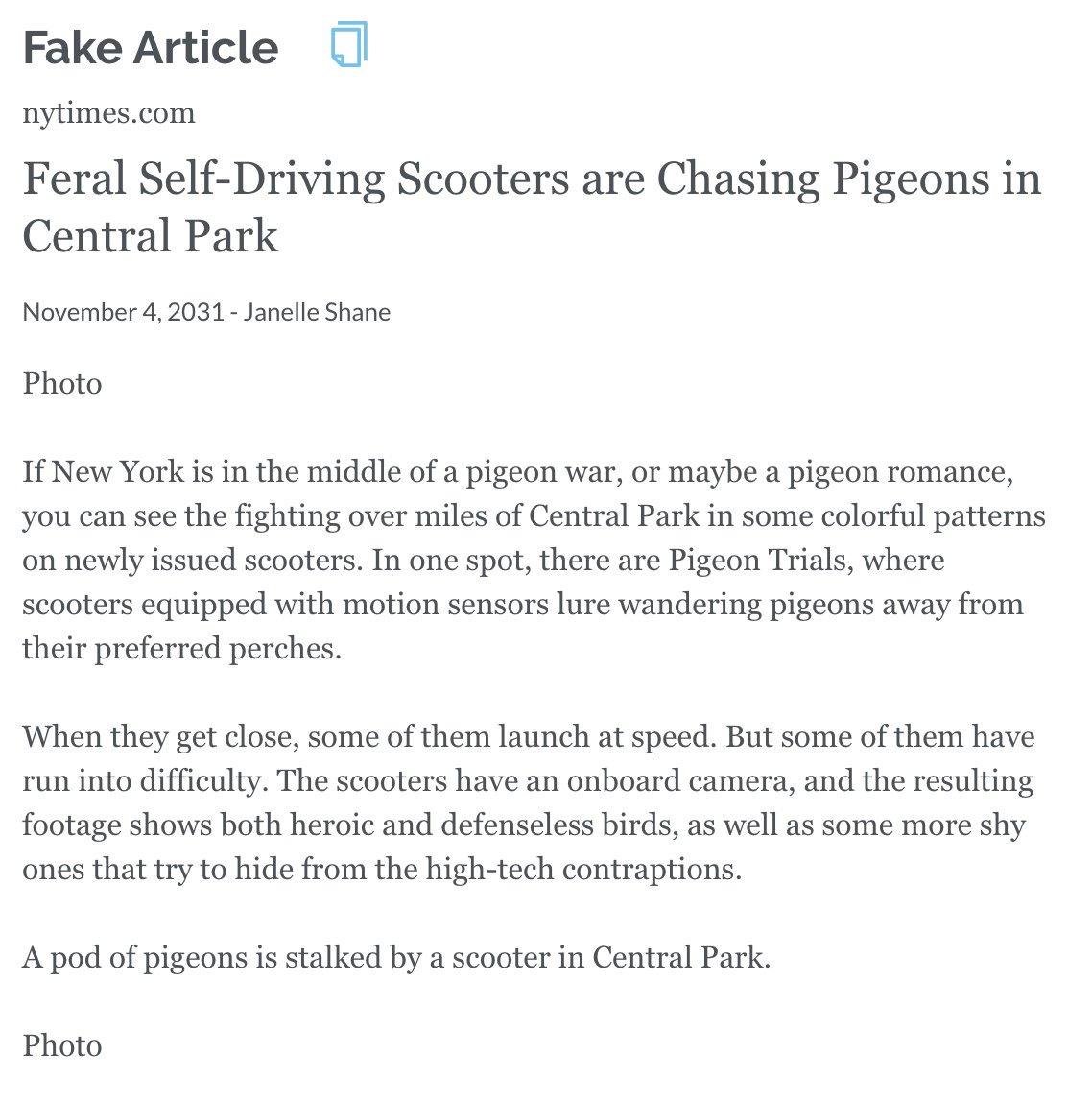 I write more about evolutionary algorithms, and artificial organisms adapting to really weird environments, in my book that comes out TOMORROW(!!):

It's all fun and games until you become a werescooter 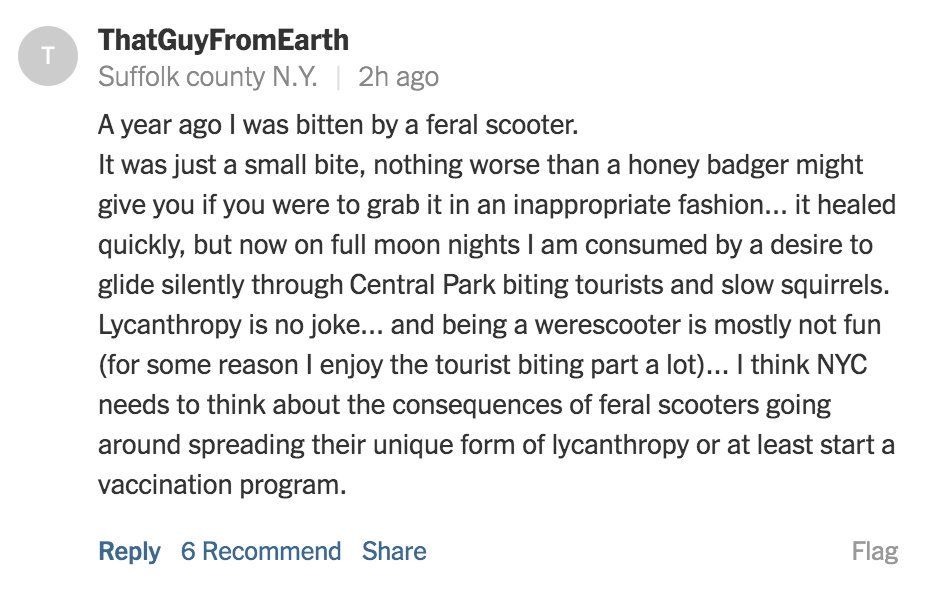