North Carolina Republicans frequently have legislated by ambush since they took control of the legislature in 2010 & gerrymandered it to guarantee GOP majorities. Same NC GOP that's trying to hold a sneak attack budget override vote when Dems are absent 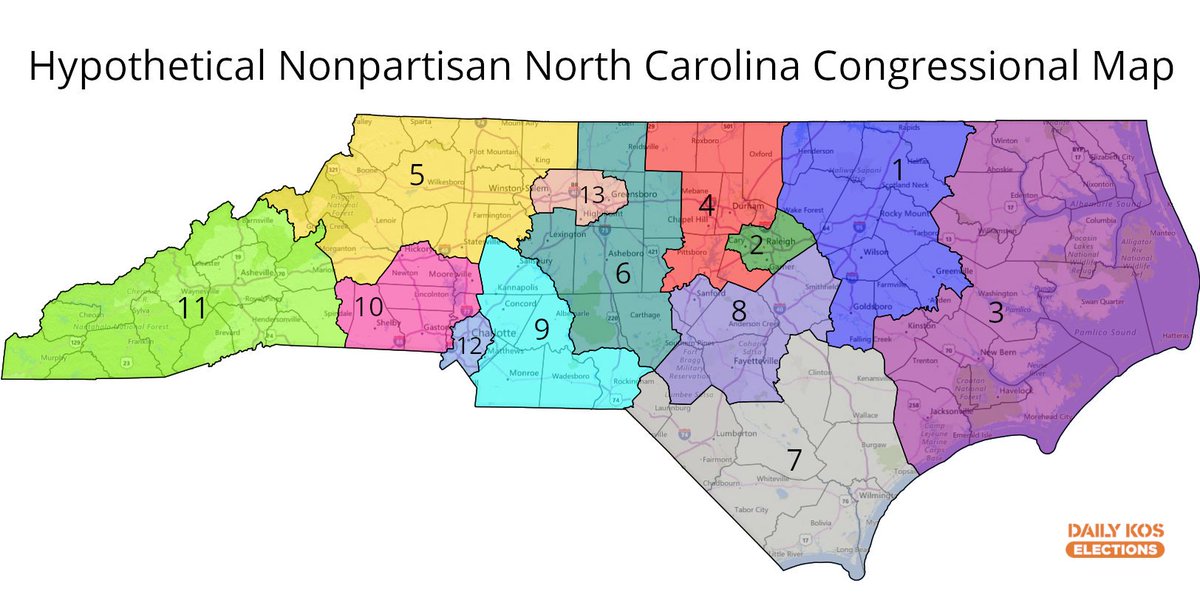 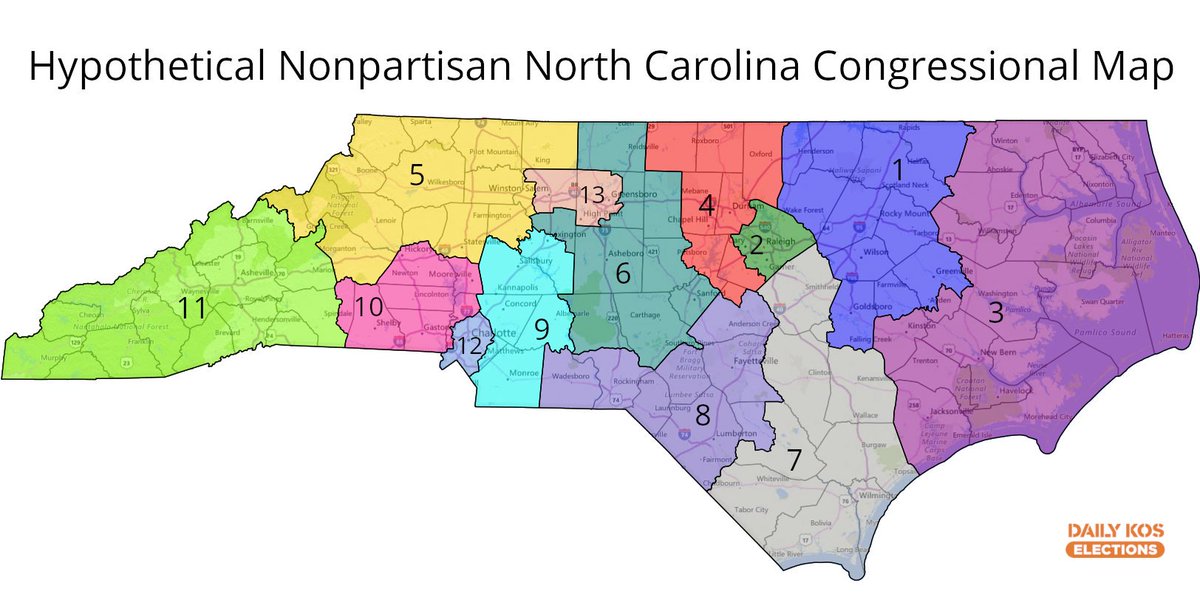 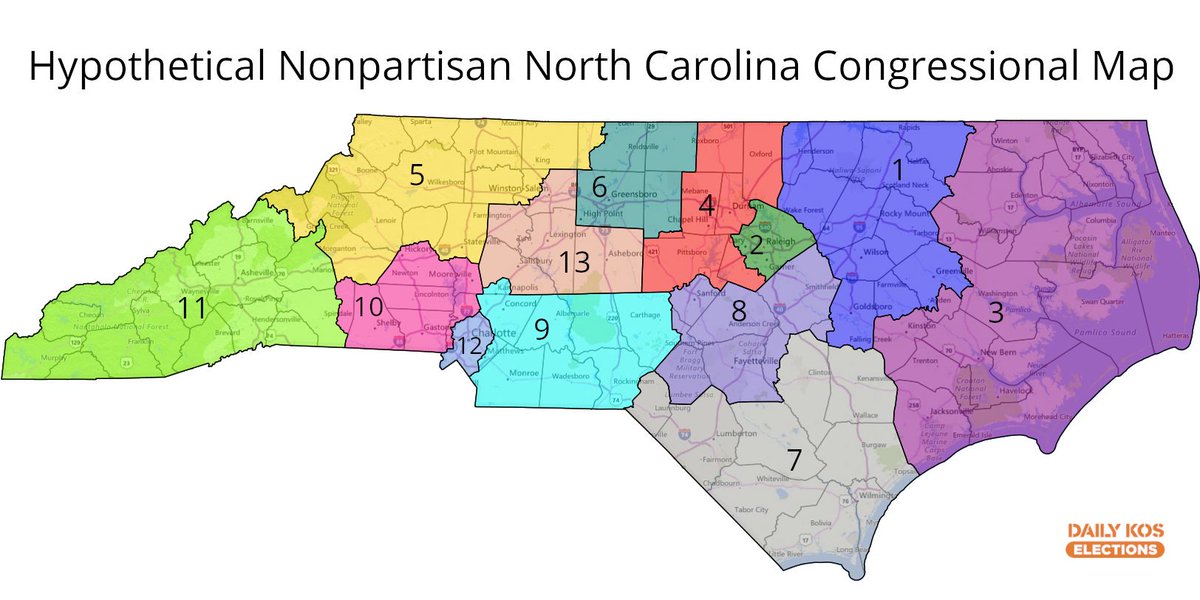 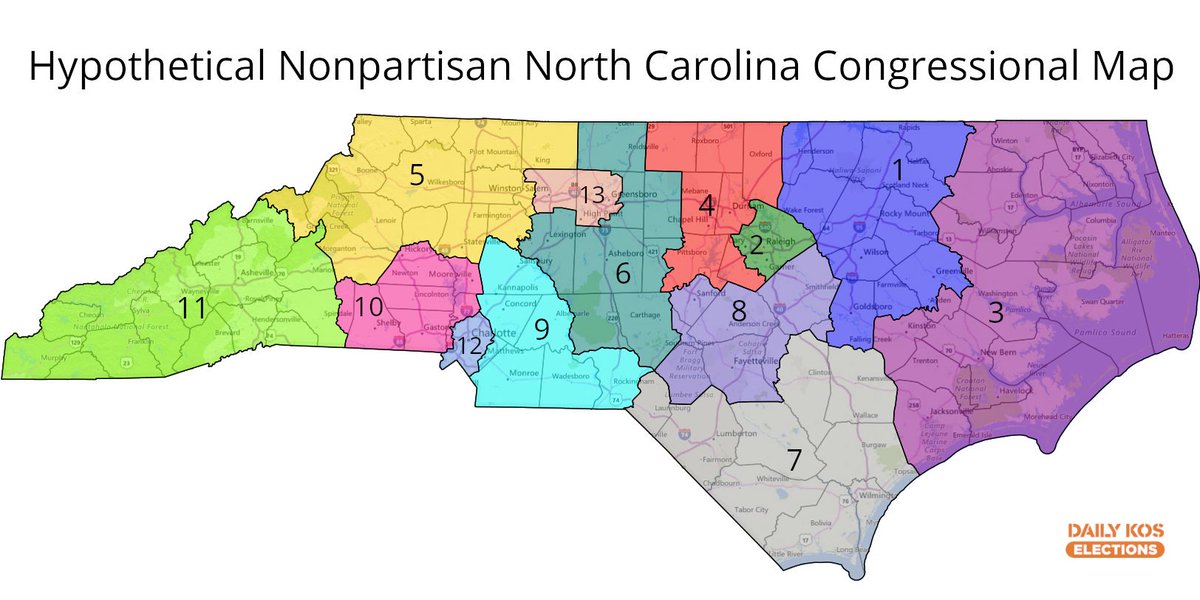 I expect North Carolina GOP to draw a new "stealth" gerrymander that they'll try to use to satisfy judicial review. They appear afraid of appealing to the 6-1 Dem NC Supreme Court because they don't want to set a precedent in case they win back the court majority after 2022

Unsurprisingly, North Carolina Republicans aren't acting in good faith when it comes to redistricting. I know, you're shocked

Of these maps, the first one prioritizes not splitting cities, & it splits zero incorporated cities aside from Charlotte, which is too big for a single district anyway. The other three maps give higher priority to avoiding the splitting of voting districts