A year later, the legacy of the Google walkout has been far-reaching and complicated. Efforts have given rise to a network of worker-led movements both inside Google and in the broader tech industry. @JMBooyah reports:  https://www.latimes.com/business/technology/story/2019-11-06/google-employee-walkout-tech-industry-activism …

It's a new strain of worker activism, in which employees are as preoccupied with the social impact of the multi-billion dollar companies that employ them as they are with their own work conditions. 📸: Bryan R. Smith/AFP/Getty Images 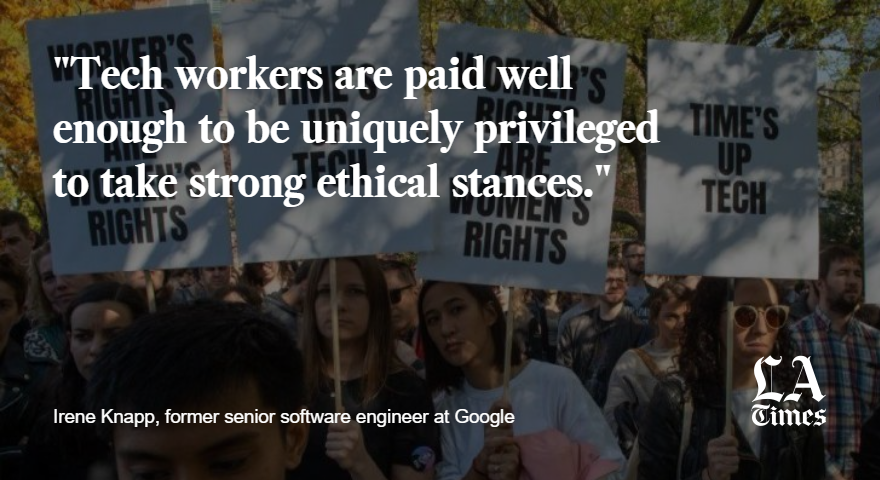 Organizers of the walkout say it helped them see the influence they can wield through collective action. One group at Google now focuses on ending forced arbitration, a policy that prohibits employees from taking their employer to court. 📸: @jaylclendenin 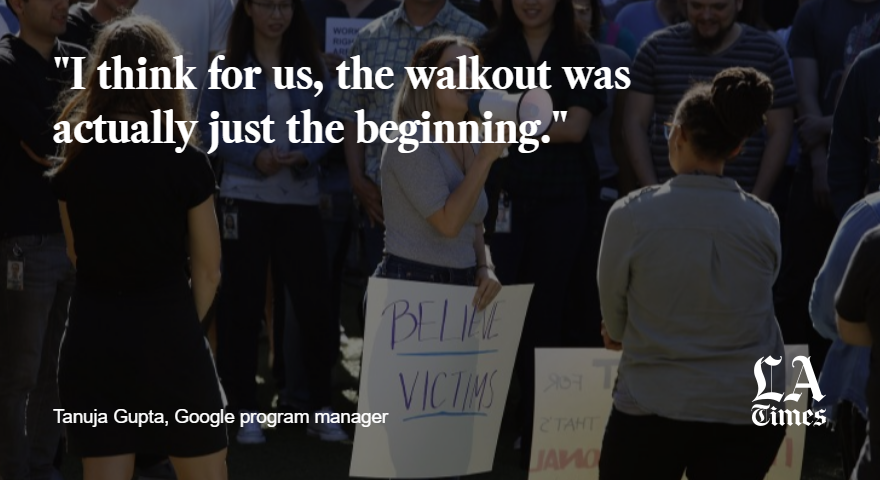 The Times spoke to 10 former and current Googlers. All see walkout as just the start of what they expect will be a sustained effort by workers at Google and elsewhere to pressure companies to act more ethically - instead of prioritizing the bottom line.  https://www.latimes.com/business/technology/story/2019-11-06/google-employee-walkout-tech-industry-activism …

Here's what the Google walkout protesters demanded from the company - and what they got:  https://www.latimes.com/business/technology/story/2019-11-06/google-walkout-demands …