I've just released a fairly lengthy paper on defining & measuring intelligence, as well as a new AI evaluation dataset, the "Abstraction and Reasoning Corpus". I've been working on this for the past 2 years, on & off.

3) A presentation of the goals of ARC and the logic behind it.

This definition is my attempt to formalize things I've been talking about for the past 10 years (in talks, conversations, on Twitter), into something useful and actionable. ARC itself has led me towards very interesting research directions, and I hope you will find it useful too.

I want to emphasize that the definition provided here isn't meant to be the "one true" definition. That's not the point. Intelligence is complex, and may be different things in different contexts. Many possible definitions of intelligence or AI can be valid.

Lately I've made good progress on an algorithm that is capable of solving at least part of ARC, based on a theory of cognition (autonomous abstraction) that I've been working on for a long time. I hope to be able to share these ideas & code soon

The theory has been in the making since 2009. It draws significant elements from project ONEIROS (Open-ended Neuro-Electronic Intelligent Robot Operating System), which was a general AI architecture I worked on from 2009 to 2012 (then again briefly in 2014), then mostly abandoned

ONEIROS started from a classic RL mindset, and centered on 1) learning modular-hierarchical "maps" of spatiotemporal features (using PMI matrix factorization as opposed to gradient descent), 2) context-switching via a form of attention, and 3) intrinsic motivation (curiosity) 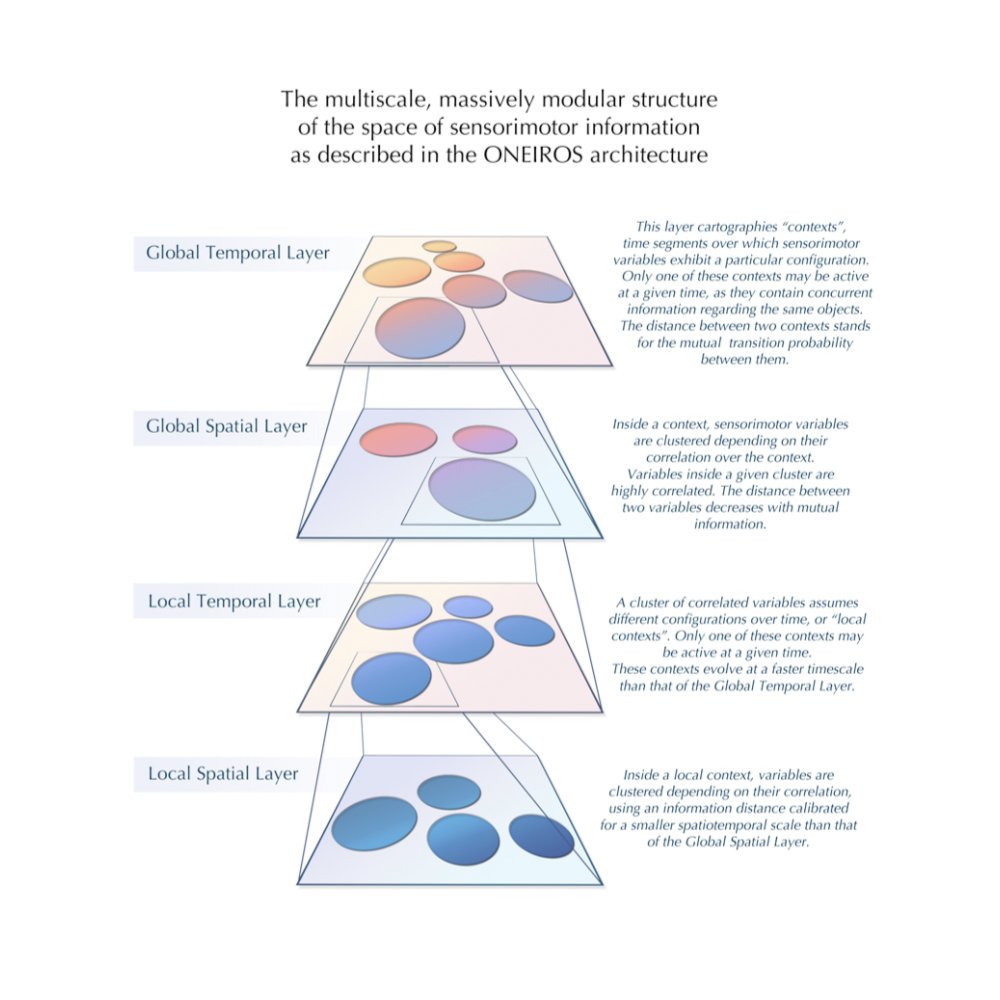 The tagline was "cognition is a dynamic, hierarchical-modular map of the space of sensorimotor information". I also called it "map theory" -- there are perhaps two people in the world who will remember me preaching about it around 2010-2012

Dr Filliat @drFilliat may remember it because I did my best to explain it to him in 2011. I won't @ the other person

I think ONEIROS got a number of things right (especially given the context at the time -- this was mostly designed in 2010, with an attempt to implement a simplification of it in 2012), but ultimately it did not touch the most essential point: the nature of abstraction

Which is what I'm working on now. This is fundamentally what ARC is about

Fun fact: the name "Keras" derives from ONEIROS (cf. the gates from book 19 of the Odyssey)