Eric Garland+ Your Authors @ericgarland Intelligence analyst and advisor to CEOs and governments. I break down global events into clear narratives and appropriate profanity. Nov. 06, 2019 1 min read + Your Authors

JESUS TAPDANCING CHRIST - Trump strong-armed a foreign president into appearing on CNN for an interview about a bogus investigation into a political opponent - and CNN went along with it. 🔥

While at NBC, Jeff Zucker gave 10 years of TV time to a bankrupt Russian Mob asset and told America he was a successful rich guy.

Then he agreed to let foreign heads of state directly engage in propaganda Ops against our democracy. 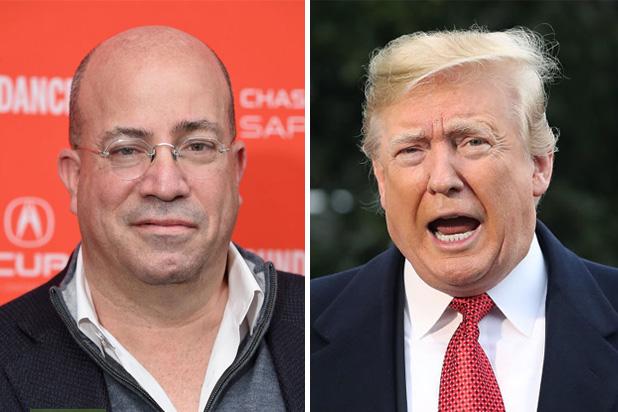 CNN WAS GOING TO BROADCAST FROM THE UNITED NATIONS GENERAL ASSEMBLY TO HELP ATTACK U.S. DEMOCRACY FOR THE RUSSIANS' BENEFIT???

Americans need to know every single person involved between Trump, Giuliani, Sondland, Lutsenko, Zelenskyy, all the way to EVERY EMPLOYEE OF CNN who planned to HIJACK UKRAINE'S PRESIDENT and the United Nations to run PROPAGANDA FOR TRUMP. 😱💣💣💣

Reminder of the demeanor of Zelenskyy and Trump at the UN General Assembly. The whistleblower exposé is the day after.  https://youtu.be/66sccUbO8ew?t=156 …