1. Scoop: ABC News execs believe they know who the former employee is who accessed footage of @arobach expressing her frustrations about her shelved Jeffrey Epstein story

2. In a statement, an ABC News spokesperson tells me: "We take violations of company policy very seriously, and we’re pursuing all avenues to determine the source of the leak.”

3. It's important to note that ABC News does not know if this former employee leaked the footage to Project Veritas. What they do know is who accessed the footage. It's possible that person could have shared it with others who leaked it.  http://bit.ly/2WO26Gp

4. As I noted in this thread, ABC News has confirmed they're conducting an investigation into the leak.

In response to an email, CBS News says they're declining to comment for this story.  http://bit.ly/2WO26Gp

5. Update: Two sources familiar with the matter tell me that CBS News has fired the staffer in question. This comes after ABC informed CBS that they had determined who accessed the footage of Amy Robach expressing her frustrations about the Epstein story.
http://bit.ly/2WO26Gp

6. The voicemails I get...love how this one unfolds...so many layers! And the ending!

7. The name of the former ABC News employee who was fired by CBS News this week is Ashley Bianco. In the past 24 hours she has deleted her Twitter and LinkedIn accounts. 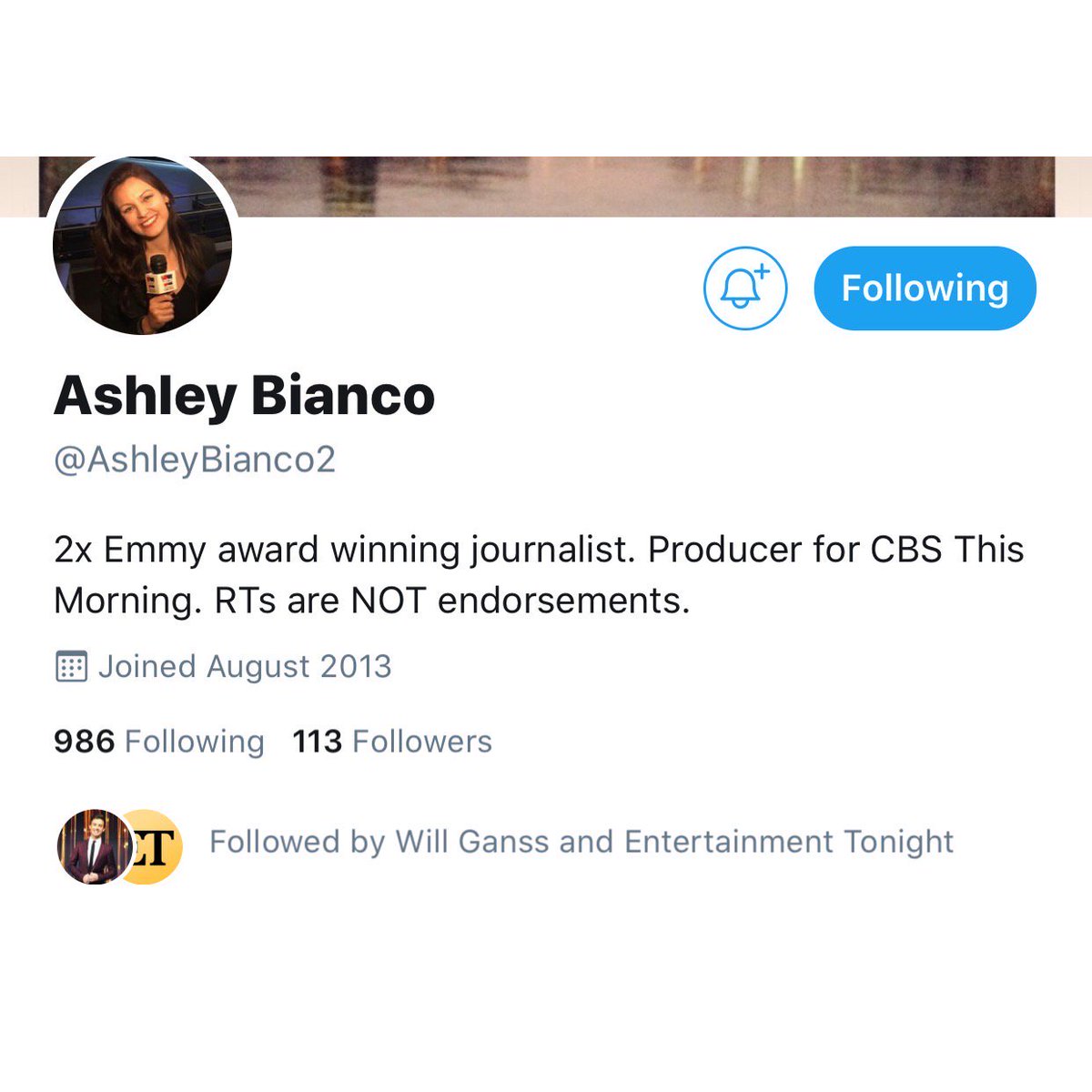 8. Today, @megynkelly is posting an interview she conducted with Ashley Bianco on her new Instagram page and YouTube channel.

9. It's really important to remind folks that Ashley Bianco was not fired by CBS News for leaking the footage of Amy Robach to Project Veritas. No one at either network knows who did that.

10. All the idiots leaving me voicemails, DMing me, and replying to my tweets saying I’m covering for CBS News in the tweet above need to be reminded that you wouldn’t know about this if it weren’t for me.

It’s actually worse that she was fired for accessing footage, not better

11. For those asking (and I think this is an important distinction), Bianco is not accused of accessing ABC News footage while she was at CBS

Bianco, according to my sources, accessed the footage while she was still an ABC employee

She was not fired by ABC, she left on her own

12. Here is @megynkelly's interview with the Ashley Bianco the producer who was fired by CBS News this week.

Bianco tells Megyn Kelly that she only clipped the Amy Robach hot mic moment in the internal ABC News system and never exported it.

12. Ashley Bianco also tells @megynkelly that everyone in the control room was freaked out when @arobach expressed her frustration about her Epstein story as the broadcast could be viewed by affiliates.

13. Ashley Bianco tells @megynkelly that she was shocked when she was fired and wasn't given the chance to defend herself. Bianco says she's concerned she'll never be allowed to work in the industry again.