Eric Garland+ Your Authors @ericgarland Intelligence analyst and advisor to CEOs and governments. I break down global events into clear narratives and appropriate profanity. Nov. 06, 2019 1 min read + Your Authors

Just curious if the Saudi spies also looked at American nationals critical of their regime.

And yes, they were looking at dissidents/truth-tellers like the late Jamal Kashoggi. 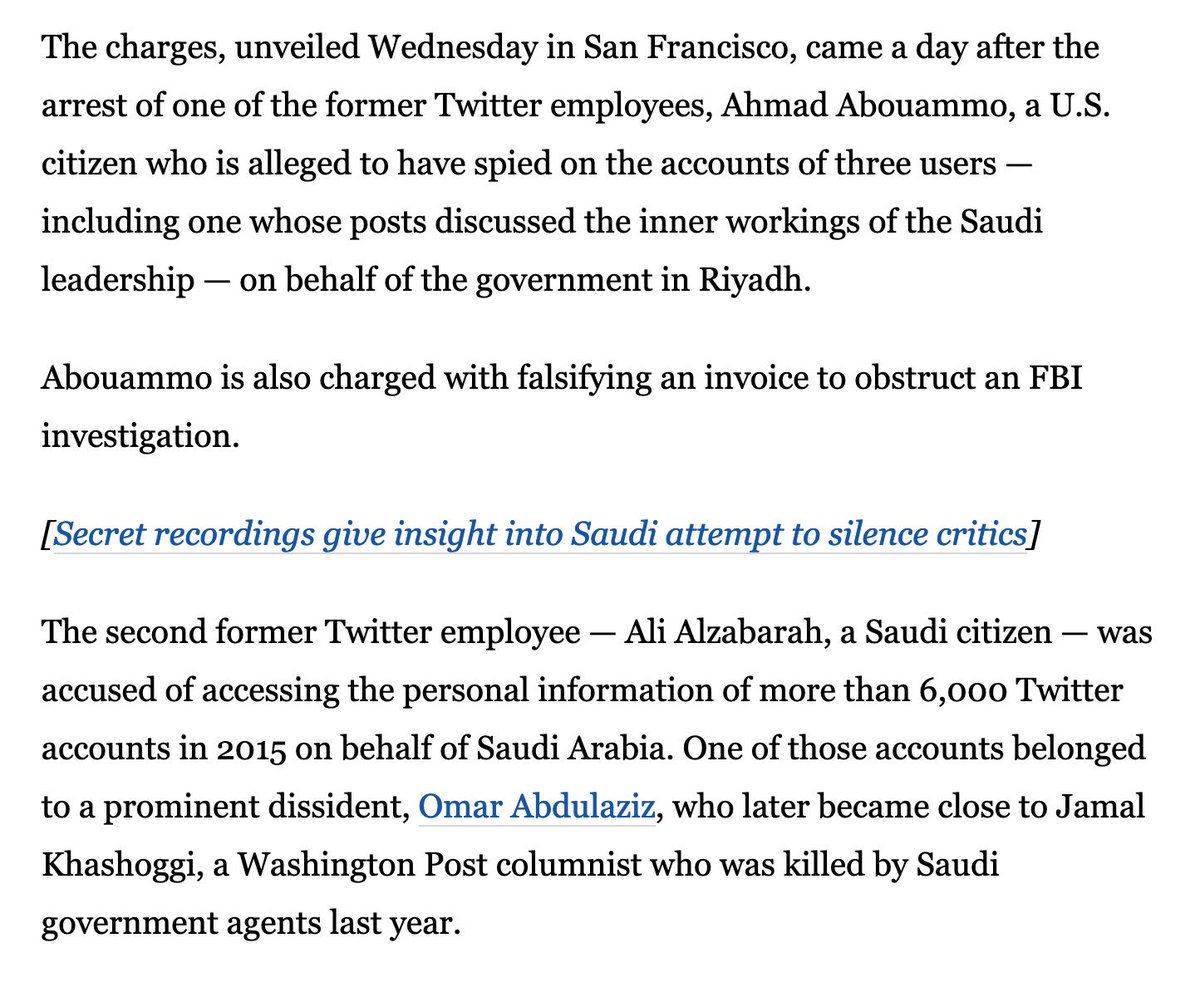 Personal information at Twitter can involve IP addresses, location information, if you have a blue check, maybe your home address... 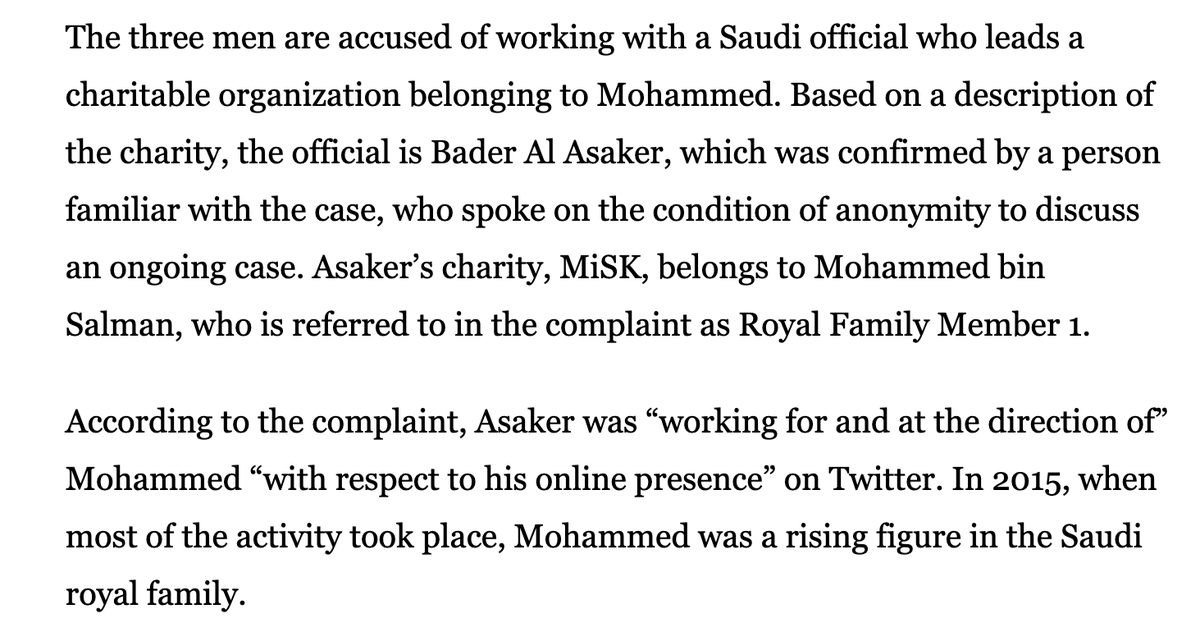 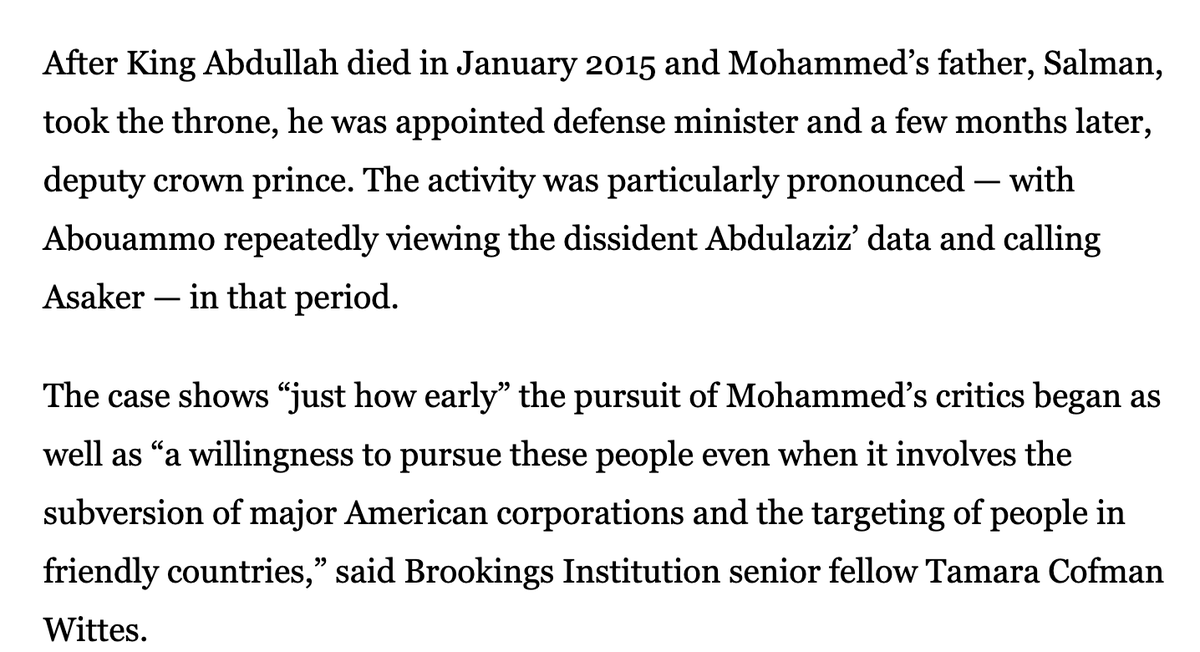 Yes, this reminds me of why I found it concerning when Michael Goguen - Eric Greitens' number one donor in Missouri - subpoena'd my info from Twitter - and Twitter told me they would comply, even though I didn't have anything to do with the lawsuit in question. 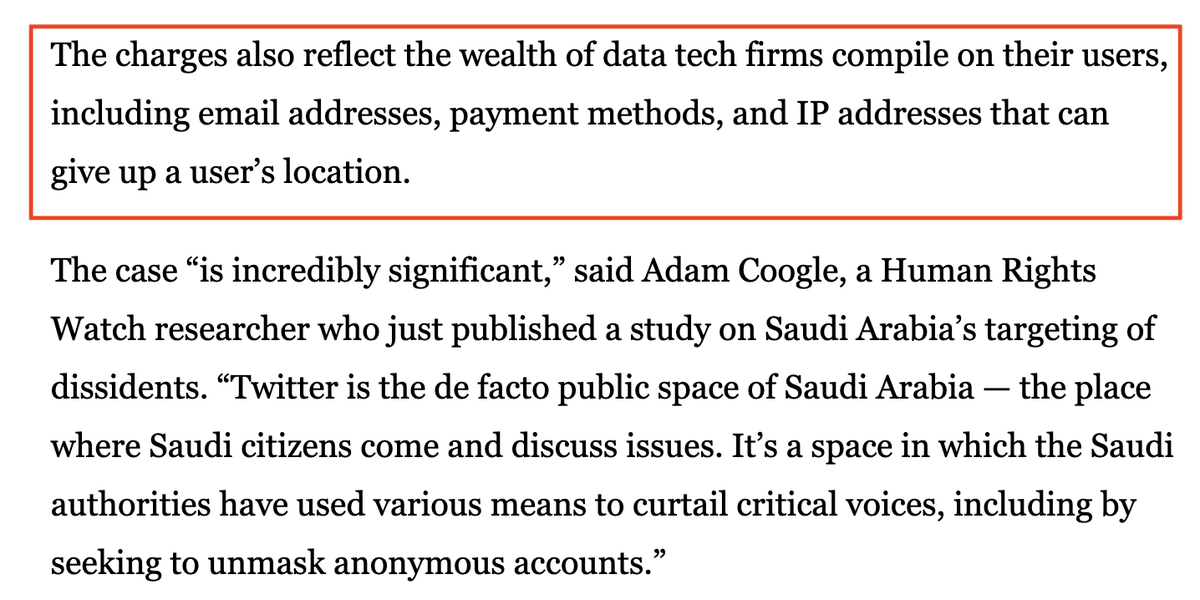