I read the Volker, Sondland, and McKinley transcripts.

Either Guiliani is a master plotter, manipulating the gullible Trump for his own purposes—or Trump is setting him up to be the fall guy.
https://intelligence.house.gov/news/documentsingle.aspx?DocumentID=785 …

Remember, the accusation is that Giuliani conducted a months-long shadow foreign policy in Ukraine for the purposes of advancing Trump’s and his personal interests.

2/ Late 2018-early 2019, Giuliani met with Ukrainian officials, most notably then-prosecutor Lutsenko, who invented lies about Biden and Ukrainian interference in the 2016 election.

April 24: Giuliani went on Fox and Friends and said, “Keep your eye on Ukraine”

3/ May 9: The NYT reported that Giuliani planned to travel to Ukraine to press the Ukrainian government to pursue investigations that would help Trump in his 2020 reelection bid.  https://www.nytimes.com/2019/05/09/us/politics/giuliani-ukraine-trump.html …

After Politico questioned Trump about this. . .

4/ . . . Giuliani “abruptly cancelled his trip, claiming that Zelenskyy was “surrounded by enemies" of Trump.
https://www.foxnews.com/politics/giuliani-i-am-not-going-to-ukraine-because-id-be-walking-into-a-group-of-people-that-are-enemies-of-the-us …
When Mulvaney put the Three Amigos (Sondland, Volker, Perry) in charge of Ukrainian policy, he told them to report to Giuliani.

5/ When the Three Amigos met with Trump, Trump also told them to work with Giuliani.

He kept saying “Talk to Rudy, talk to Rudy.” (Sondland)

He told them that he had “heard from Giuliani” that “all” Ukrainians are “corrupt, they are all terrible people.”

[Key: Trump says he got these ideas from Giuliani]

When Volker weighed whether to accept the ambassador position, he said he worried about the “Giuliani thing.”

7/ NBC reported that the White House was alerted “as early as May" that Giuliani’s “pressure campaign” was "rattling” the new Ukrainian president Zelenskyy.  https://www.nbcnews.com/politics/trump-impeachment-inquiry/white-house-told-may-ukraine-president-zelenskiy-s-concerns-about-n1072776 …

8/ Bolton was in favor of strengthening a US-Ukrainian partnership, but "cautioned that Mr. Giuliani was a key voice with the President on Ukraine which would be an obstacle to increased White House engagement.” (Anderson's statement)

9/ July 3, 2019: Volker met with Zelenskyy in Toronto and explained that Giuliani was amplifying "a negative narrative about Ukraine" that was "counteracting" Zelensky's efforts. (Volker's deposition)

[Look whose fault it is!]

10/ Ukrainians asked to be connected to Giuliani because they understood that information would then "flow" to Trump and they were eager to get across their message that they were different from the past. (Volker's deposition)

11/ July 10: Zelensky’s chief of staff told Taylor they were “alarmed and disappointed” to learn from Giuliani that the White House meeting they desperately needed was unlikely to happen. (Taylor's statement)

12/ Volker testified that before a White House meeting could be arranged, Giuliani wanted Zelensky to make a public statement that Ukraine would investigate Burisma and Ukrainian interference into the U.S. 2016 elections. (Volker deposition)

13/ After Sondland’s memory was “refreshed,” he said yes, the meeting and aid to Ukraine was actually conditioned upon them agreeing to undertake certain investigations, he still offered Trump some cover by blaming it on Giuliani . . .

He also said: “I understood that satisfying Mr. Giuliani was a condition for scheduling the White House visit.”

15/ He also said he understood that Zelensky had to make the announcement in public, and that condition also came from Mr. Giuliani.

Is Trump sending Giuliani to do his bidding?

Or is Giuliani manipulating Trump and running the show for his own personal gain?

16/ So, @RudyGiuliani, you would be well-advised to remember Cohen’s warning at the conclusion of his testimony on February 27, 2019 when he looked at the Republicans in Congress—who were defending and covering for Trump—and said this👇 👇👇

You can see how I got through law school.

I'll go ahead and tell you my vote.

Trump is being like a mafia don, sending the consiglieri to do his work, putting layers of insulation between himself and wrongdoing.

That's why mentioning Biden in the call was his undoing.

My understanding of how this works is from⤵️ 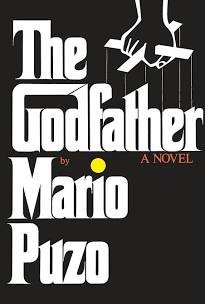 I wonder if another way to read @RudyGiuliani's noise about how he is just being an advocate for his client is prelude to him putting the blame on Trump, saying he was acting at Trump's direction.

The wrongdoings flow from Trump's role and authority.

All of my threads are also blog posts. This one is here:  https://terikanefield-blog.com/rudy-giuliani-villain-or-fall-guy/ …

Ukrainians sought to influence the 2016 election in HRC’s favor by providing dirt on Trump and Manafort to the Clinton campaign, which they did by passing information through Ambassador Yovanovitch.