1. Exclusive: I've obtained passages from the book by 'Anonymous', the author of the NYT Op-ed

In the book, Anonymous claims that senior officials had no doubt that Pence would support invoking the 25th amendment if the majority of the cabinet agreed.

3. In the book, Anonymous places himself/herself in the room during these discussions.

But as I note in the story, I do not have reporting of my own on these claims. The book, given the sales and the coverage of it, and the NYT Op-Ed, is newsworthy.

4. My story gets the Drudge headline. 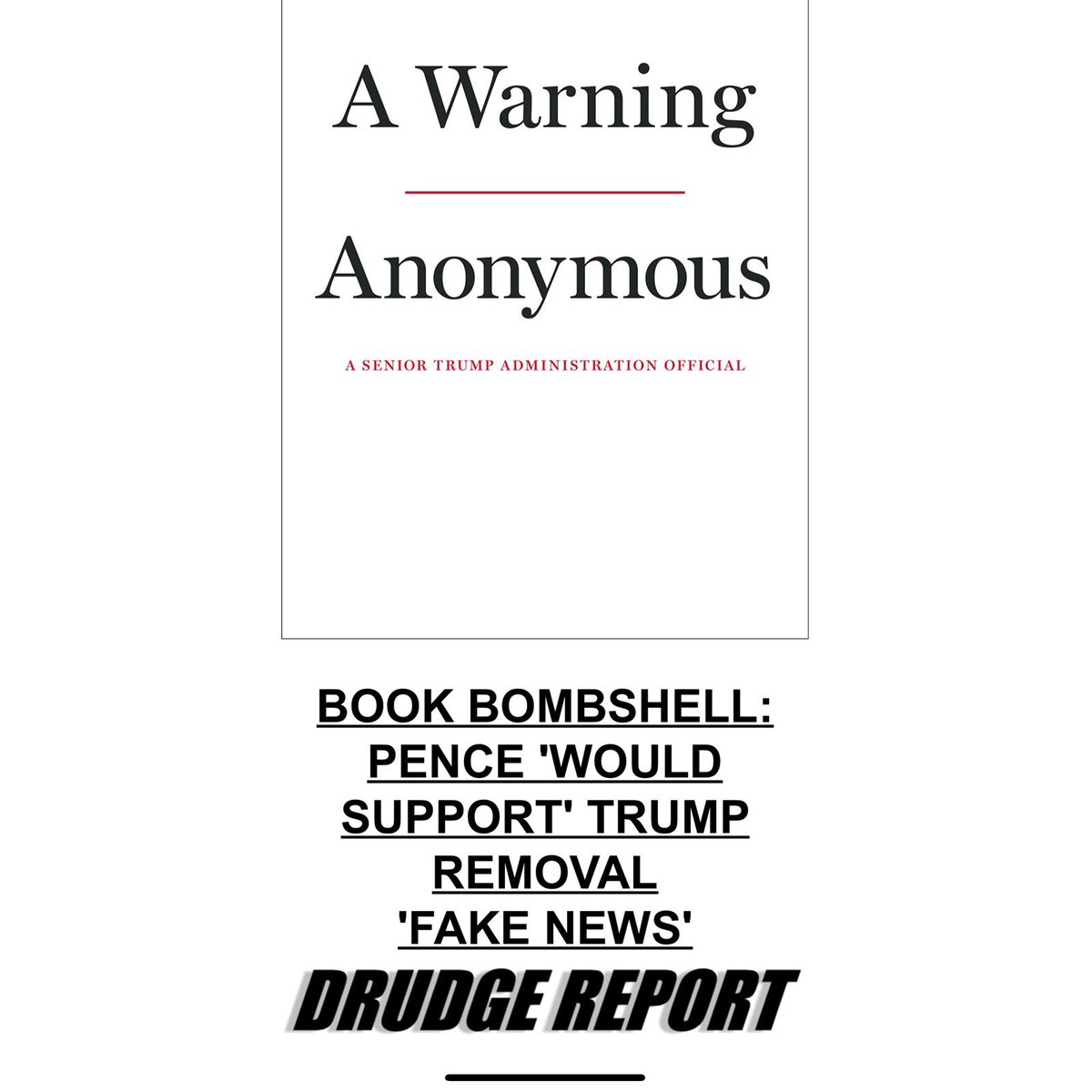 5. Today, Pence was asked about these allegations in Anonymous' book and he denied ever discussing the 25th Amendment.

But as @jaketapper points out, that's not what the book says and it's not what my story says

(Jake always has my gratitude for pronouncing my name correctly)

6. In addition to on-record denials from @VPPressSec and the VP himself, a source close to Vice-President Pence sent me this text-message about the 25th Amendment discussion 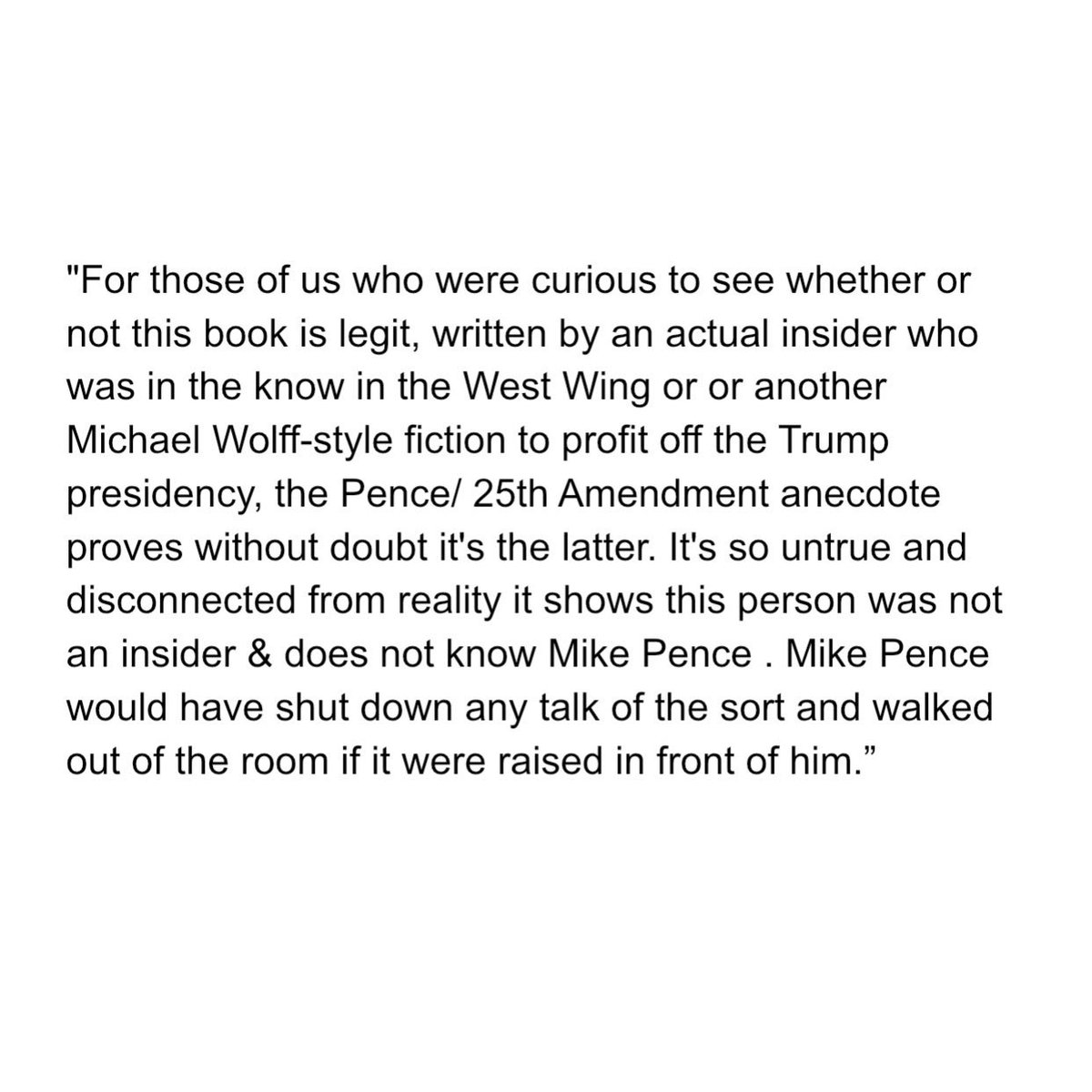