I too am bewildered by the bifurcated narrative of the data versus the markets. Fintwit is filled with reflation chatter, congratulatory economic bulls and grumpy bears. I thought it would be useful for everyone to give my perspective to reject or mull over or even agree with..

I'll use Eurodollar future for my lens, as that is my core focus. We are in the midst of a correction, which in my view is most likely to form a bull flag (of course I understand it could also be a reversal but its not my core hypothesis).

I have pointed out frequently here, and in particular in Macro Insiders and The Global Macro Investor (GMI) that pullbacks in ED's of 60bps to 80bps after the first 2 to 3 rate cuts is normal, as the reflation narrative is tested and the "Is this 1998? Or 1996?" gains traction.

2001 and 2007 both featured these pull backs and narrative changes. Clearly the reflation focus could end up being right, but in my probabilistic framework it is still not may most likely outcome. Let's look at 2001 as it was most similar to today...

Back then, ED6 rallied for 225 days and the corrected 76bps over 58 days, kissing the 200 day moving average. It then screamed higher... BTW, back then the ISM ticked higher after the first 3 cuts too. 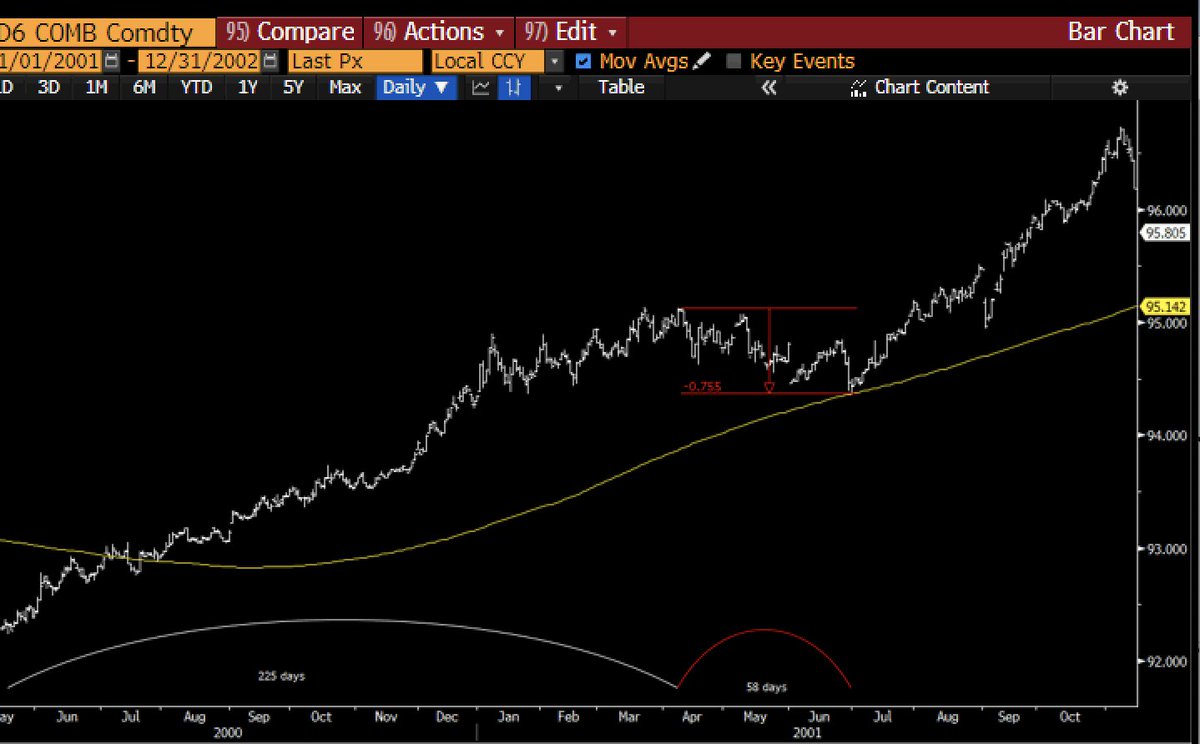 This time around, the rally lasted 205 days and we have corrected 58bps thus far. We would see a 70bps pullback if we touched the 200 day ma by month end, which would be around 58 days too. 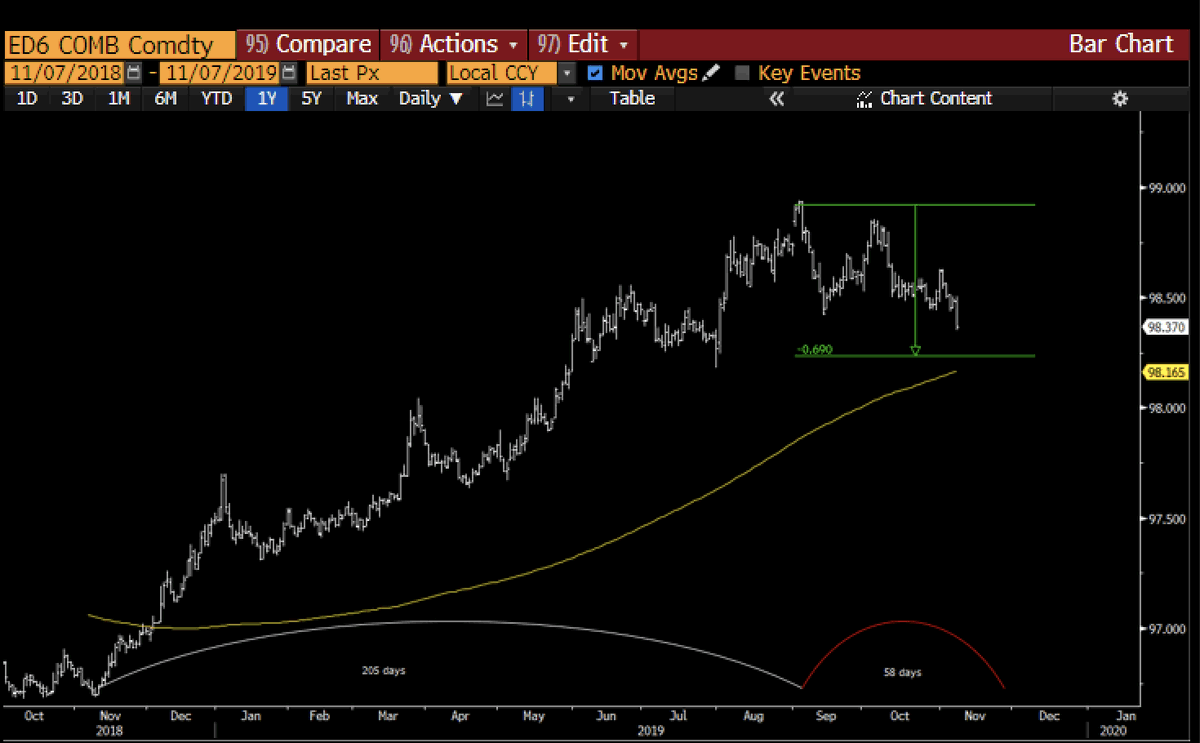 So, for me, having entered the rump of the trade much, much lower down, I can hold on for a while longer to test my overall recession thesis. So far, everything is normal, even though we'd had to give back some profits.

Next, I like to check the 10 year yields for reference..

10 Yr yields are just bouncing off their big support. That makes sense. It was unlikely to go first time... I dont believe in triple bottoms, so I think this is the pause that refreshes before the break. 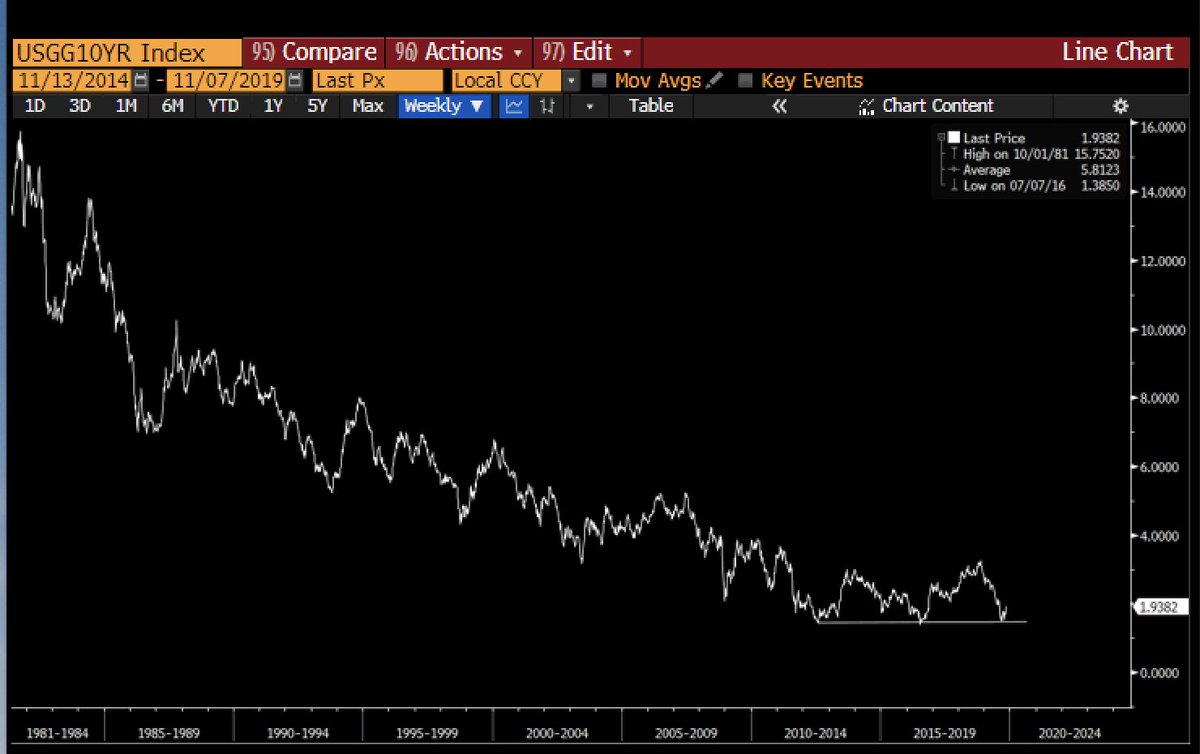 In the end, we will find out one way or the other. I know the reflationists have a strong hand in price action, so I respect that but as John Burbank says "Price is a liar". We will find out in the next month or so. Good luck all.