A thread summarizing ALL of our analysis on #China .

I think this is required as there are still misconceptions what's going on in the world #economy at the moment.

Everything starts with the notion that China (not the #Fed or the #ECB) has been driving the global cycle. 1/ 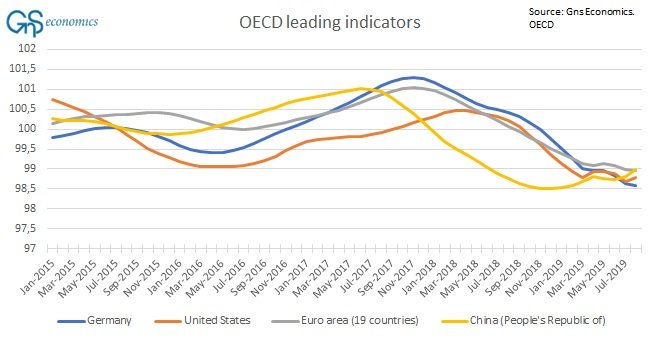 This was revealed to us, when we were making an in-depth analysis on the world economy in early 2017 to understand, why it had recovered with a break-neck speed from the deep slump of 2015.

The 'culprit' for this mystery turned out to be the shadow banks of China. 2/ 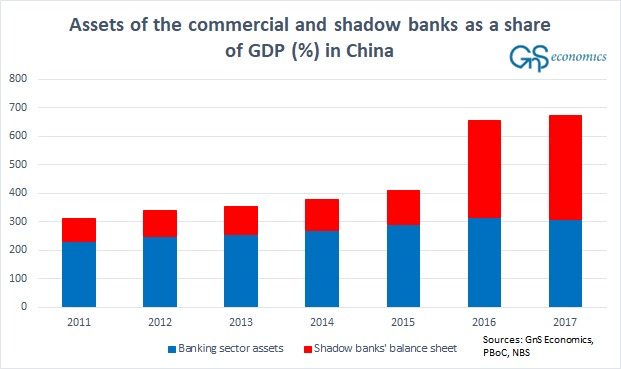 Their size to GDP three-folded in just one year, meaning that in 2016 China launched what was probably the biggest debt-stimulus operation ever seen.

It was no surprise that the world economy made a miraculous recovery.

But, China had been on a perilous path much longer. 3/ 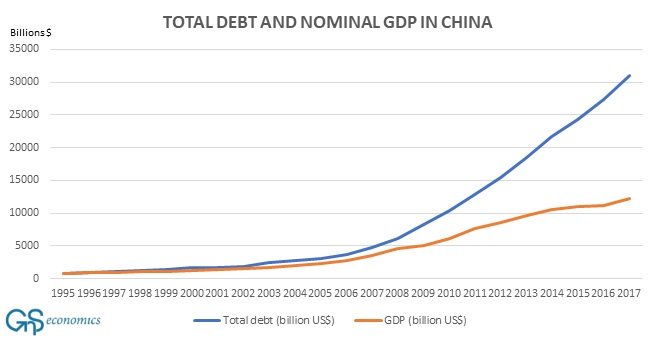 After the 2008 crisis, China had launched a far-reaching stimulus operation that carried the world economy into a recovery.

Whoppingly, China accounted for over 50 percent of all capital investments in major economies between 2009 and 2017. 4/ 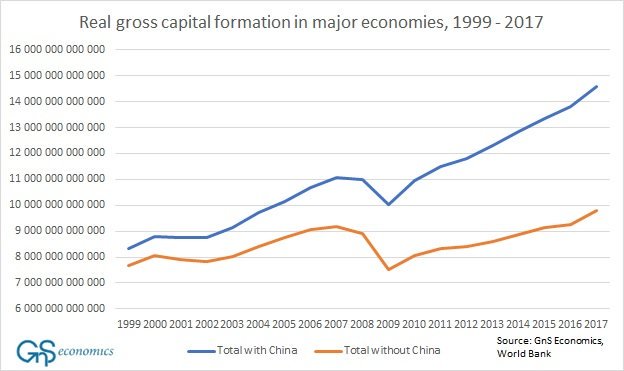 Moreover, more than 60% of all the new money (debt) created globally had come from China, mostly created by it's commercial banks.

This was naturally totally unsustainable, but more troubles were on the horizon of the "Chinese Miracle". 5/ 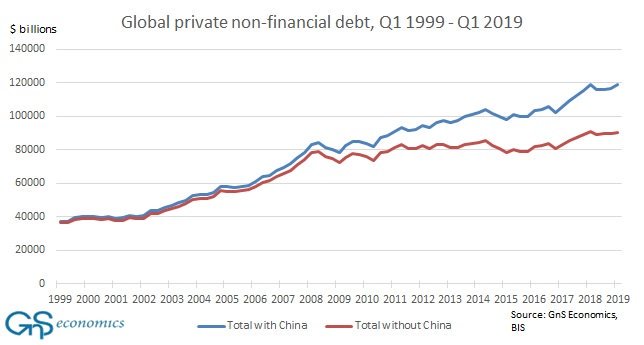 The massive debt stimulus, enacted mostly through the government own enterprises, was turning growingly unproductive.

In 2011, China slipped into a productivity stagnation from which it has never recovered. 6/ 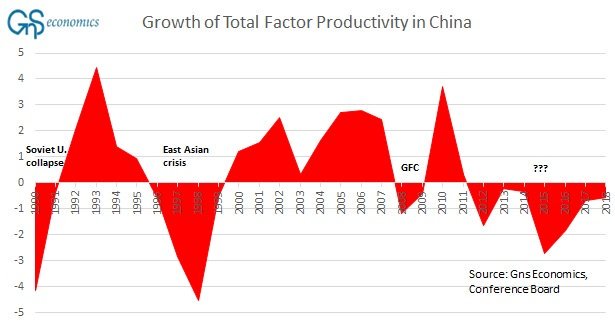 With the help of the major central banks over-resuscitating the global economy, this pushed the whole world economy into a productivity stagnation. 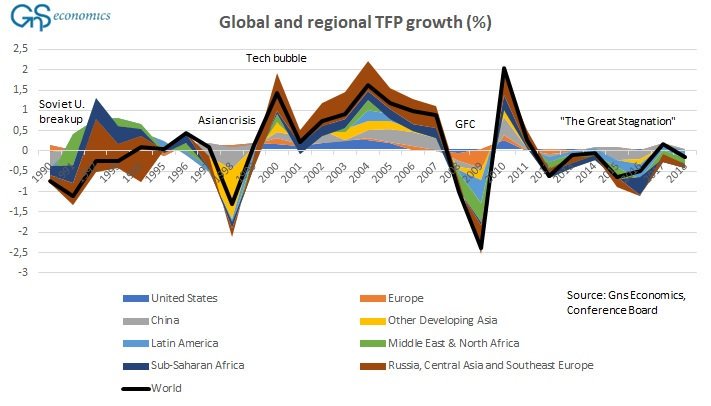 China started to scale back it's lending spree in late summer 2017, which started to slow the global economy.

The tax-breaks of President Trump carried to world economy in 2018, but the engine of global growth (China) was already sputtering. 8/

The end of 2018 brought a shock to the world economy.

The decline of global central bank balance sheet had started in August 2018, and two months later the asset markets were in trouble.

The #Fed and the PBoC panicked, and "pivoted" pushing liquidity into the markets. 9/

The Chinese economy was also in serious trouble causing Chinese leaders to panic and issue massive additional stimulus in Q1 2019, including around $320 billion for infrastructure projects, and over $300 billion worth of tax-cuts.

Probably due to the approaching 70th anniversary of the People's republic, China, again, enacted massive additional debt stimulus through both the commercial and shadow banking sectors in August and September. 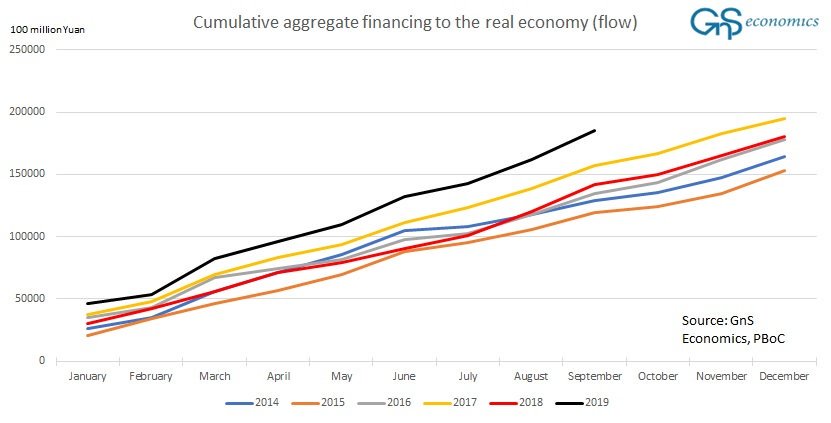 But, despite of massive debt and fiscal stimulus, China's econ. growth kept on falling. China has, thus, very likely reached "debt saturation", on which we warned in January. 👇

This was recently "confirmed" in a very informative piece on the ability of China to increase debt to create growth. 👇/13
https://www.ft.com/content/8cb854e4-ffbe-11e9-b7bc-f3fa4e77dd47 …

Alas, it's useless to think that the #centralbanks, with their additional mon. easing and QE, could turn the global cycle around.

We are currently experiencing a 'bounce' from China's massive early fall stimulus, which is unlikely to continue and/or to be effective. 14/

The rather mediocre "stabilization" seen in econ. indicators across the globe is thus a 'red herring'.

Markets will gain a boost from the artificial liquidity central banks are currently conjuring, but the world #economy is still heading down.