1/A story of PATIENCE
—and a brilliant perfectionist engineer

A perfectionist engineer wanted to inspire her daughter—
so she always built things at home + had her help.

It started with Legos, robots + coding

—BUT each had to be PERFECT
or the engineer mom would get upset...

2/ Wanting to teach her daughter a LESSON she went back to old roots of hand crafts & the creativity from limits.

They would build a golden well—using exactly 100 bricks

So they sketched plans, made calculations, designed angles to make a gold well using EXACTLY 100 bricks...

The perfectionist engineer was confused + angry!

4/ Every generation needs to be reeducated about supernatural gobbledygook.

Today to my dismay astrology is back.

There were a bunch of teenagers on a city bus.

5/ Sitting across from the teenagers: a woman with a dog.

She complains about how loud the teenagers are
& how absurd astrology is.

The teenagers complain about the womans’ barking dog.

The woman grows angry
SNAPS
grabs two of their phones
and throws them out the window!

Everyone sits in shock

At the next stop
they hear commotion
look out the window
and WHAT do they see?!..

Running to them alongside the bus.

Is the woman’s dog.

And guess what it had in its mouth?...

It’s an old trope called the Brick Joke with lots of variants using delayed punchline with a boomerganging misdirection—and a return.

And this EXCELLENT (no brick joke)

reveal of how an astrologer duped true believers.... 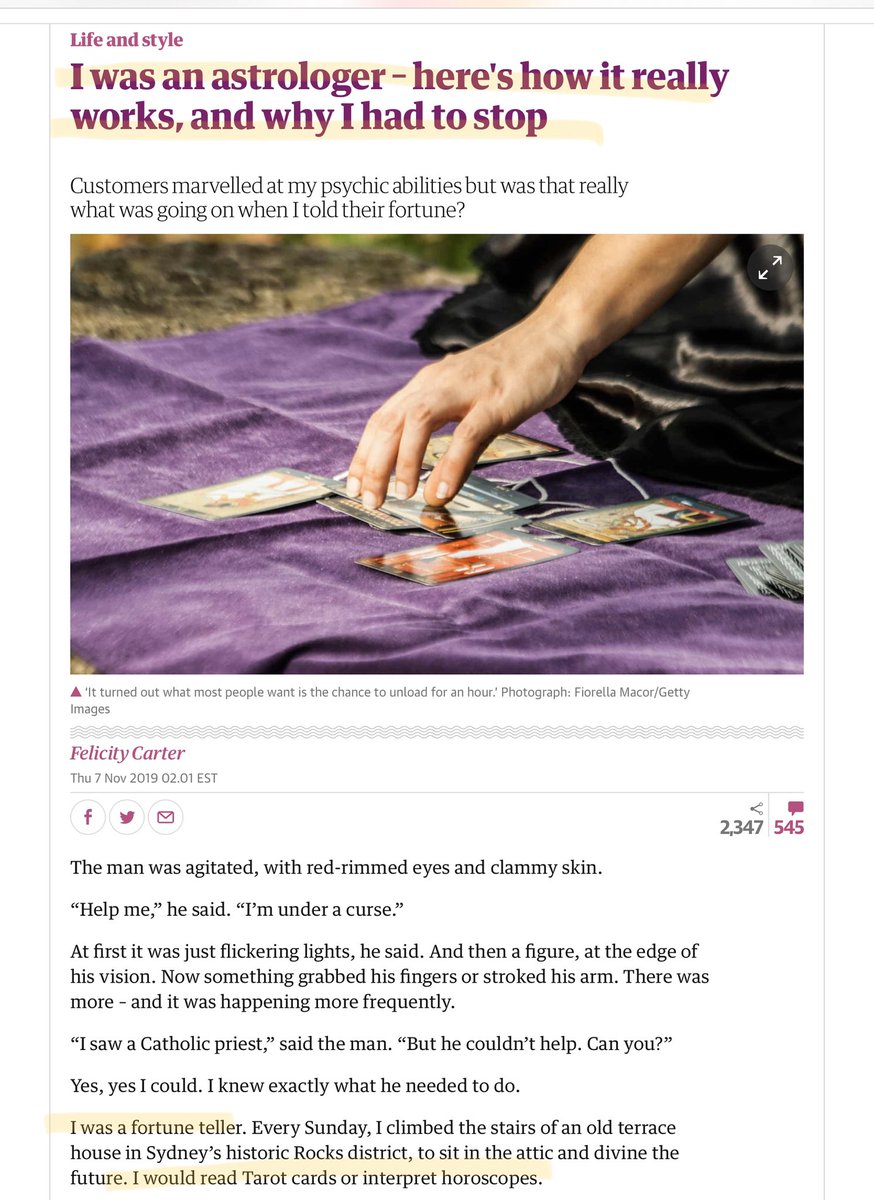 10/ This astrologist was a 19yo student scientist—who basically got into it for money—and was intoxicated by the attention when coincidence made her clients think it was real... 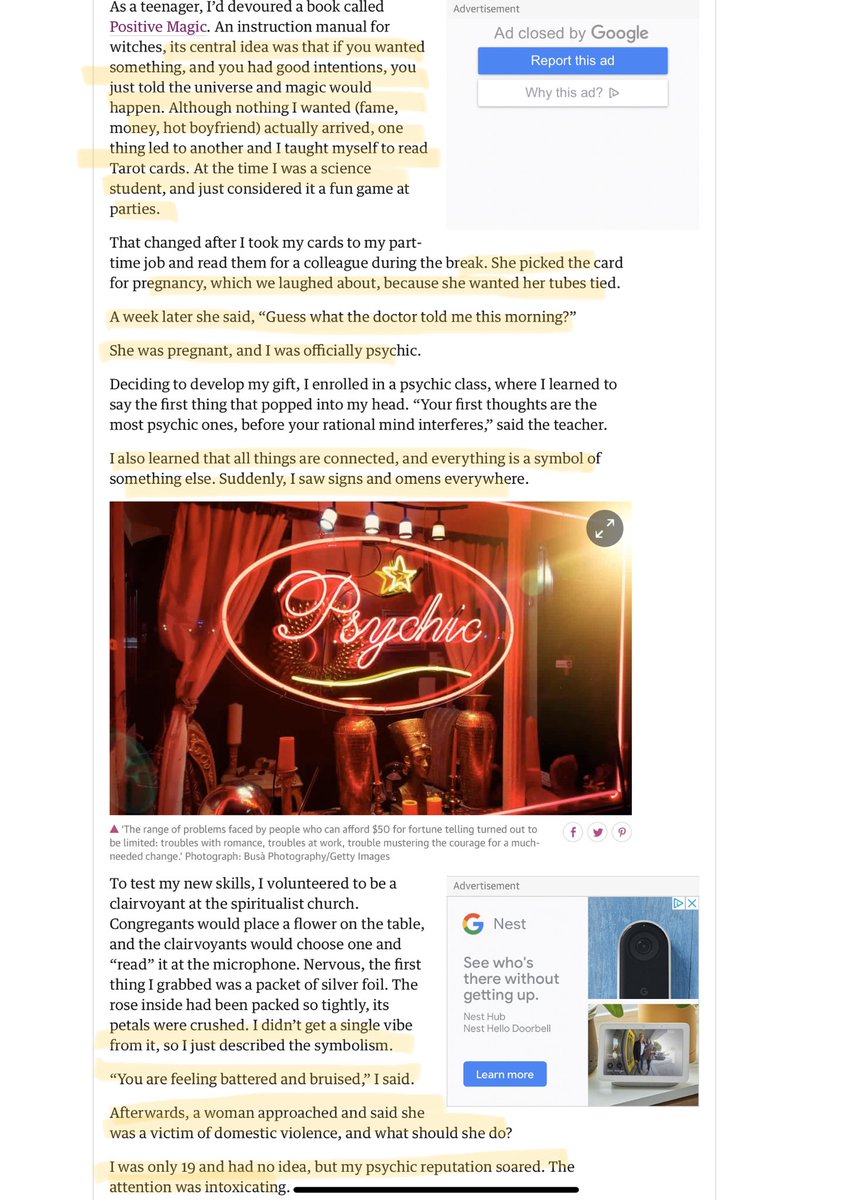 11/ “modern astrologers use EARTH-CENTRIC charts....
that’s only the start of the scientific problems” 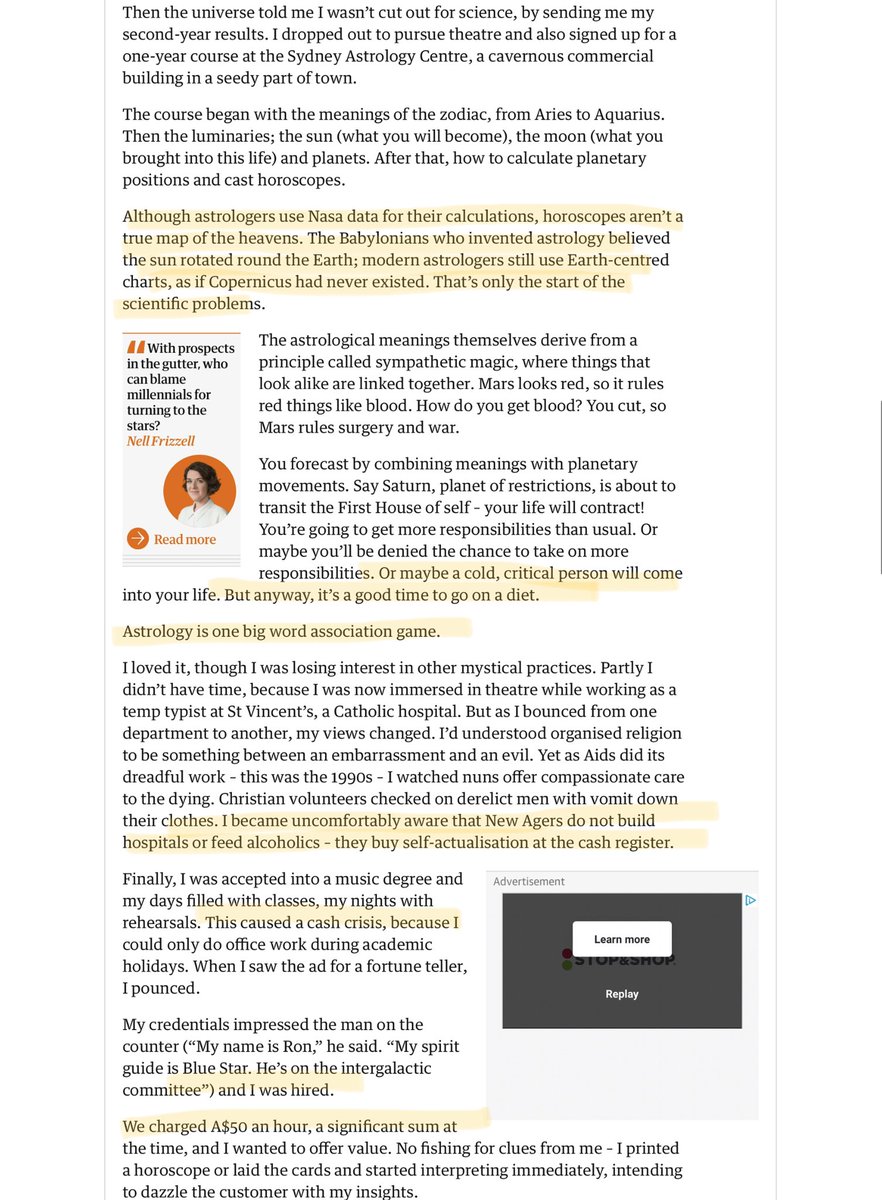 “...the range of problems is limited: romance, work, courage for change...” 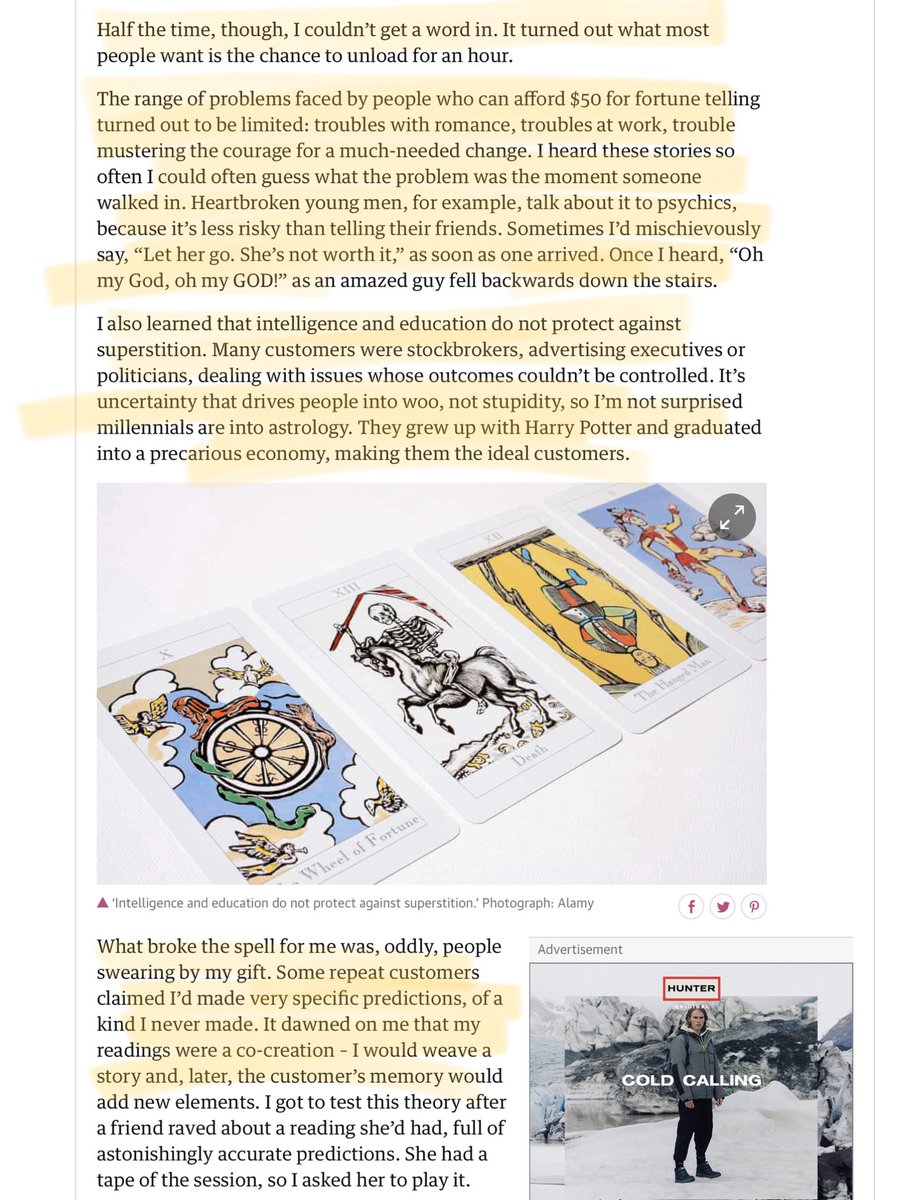 13/ “A forecast: the VC funding astrology apps will make a fortune telling system that works, b/c humans are predictable.

...Because if you sprinkly magic on top—you can sell people anything” 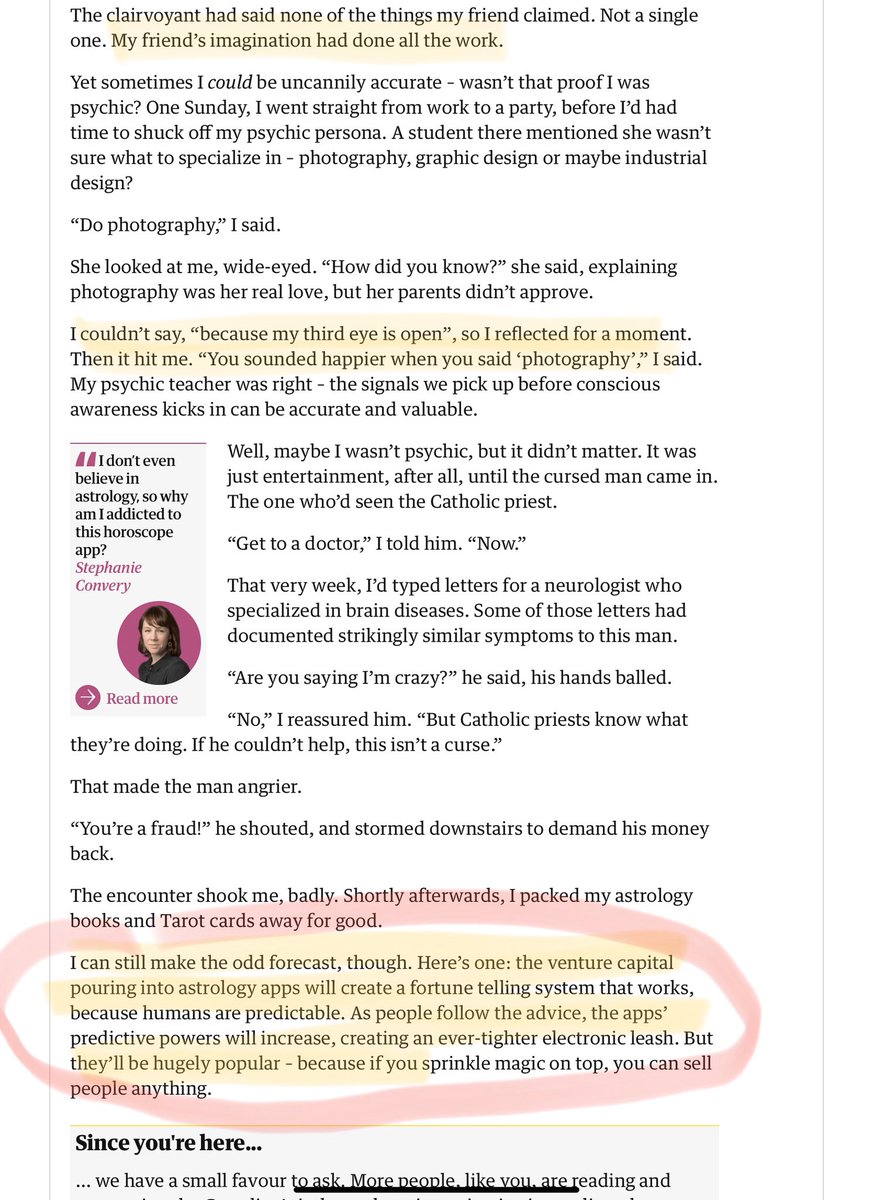