I'm just, bored of this.

Even for the deep personalities and storylines, which come baked with their own IRL YouTube drama and clickbait, the numbers are tapering off. The projects are more ambitious, but the mystery of this cycle's lonelygirl15 — Poppy — is just played out.  https://www.youtube.com/watch?v=WwoGhpYdebQ … 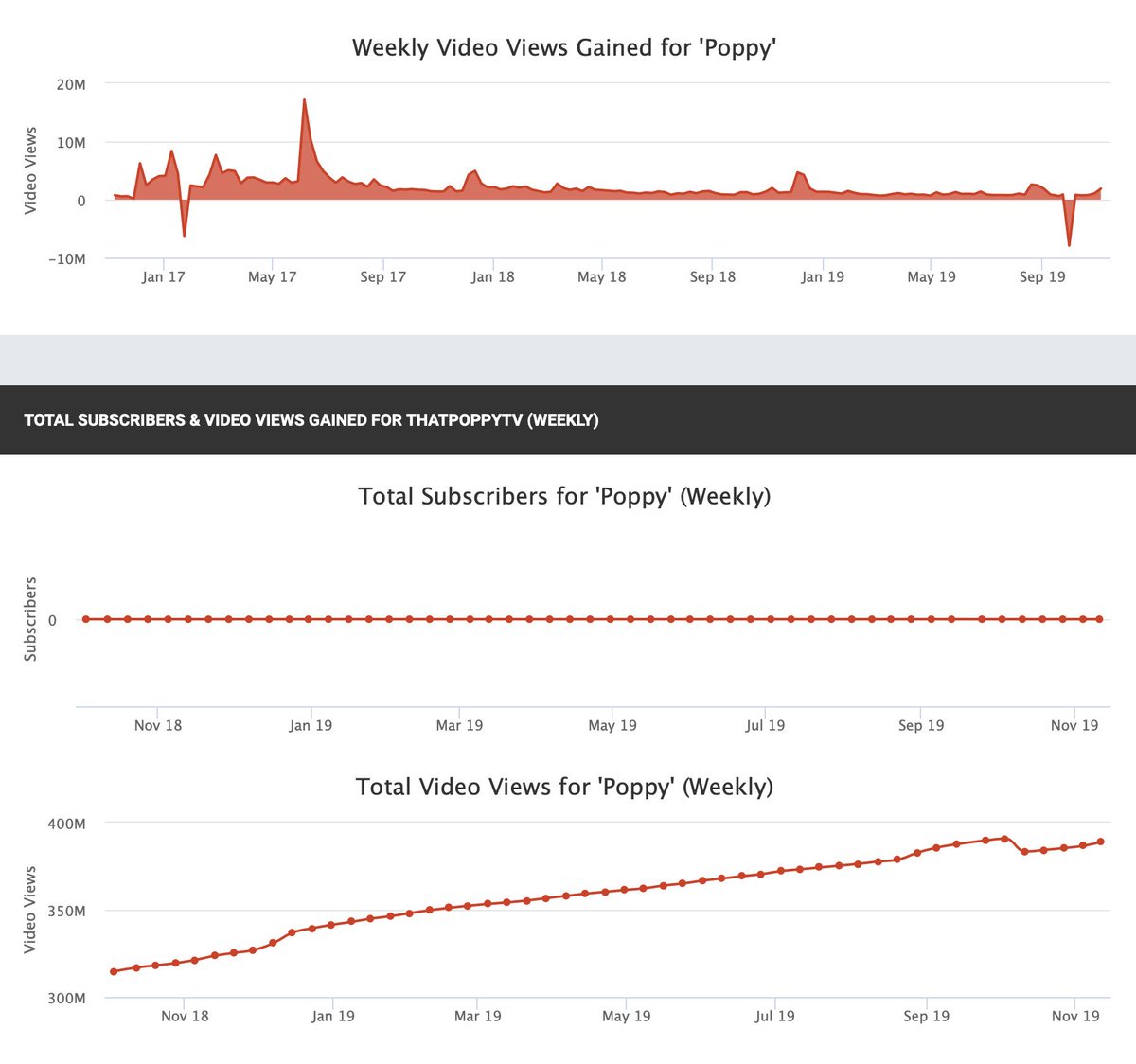 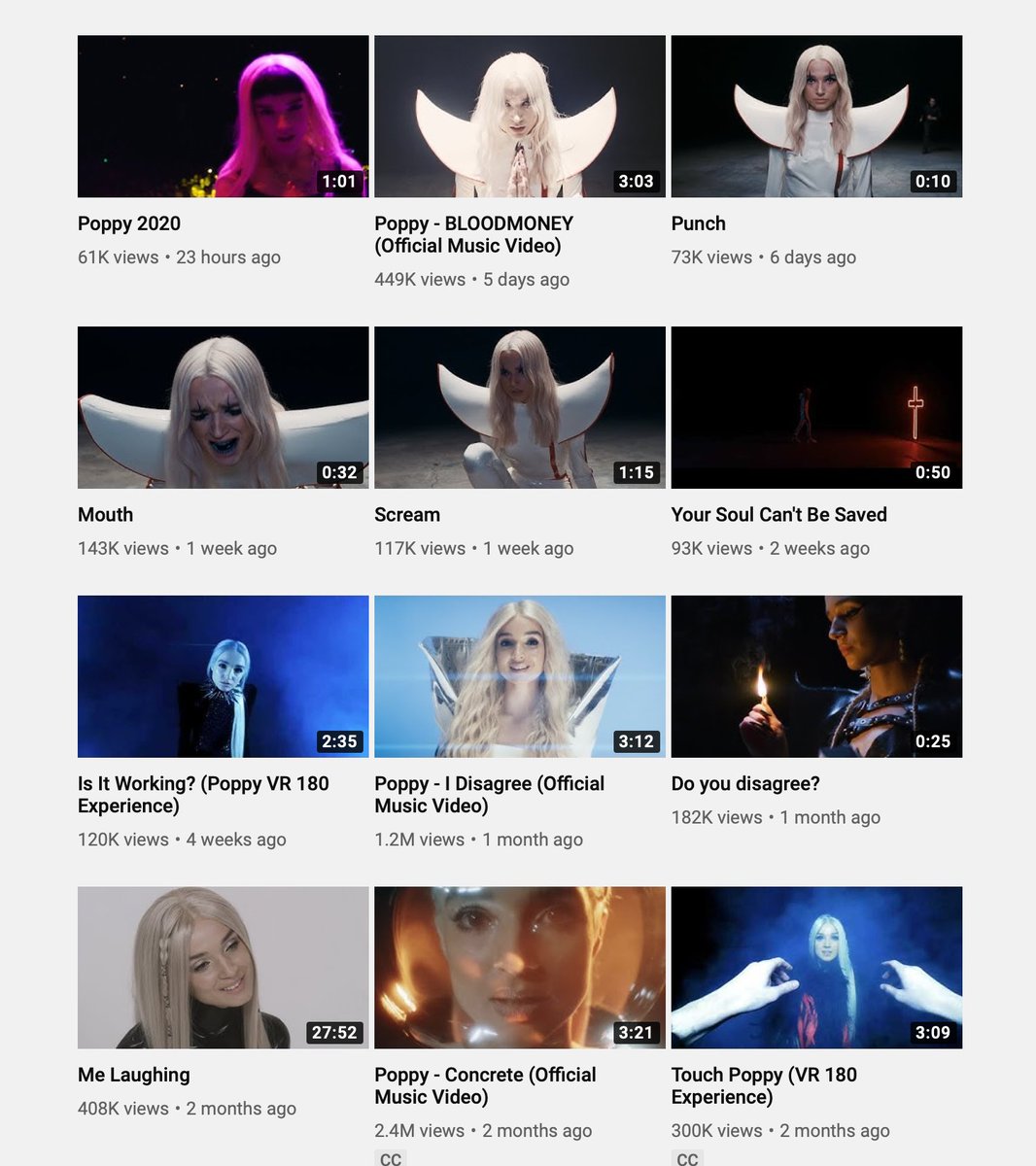 There were a lot of people quick to jump to the conclusion that the Lil Miquelas & avatars were a fad. In this incarnation, maybe they were right — the counter-culture fauxgirl wrapped up for the glitzy mainstream did get boring. 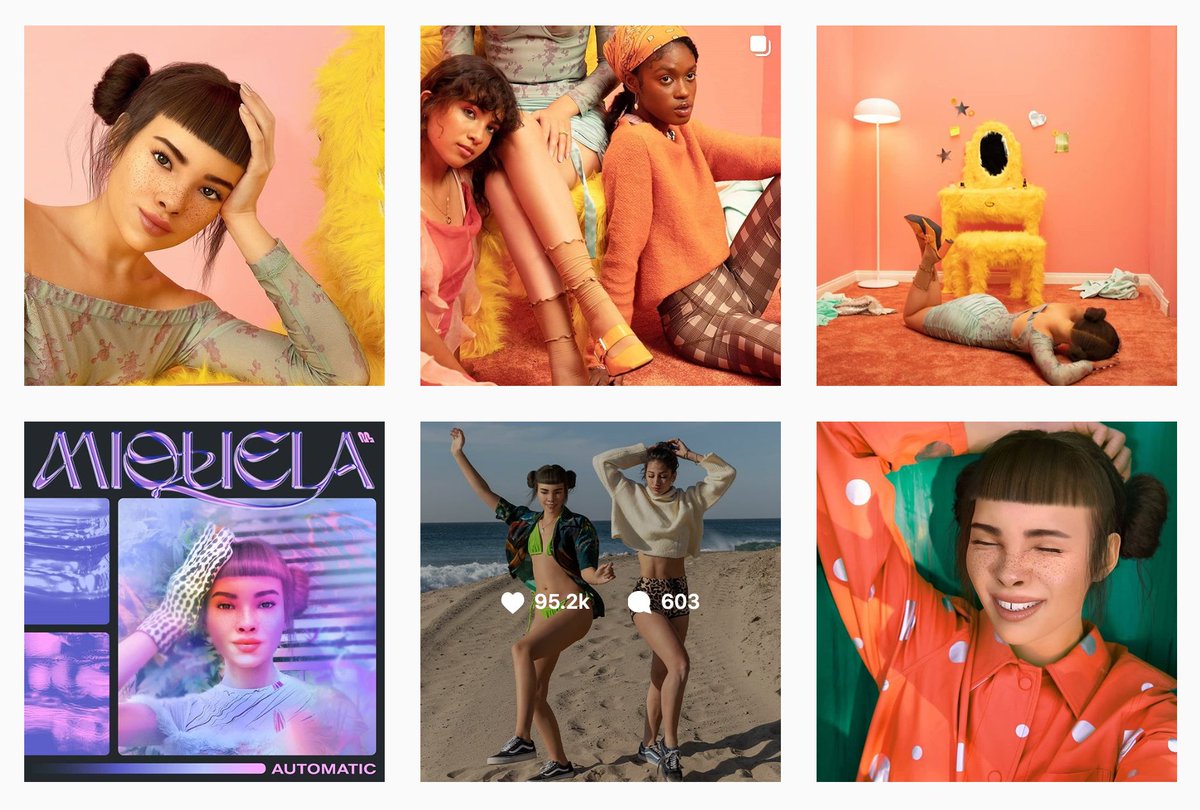 There was something so incredible about the depth of Poppy. Its mystery and metaphors have no right answer, and that personifies something, someone more real. Its own creators, canceled as disturbing histories and stories came to light through a lawsuit.

As much as that lawsuit hurt the Poppy project, it was that history, unfortunate enough, that also has kept the views alive. In allegations, the clickbait feedback loop machine was fed. The cancel was the lifeline, for better or for worse.

An avatar like Miquela was designed to be uncancelable, engineered to be advertiser friendly in the post-Adpocalypse world. In that, she couldn't even reach the uncanny valley. No polar express meme could breathe a long-lived life into the lifeless corporatist Pop insta prop.

The wave is not over. I like to think of this as the intermission. But we are really nearing the end of the first act of the synthetic era. The next batch of characters and their gimmicks are surely coming — being planned out, A/B tested, the models rigged & fabric rendered.

The eerie anxiety and fear of being canceled, of the K-pop decorated pitch forks and cancel culture more broadly, feels inescapable. But what if that unease, and those timeline battles, are what also connects them, us to the ground, to a complex reality, for better or for worse?

Perfection will have its place. The worlds being cooked up inside Mattel, escapist fantasies bridging to new mediums, will sell. The kids can only watch Ryan unbox so many toys, well, until the FTC closes the curtain & blips him out of existence like a 'fish in a barrel' anyway.

I don't want to say it, but it's the adrenaline and risk-taking of cancel culture that will make these characters far more real. Maybe that depth evidently dawning on Poppy's & Miquela's viewers will also allow us to take a step back & break from the game, to see the black mirror