Today I posted a thread about abortion. Not uncommon for me. I want to share the shit that happens after such a thread. 1/8

Besides the usually twitter trolls, it is now almost a given that The Daily Caller or some other right wing forced birth propaganda machine contacts my PR person giving me an hour or so to comment. Do I “stand by* my tweet or blah blah blah tweet? 2/8 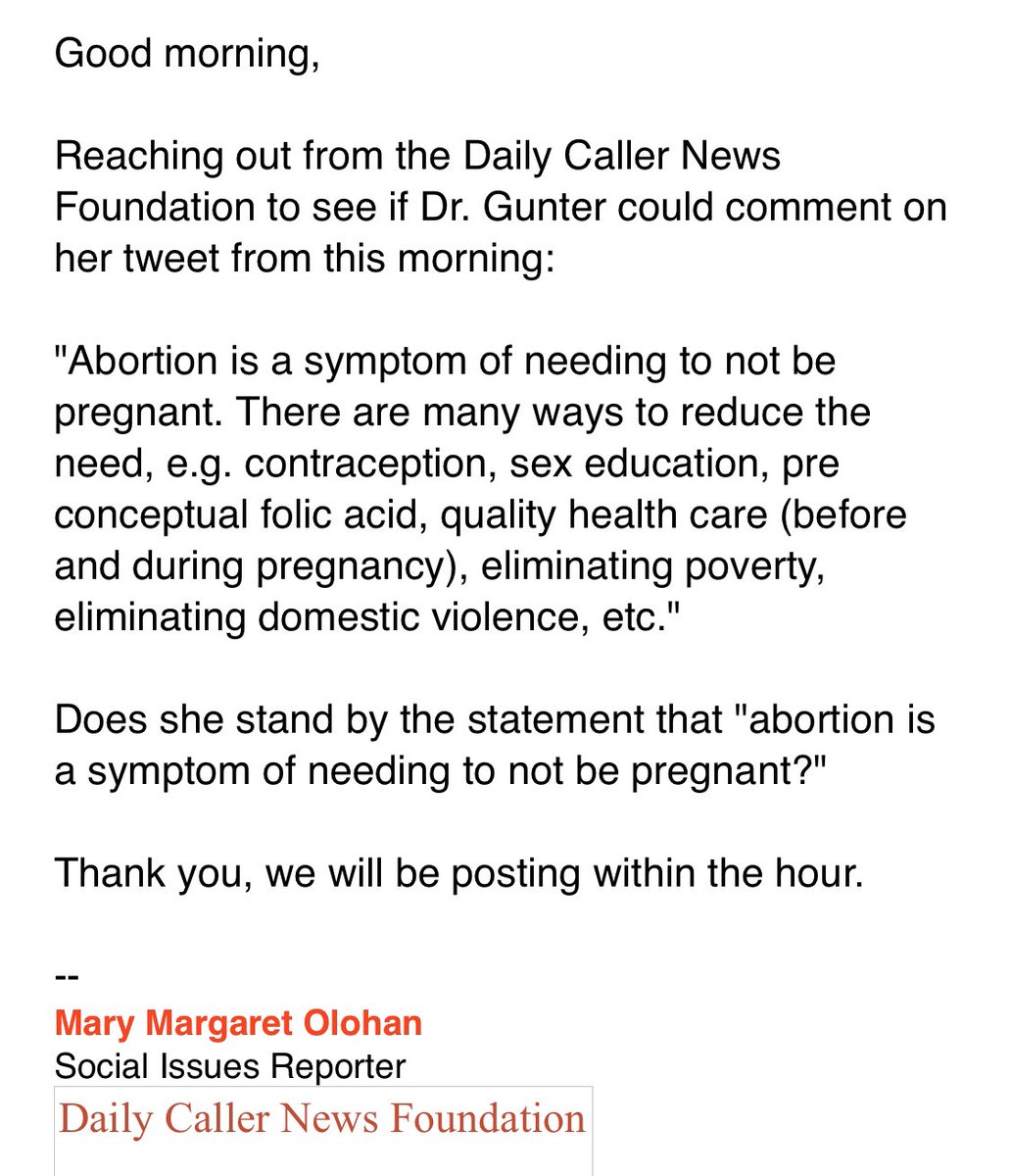 A statement from me? Like I am sitting around and waiting for the Daily Caller to call? Sometimes I respond (see below), but mostly I ignore. 3/8 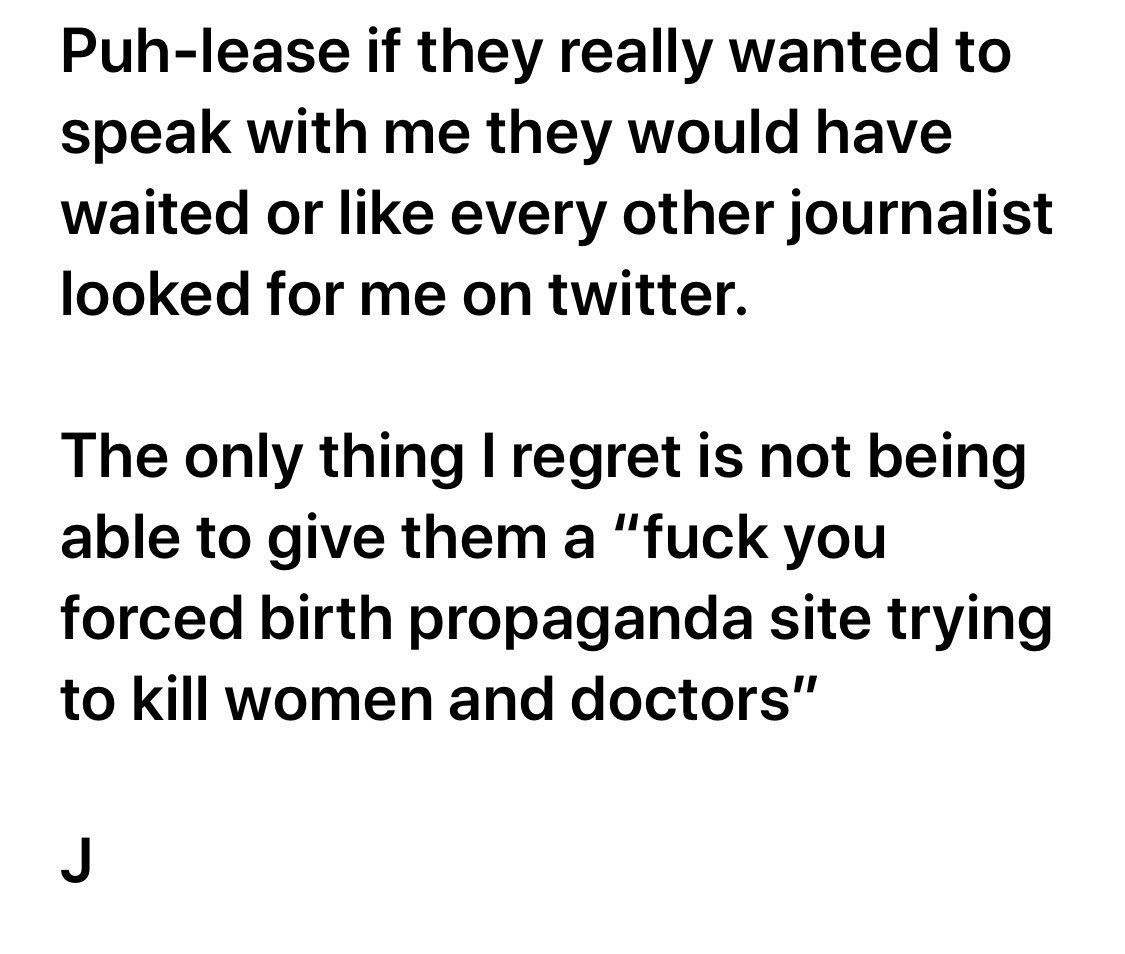 Do these reporters not understand when someone writes something and doesn’t delete or explain further that they *checks notes* meant it? 4/8

Usually I ignore these requests. But they write the article anyway. I didn’t bother to read it and please don’t look for it to read. I just want you to know the fallout. 5/8

Now that I get featured pretty regularly in the Fascism First publications I get waves of messages on Facebook, like this one from the kind of people who give Christians a bad name. 6/8

If you send me nasty private messages I will make them public. You don’t get to invade my privacy and expect that I will keep it quite.7/8

Anyway @MaryMargOlohan thanks for wondering if I meant what I tweeted. And i am looking forward to your series on neonatal deaths from prematurity. As you are such an advocate for life the #1 cause of neonatal death must weigh on you the same way it weighs on me. 8/8