Across the U.S., asylum officers are finding ways to resist a Trump administration immigration policy they view as illegal, according to asylum officers and officials who spoke to The Times and @ThisAmerLife.  https://lat.ms/2QkCEqI

Doug Stephens, a former asylum officer, decided he wasn’t going to interview any more asylum seekers under the president’s latest policy to restrict immigration, known as Remain in Mexico.

It took him only two days to decide. And he’s not alone.  https://lat.ms/2QkCEqI

Stephens knew the interviews were set up to send asylum seekers back to Mexico, even if they were in danger. He also knew that refusing to implement government policy likely meant he’d be fired.  https://lat.ms/2QkCEqI 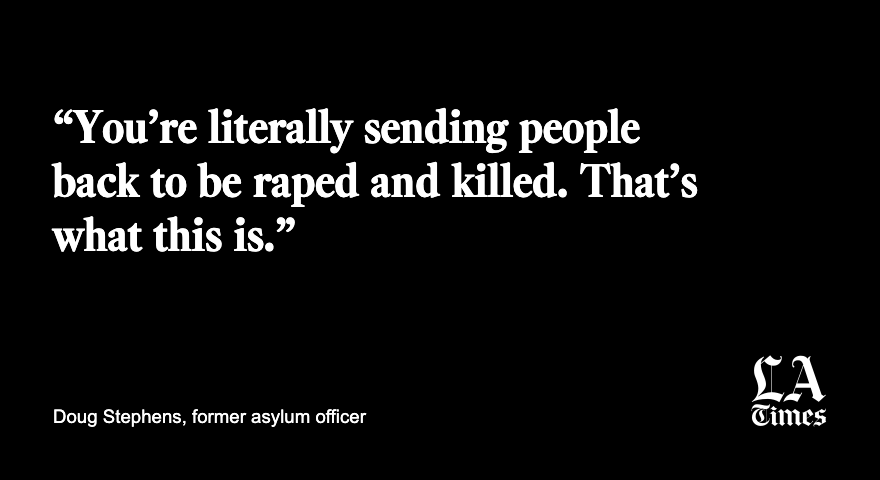 In collaboration with @ThisAmerLife, the Los Angeles Times takes an exclusive look at the Trump administration's most successful policy to restrict asylum—the Migrant Protection Protocols—from the perspective of the asylum officers forced to implement it.  https://lat.ms/2QkCEqI