Roughly 1.4 million Floridians had their voting rights restored last year by state voters through a ballot measure. Amendment 4 casts a national spotlight on the disenfranchisement of felons, even long after they served their sentences. @kurtisalee reports: https://www.latimes.com/world-nation/story/2019-11-11/felons-voting-florida-amendment-4 …

Within months, Florida’s Republican-controlled Legislature tried to limit the effect of the initiative — passing a measure to allow voting only by ex-felons who have paid off all court-imposed fees, which in some cases amount to tens of thousands of dollars. 📸: @WallySkalij 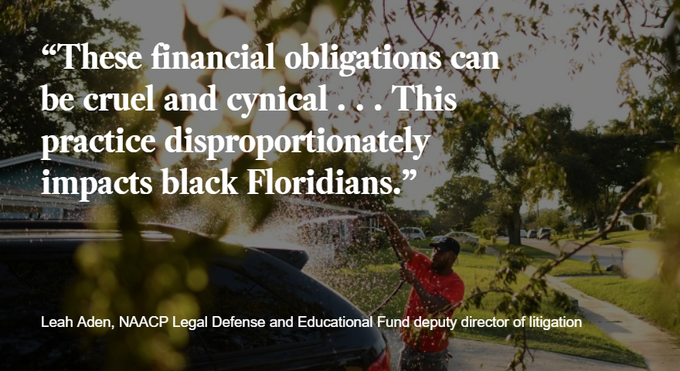 Voting rights advocates say the action undermined the will of the people and effectively created a “poll tax,” not unlike the Jim Crow-era laws that used voting fees as a way to suppress African Americans from casting ballots. 📸: @WallySkalij 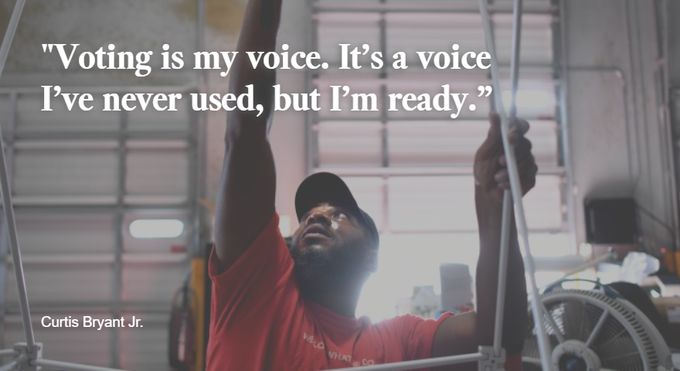 One thing seems clear: Florida has rejuvenated debate over who should be eligible to vote ahead of the looming Presidential race and competitive Senate contests nationwide.  https://www.latimes.com/world-nation/story/2019-11-11/felons-voting-florida-amendment-4 …