Normally, when I really like a game, I tend to gush about it. I haven't been able to do that with Pathologic 2. Not because I don't like it, but rather that the reasons I like it would likely put a lot of people off and they might dislike or hate it.

It's genuinely A Bad Time™ 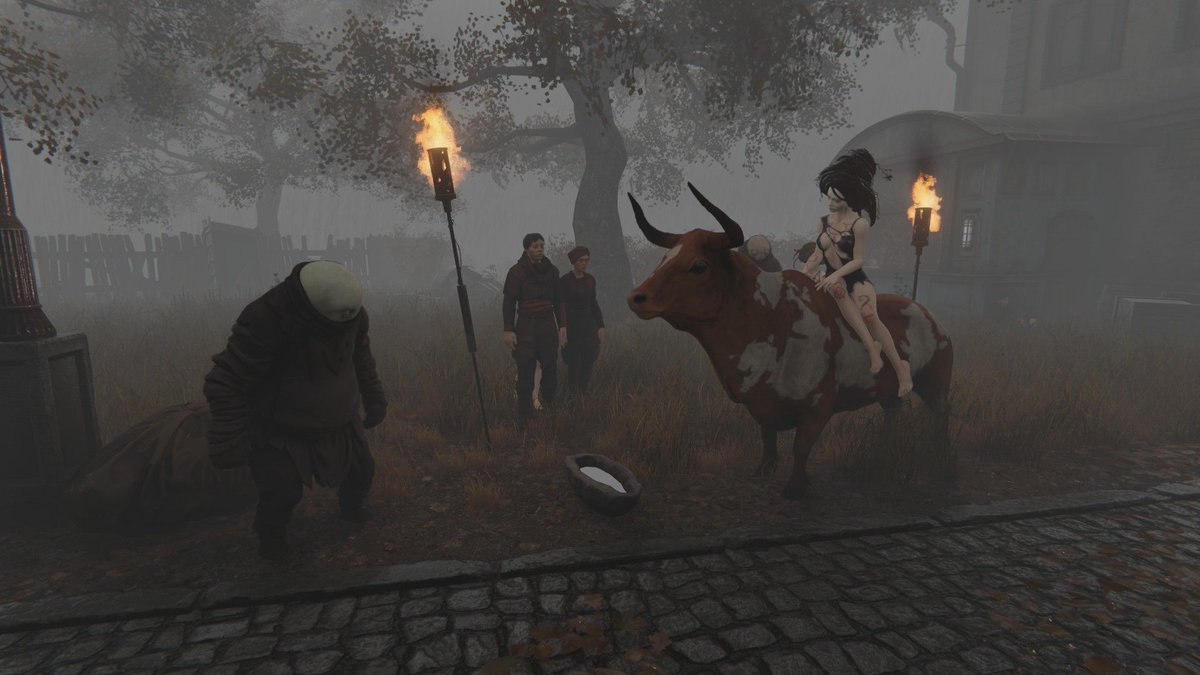 One of the reasons I find it so challenging to recommend the game, is that it really requires an investment from the player both in terms of time and meeting the game on its terms; you need to commit to it. Because failure feel like it wastes your time, and you will fail. A lot.

And, I don't mean that as a bad thing, so please don't get me wrong, I think it's a damn near essential experience. This is a game that I felt so strongly about that I just straight up bought more copies for friends. Folks I hope will get something out of having such a bad time.

I have played nowhere near as much of it as I'd like, I feel like I need to psych myself up to play it, or be in the proper headspace for it. It is a deeply upsetting game to play, damn near repellent, and almost hostile to being played. I find it a challenge to even boot it up.

Playing through the Marble Nest DLC is what really made the experience click for me, and why I absolutely adored having such a bad time. It's a relatively short standalone that takes place over the course of a single in-game day, so playing it doesn't feel like such a commitment.

Playing The Marble Nest, I fucked up. Bad. Seeing the events play out over the course of a day, and realising just how badly I fucked up as the end was swiftly approaching was An Experience™ and did really not fun things with my anxiety, and I absolutely loved it!

That state of such utter failure, of total and complete disaster, just made me want to instantly do another "run" and see if I can do better next time. Maybe if I can make things slightly less of an utter failure. But seeing my initial failure through to the end was amazing.

I'd contrast it with games like Celeste or Hotline Miami, where failure isn't much of a setback, and you're sent back to try again immediately and without admonishment. Pathologic 2 is the complete opposite of that and lets you fuck up without making known to you for ages!

"You've done goofed! You've done goofed bad, you're not gonna find out how until it's too late, and you're gonna be scrambling and stressed fix something with what little resources you have, but it's utterly hopeless."

It's that stress that makes Pathologic 2 so compelling.

I get why some people just bounced off it. I get why it got some negative reviews. I'm only a couple of days into the main story, and my initial thoughts were "should I just start again?" I'm thinking how I have already messed up so badly and maybe I should just abandon this run?

The Marble Nest answered that for me with a resounding no; "Stick with it. Play through the failure. Witness just how awful things are because of you. You failure. You fuck up."

And that's where it hooks me. Continuing to play the game in spite of itself feels dreadful, painful.

I've described the game as creepy while playing it. Everything about the game conjures this intense atmosphere of otherworldly dread, but it's not just the atmosphere that does this, it's that that stressful, anxiety inducing gameplay, and making the decision to commit to it.

On my curator page, I describe it as conjuring a "guttural, instinctual dread" and I'd reiterate that. You're playing through something and witnessing something terrible unfolding that you feel powerless to prevent, and that total and utter dread it makes you feel is the point. 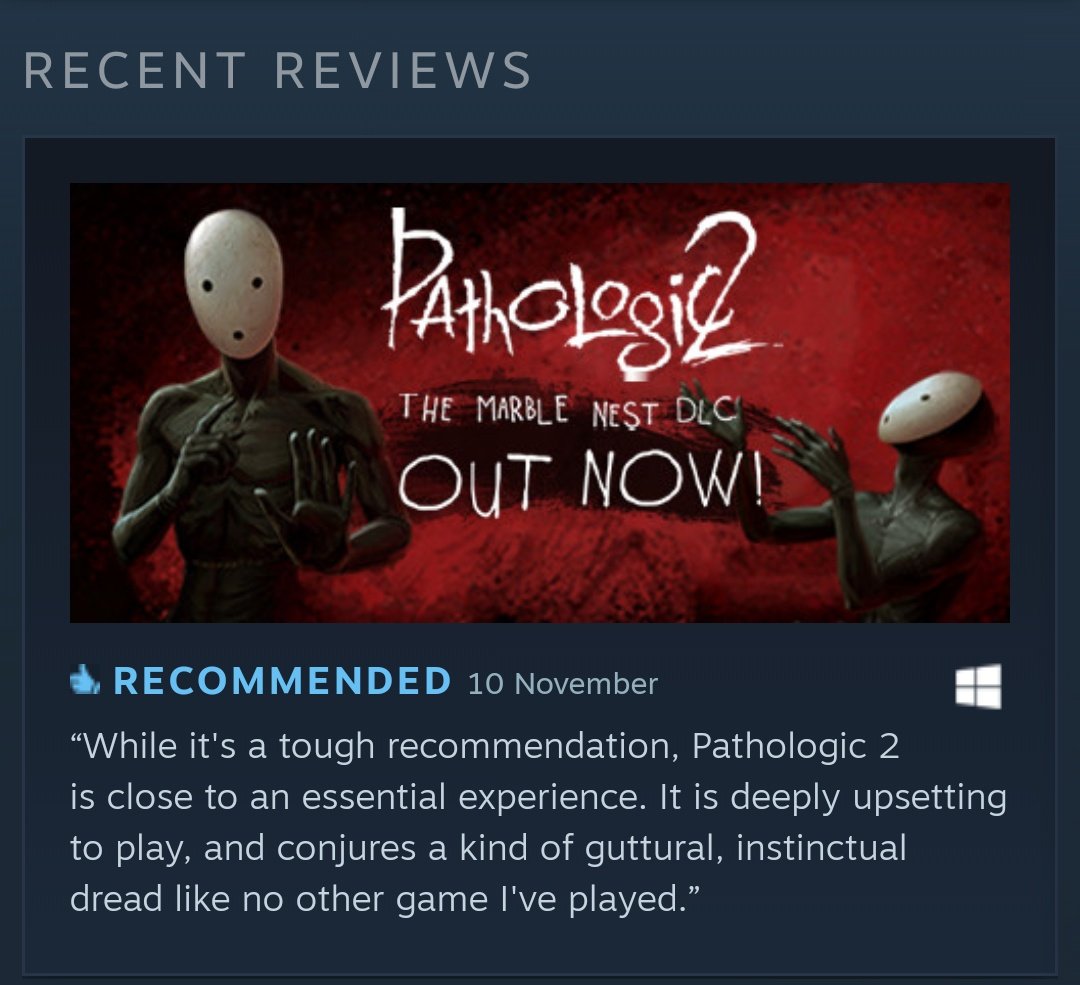 That's not even taking into account the survival mechanics. I don't even like survival games at the best of times, but here? Adding an extra layer of stress to a game where you feel stressed by time? Stressed by how badly your previous decisions might have screwed you over?

It's an upsetting, stressful, anxiety inducing, and all round horrible experience. The looming dread and fear it instills in the player is scarier than any more traditional horror game I have ever played. It's unique, and it's something that is really not for everyone.

And here's the funny thing...

By not recommending it; by warning people against it? I'm making the best recommendation I possibly can. Pathologic 2 is sincerely A Bad Time™ but it's by far the best bad time you could ever hope for.

Go have a bad time!