South Bend, Ind., Mayor Pete Buttigieg, ascendant in the polls, faced questions during Wednesday night’s debate about whether his resume qualifies him to be the Democratic nominee.  https://www.latimes.com/politics/story/2019-11-20/pete-buttigieg-experience-democratic-debate … 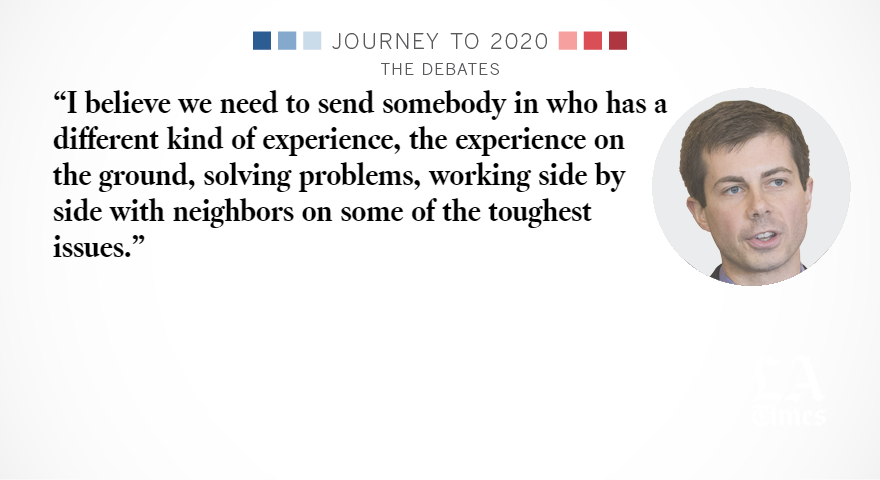 Amy Klobuchar was asked about her earlier comments that a female candidate with Buttigieg’s resume would not be viewed as qualified for president. She responded that she believes he is qualified, but stood by her belief that a woman with similar experiences would not be judged so 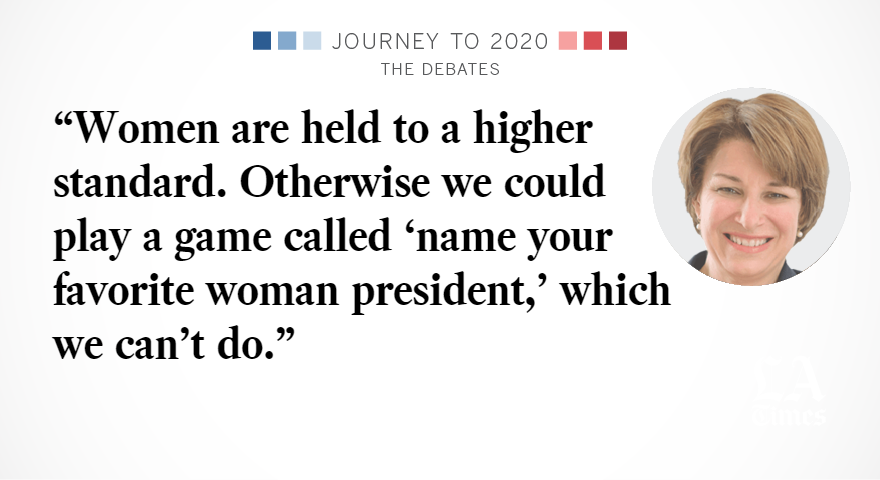 Buttigieg came into tonight’s debate with an enormous target on his back, but hasn’t faced any major attacks in the first hour of the debate.  https://www.latimes.com/politics/story/2019-11-20/pete-buttigieg-experience-democratic-debate …