Housing issues have gotten short shrift on the campaign trail, but in Wednesday’s Democratic debate the topic got prime airtime.  https://www.latimes.com/politics/story/2019-11-20/democratic-debate-housing …

Tom Steyer, one of two California candidates on stage, said the housing squeeze in his home state was due to a shortage of available units. He vowed to build “literally millions of units.”

He added that it must be done in a sustainable manner.  https://www.latimes.com/politics/story/2019-11-20/democratic-debate-housing …

“Housing is how we build wealth in America,” Sen. Elizabeth Warren said, touting her own plan to build millions of units. She highlighted her goal of confronting the impact of “redlining” practices that historically have restricted access to home loans for African Americans. 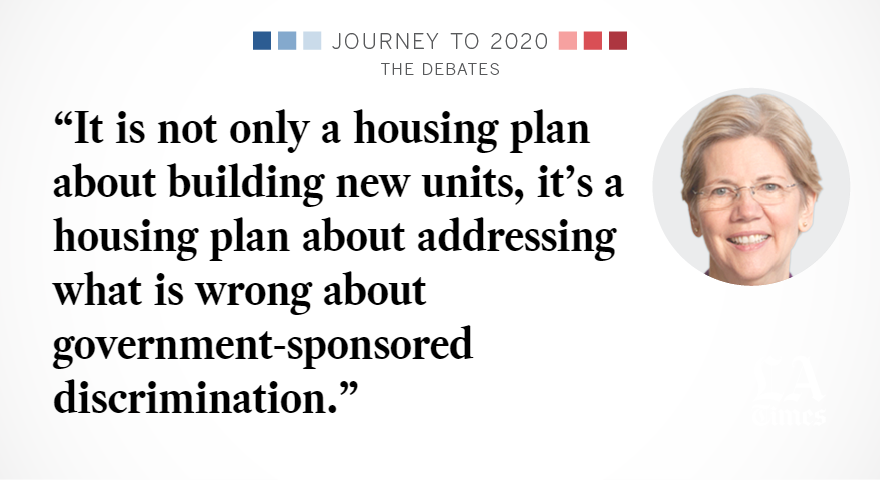 Sen. Cory Booker of New Jersey said his rivals had all made good points, but added, “we are not talking about something going on all over America, which is gentrification.”  https://www.latimes.com/politics/story/2019-11-20/democratic-debate-housing …