Who would be incentivized to shadow lobby against Postmates and DoorDash on Twitter? The breadth of bot astroturfing is unreal. 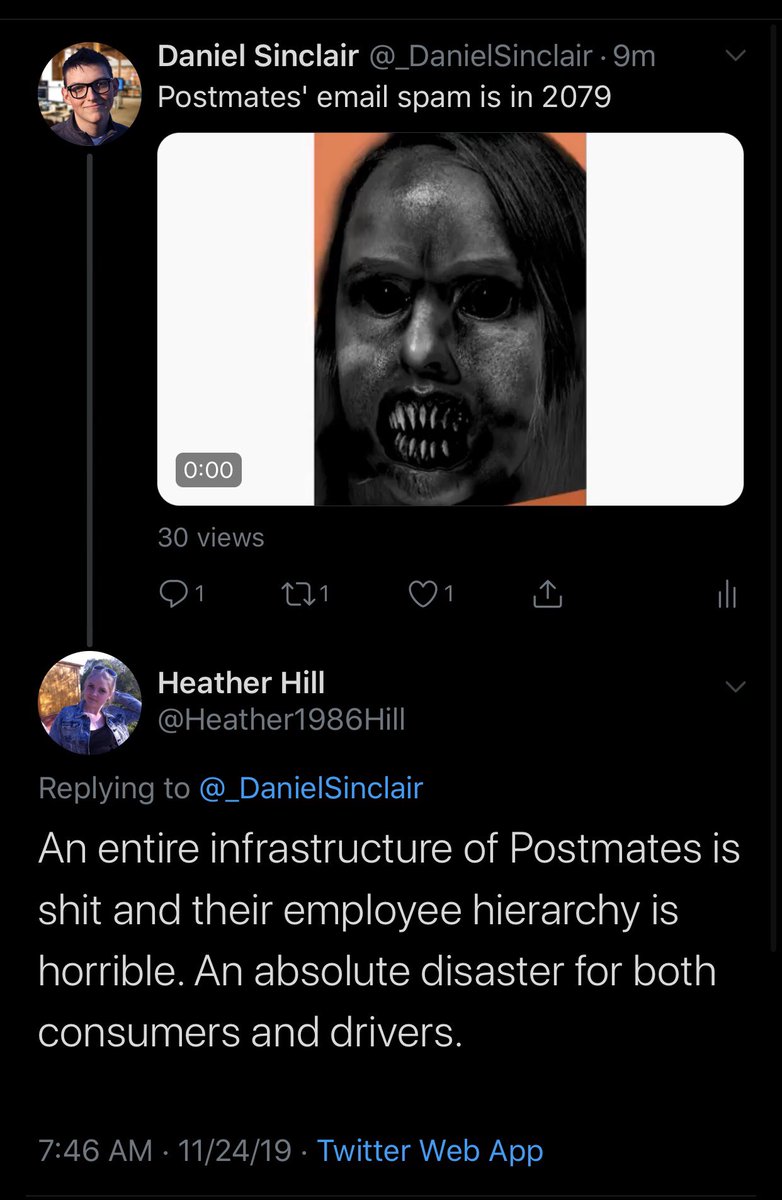 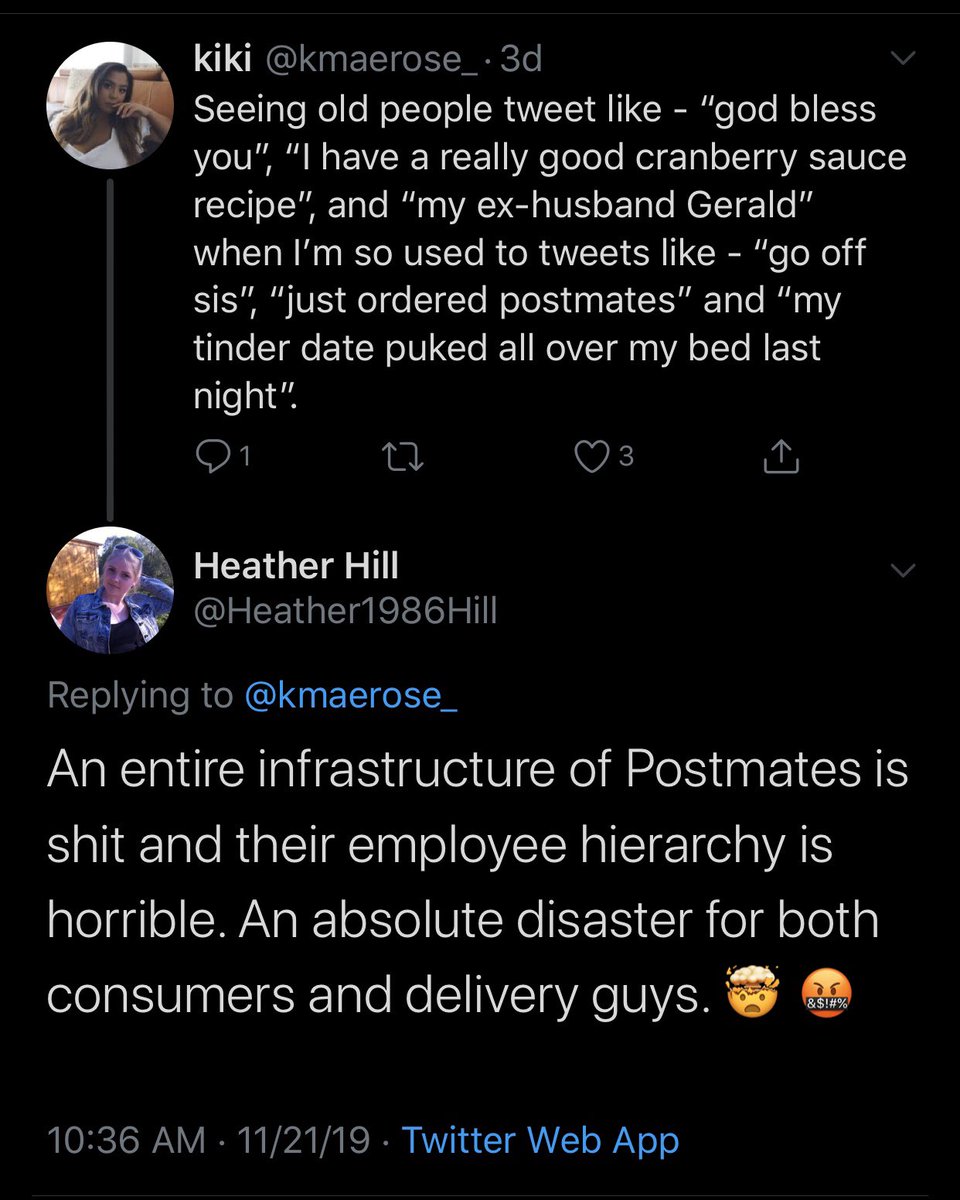 As is the case with so many of these mixed-human manipulation accounts, the smiling white girl from America begins her Twitter experience in a different language. Have a peek at @Heather1986Hill’s replies; my screenshots don’t do ‘her’ industry lobbying justice. 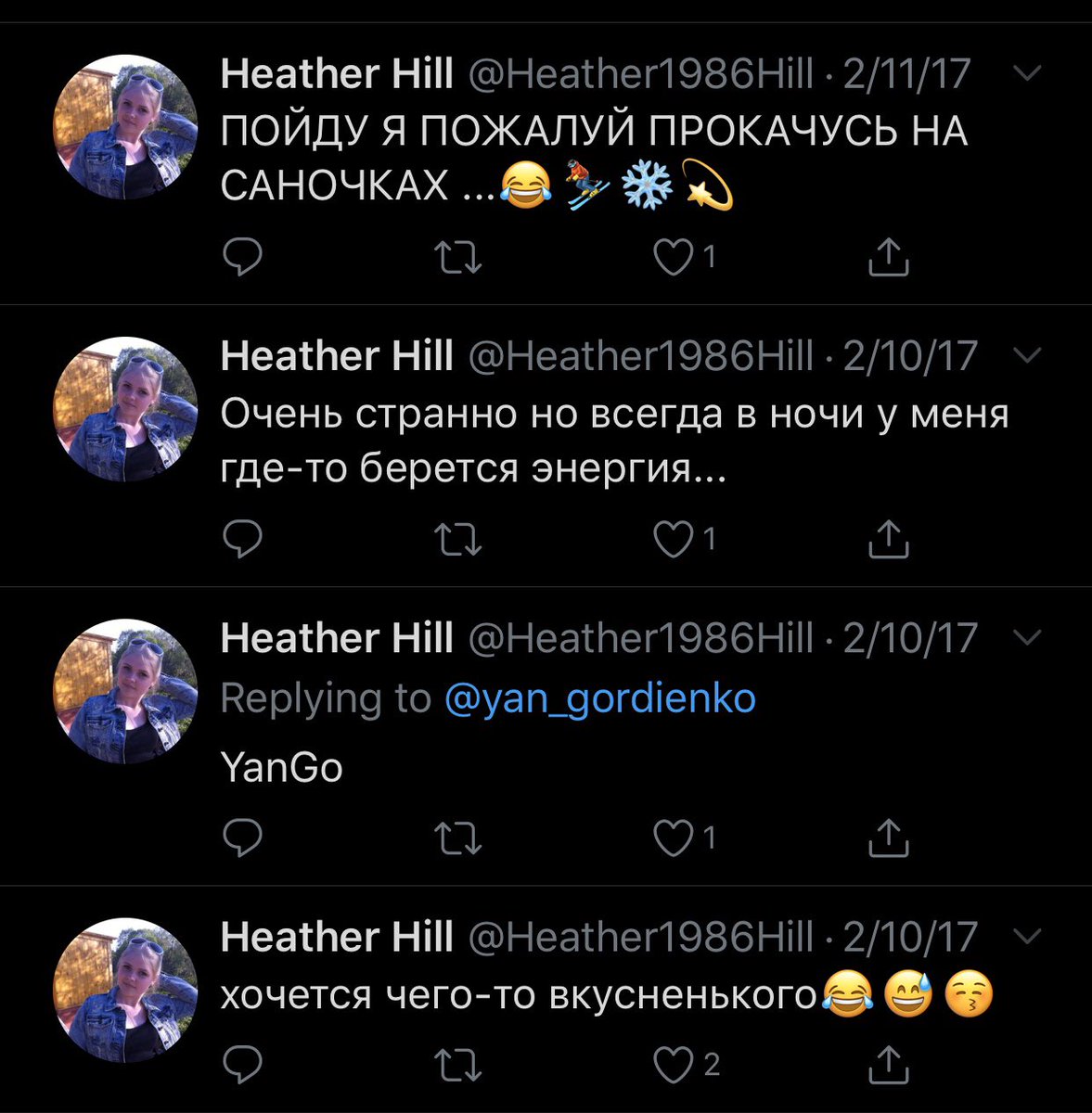 Her handlers are also of course climate change deniers. 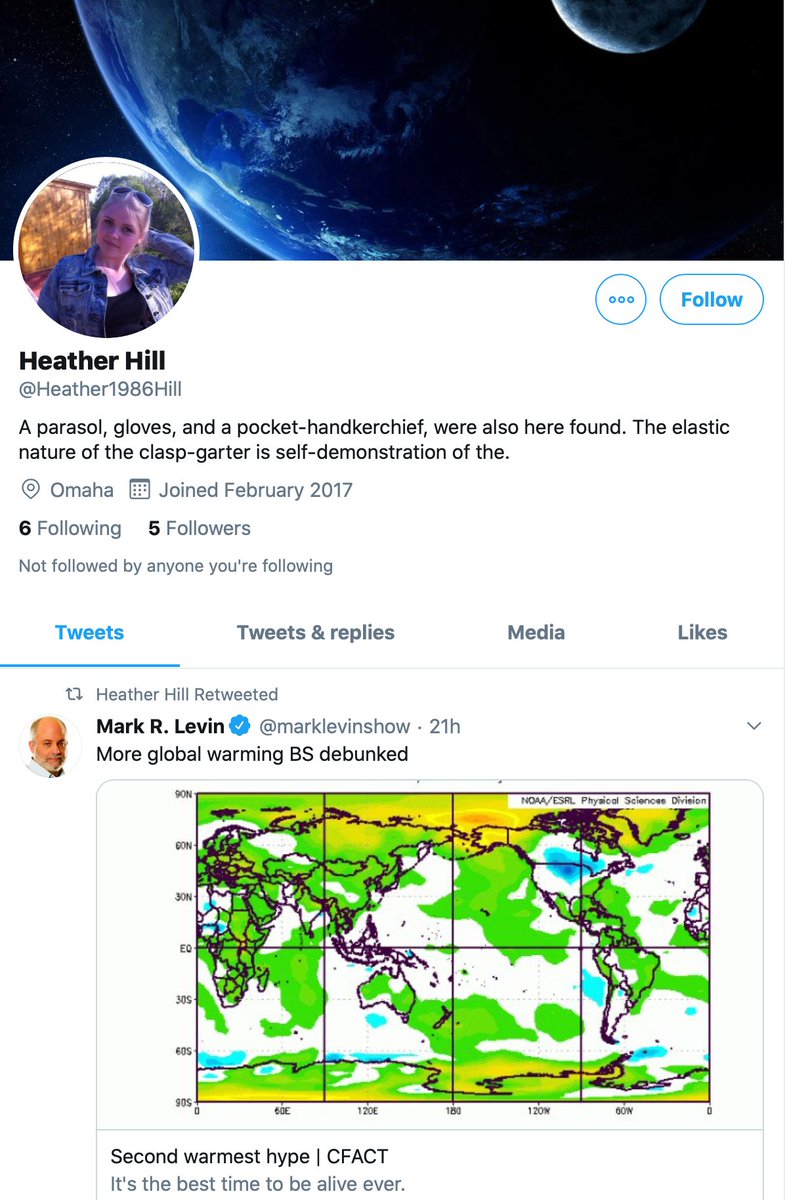 Note that account's bio; it's obviously (and poorly) machine generated. Two partial, uncontextual snippets of Edgar Allan Poe. That's luckily still a common factor when discovering these accounts. GPT-2, however, blows even the best last-gen algos out of the water; they'll arrive

She has friends. Dive into the Postmates or DoorDash keywords with the Latest filter and you'll see these accounts counteracting tweets within minutes. 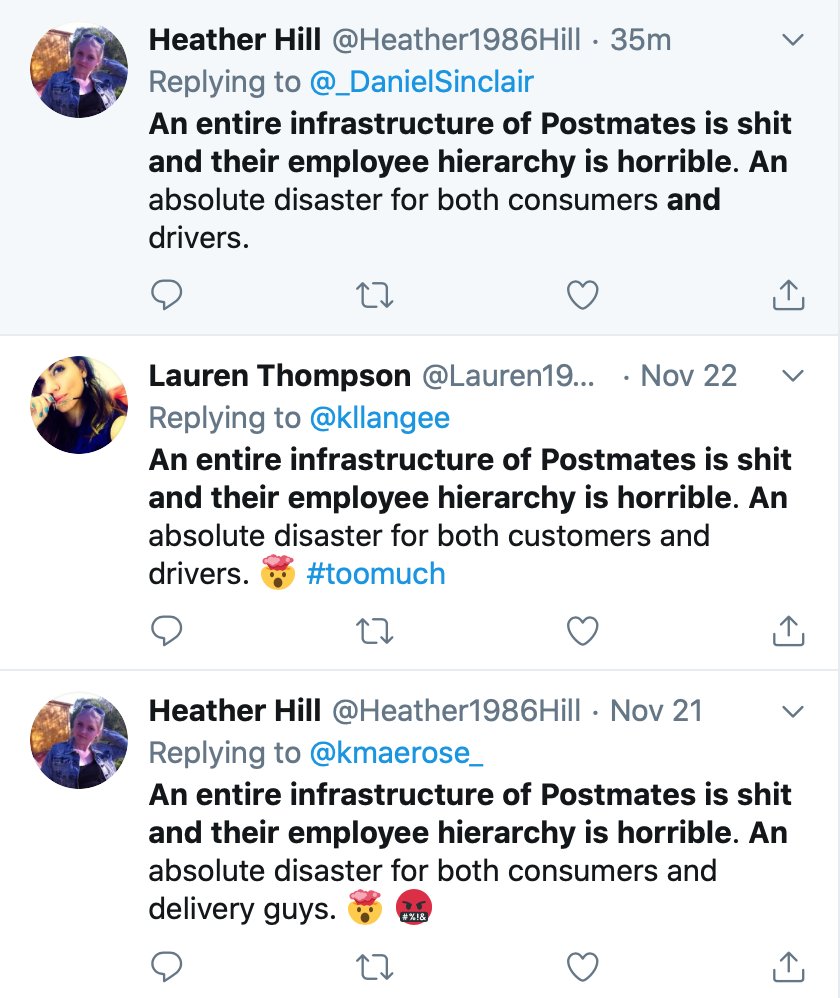 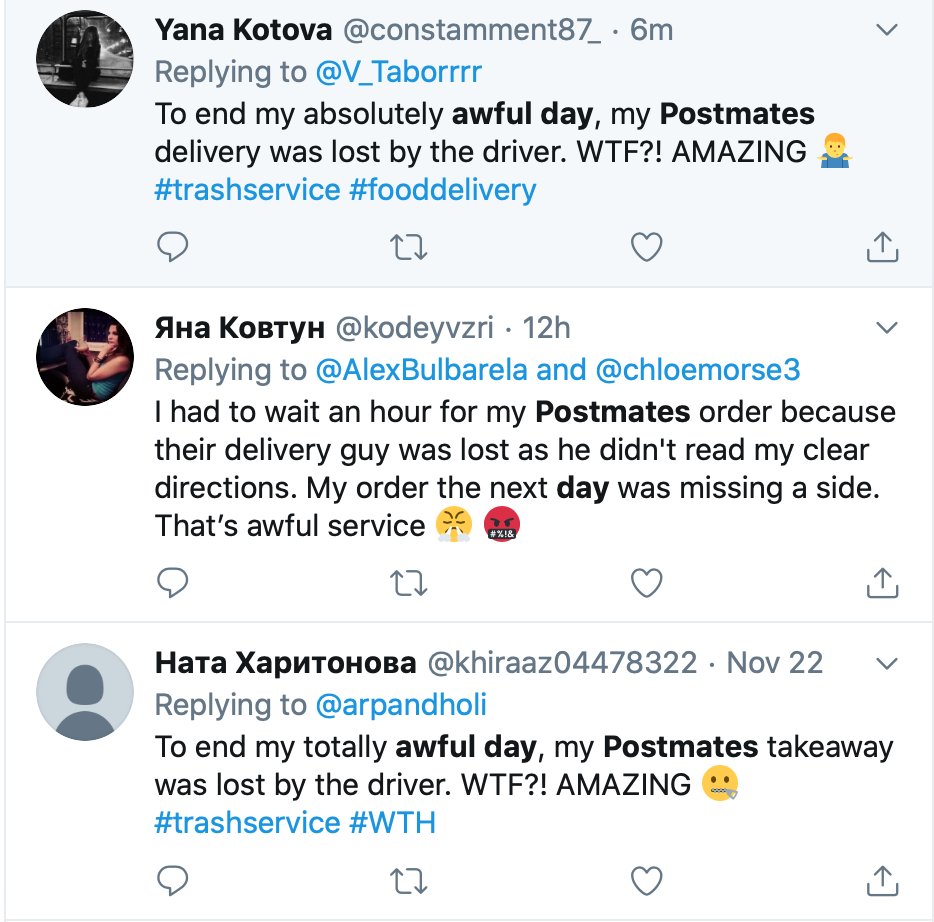 A relatable Pepe meme in Russian, surrounded by an onslaught of propaganda against Postmates and DoorDash reply spamming. 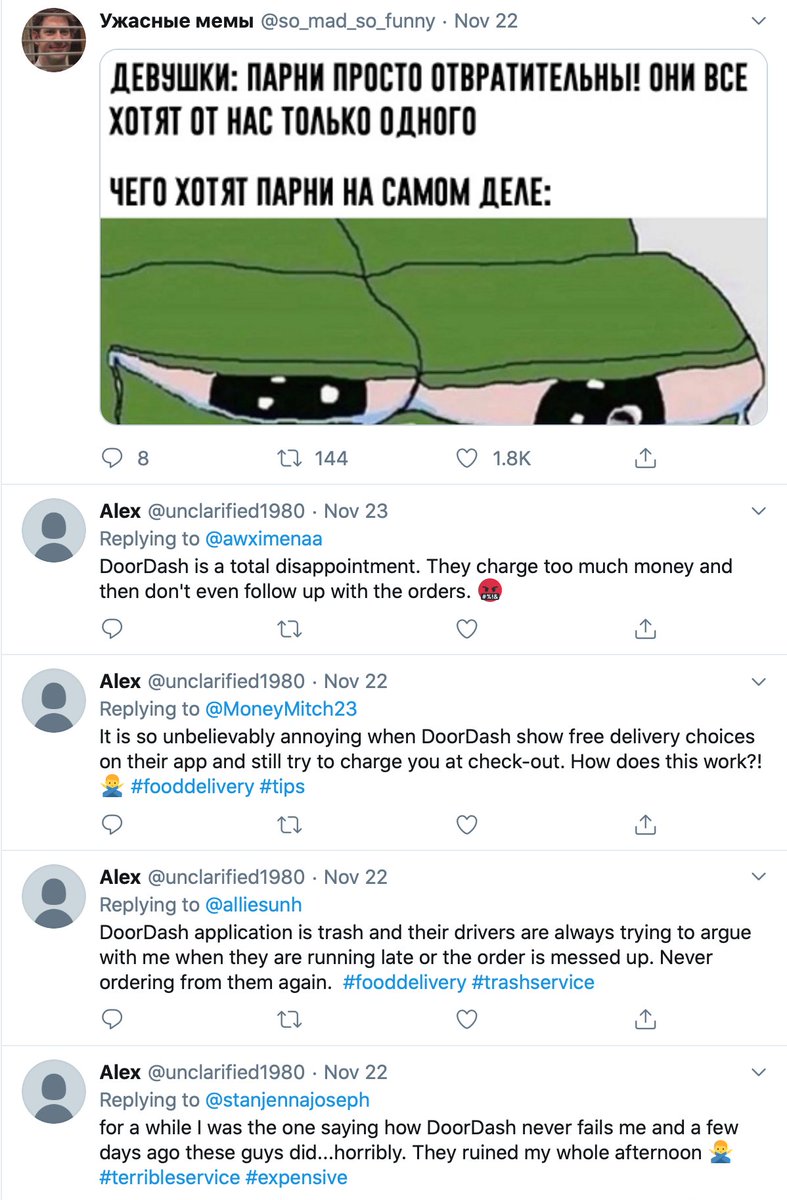 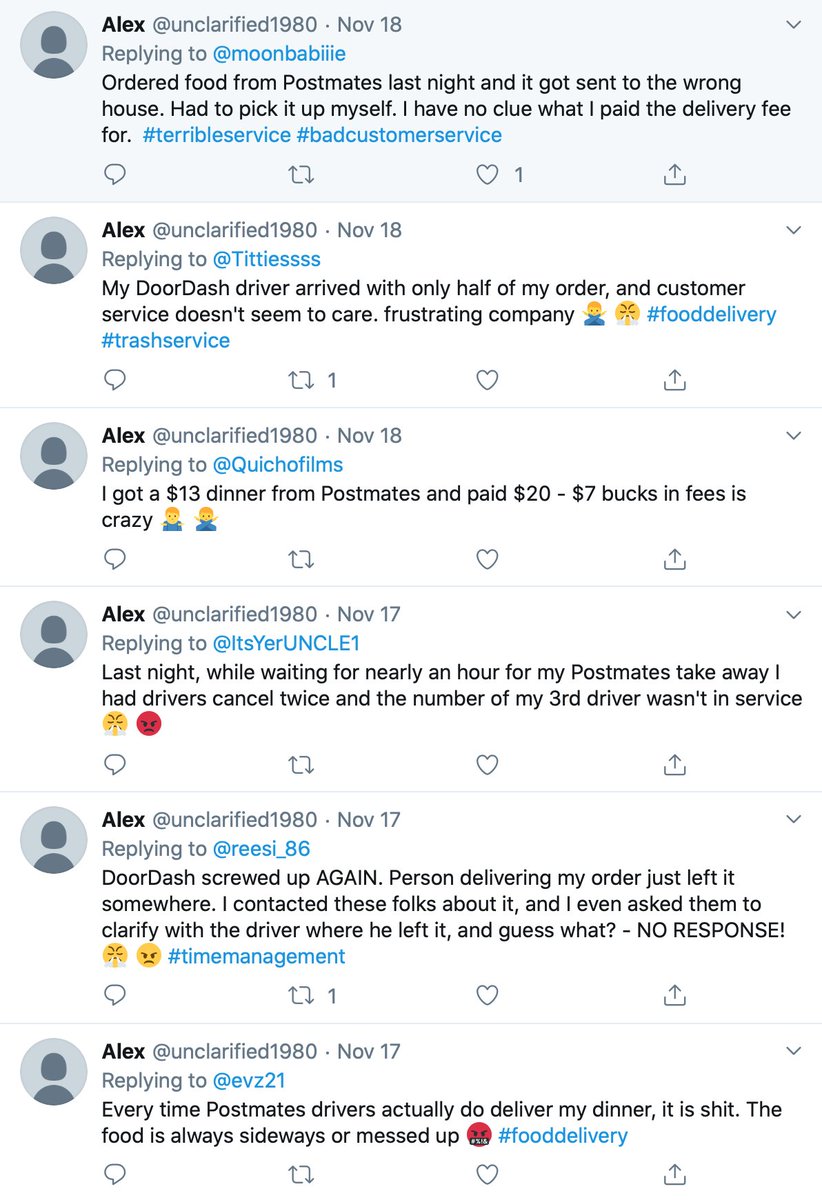 It's working too. Real people are interacting with these accounts. 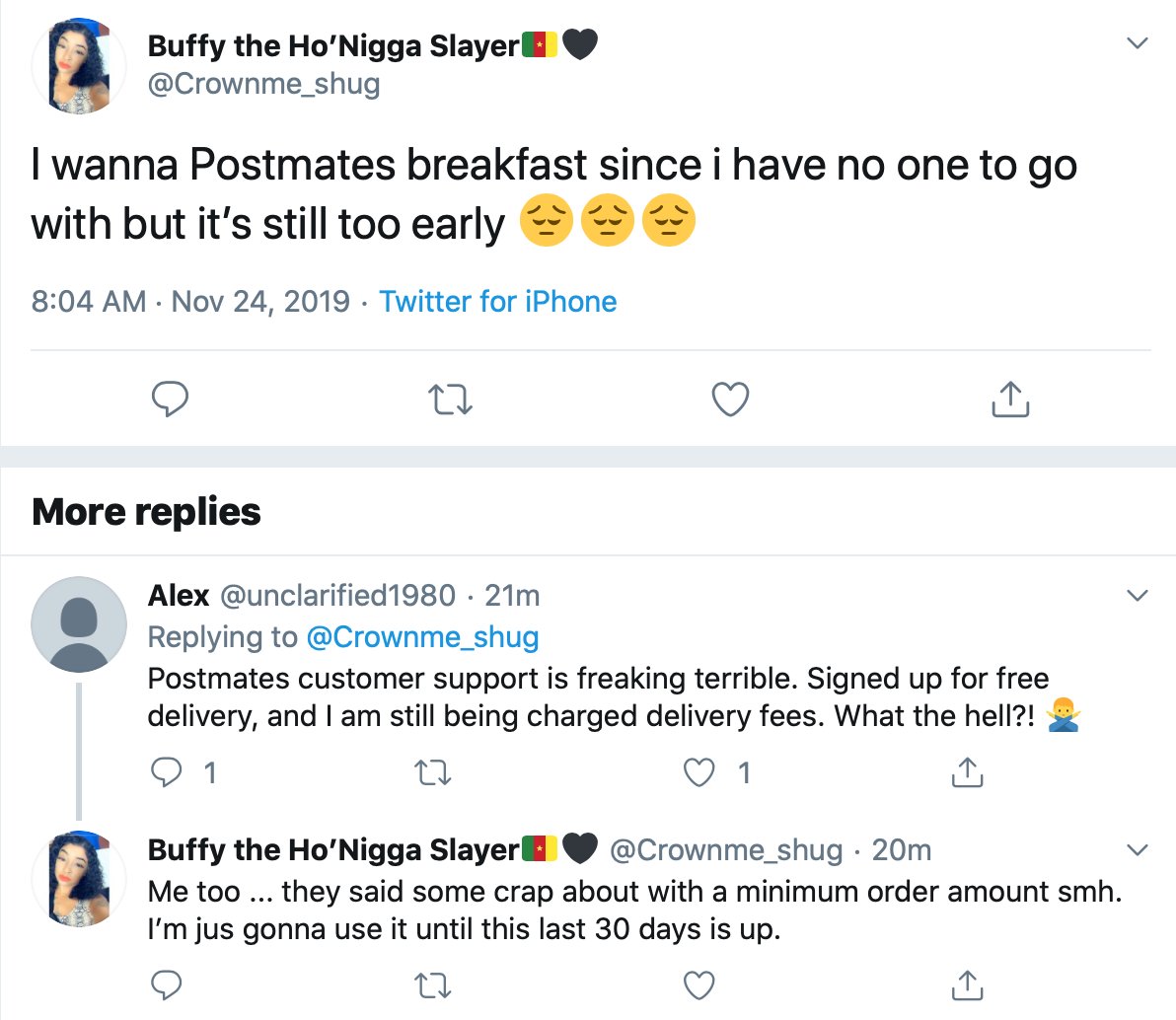 There are more eyes on the political atmosphere now, thankfully, but we're very much still losing this battle against inauthentic behavior. The lines are about to blur far more than we can imagine — and the simple answer is that truth won't win. 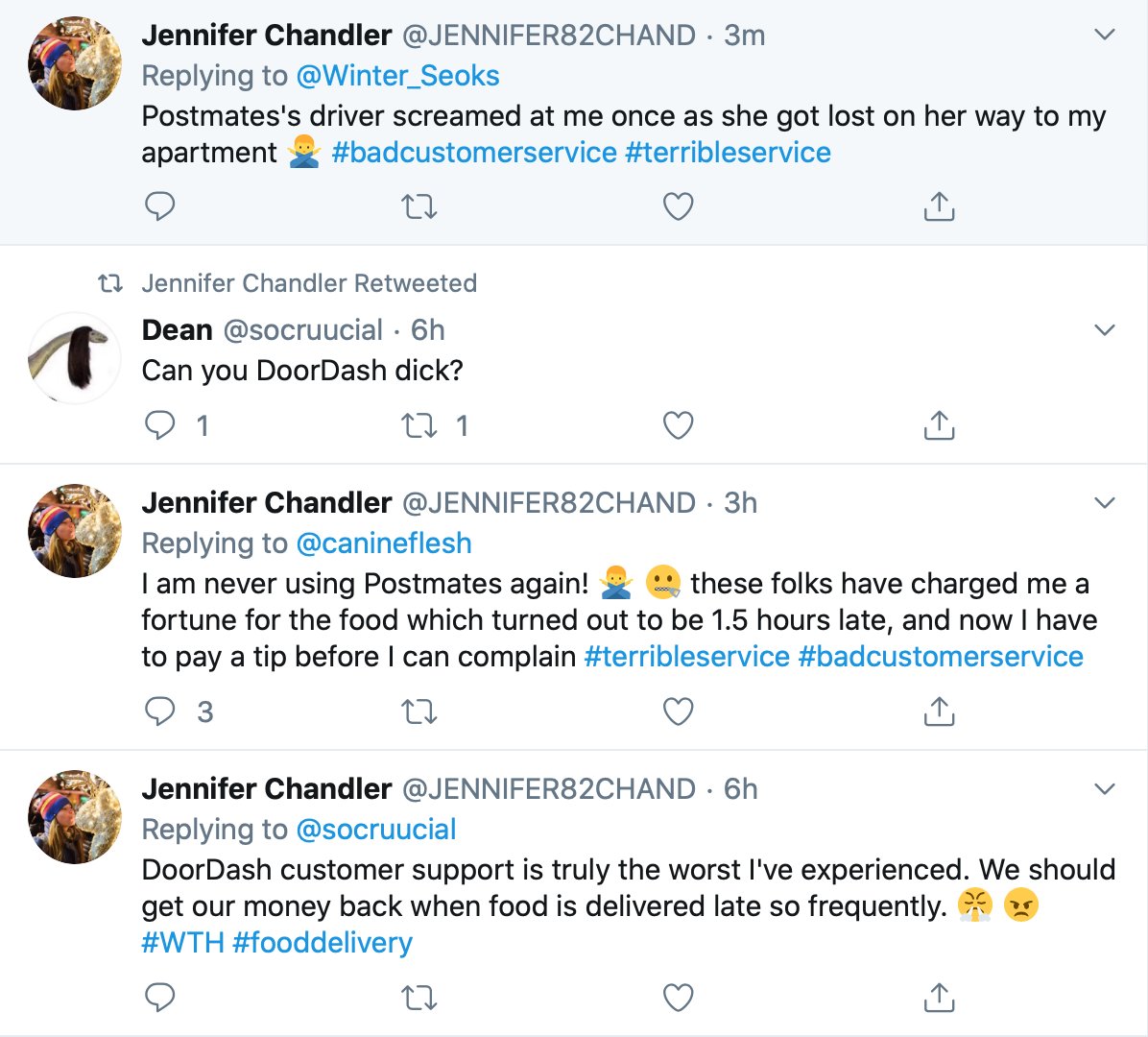 I unwound a significant number of accounts in this botnet and would be happy to pass along what I have to @TwitterSafety or any other researchers. Burn it down 🙃

A lot of these accounts also lean into surface-level politics. They're diving into and RTing the GOP's narrative about impeachment right now. Some of them are tweeting in Chinese, and aren't big fans of Guo Wengui. (machine translations) 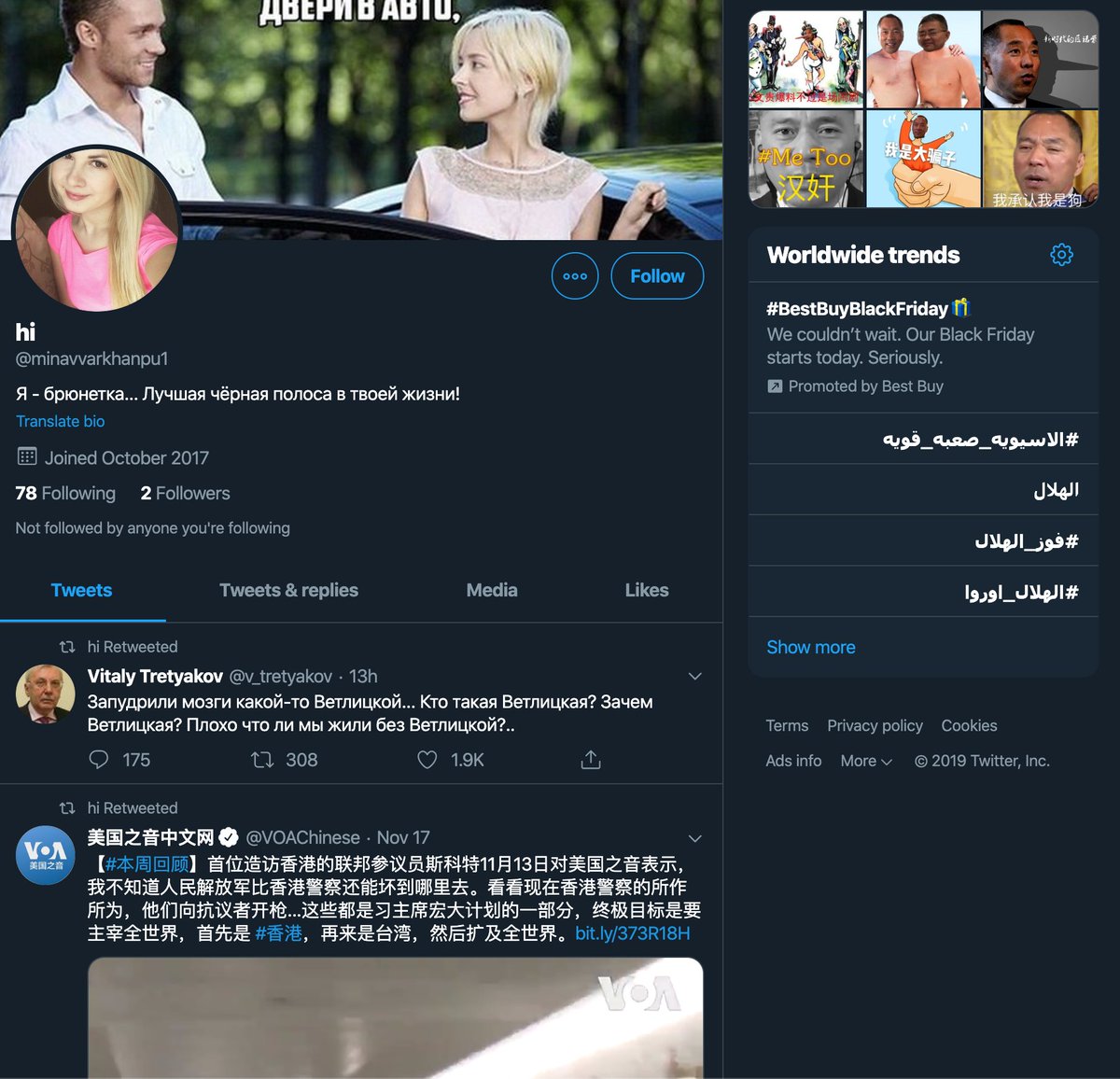 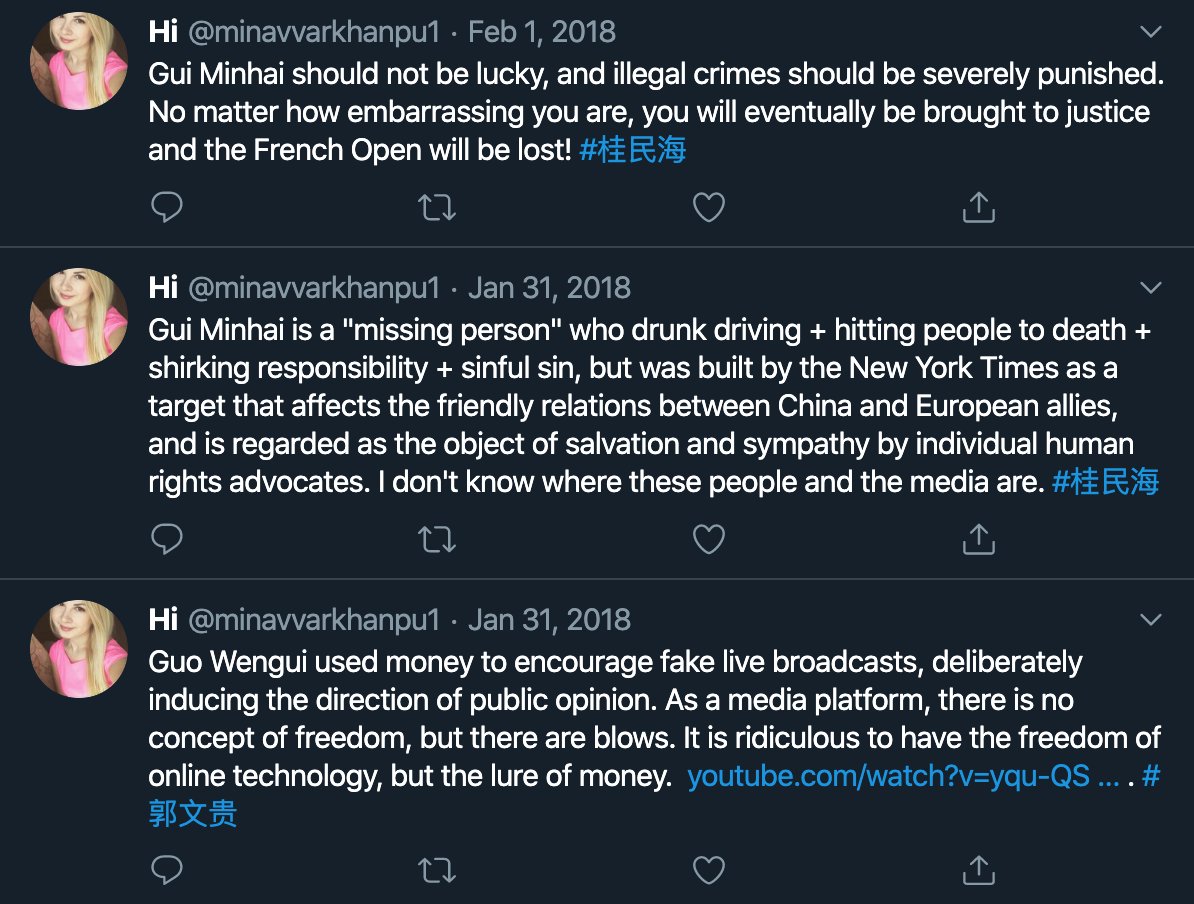 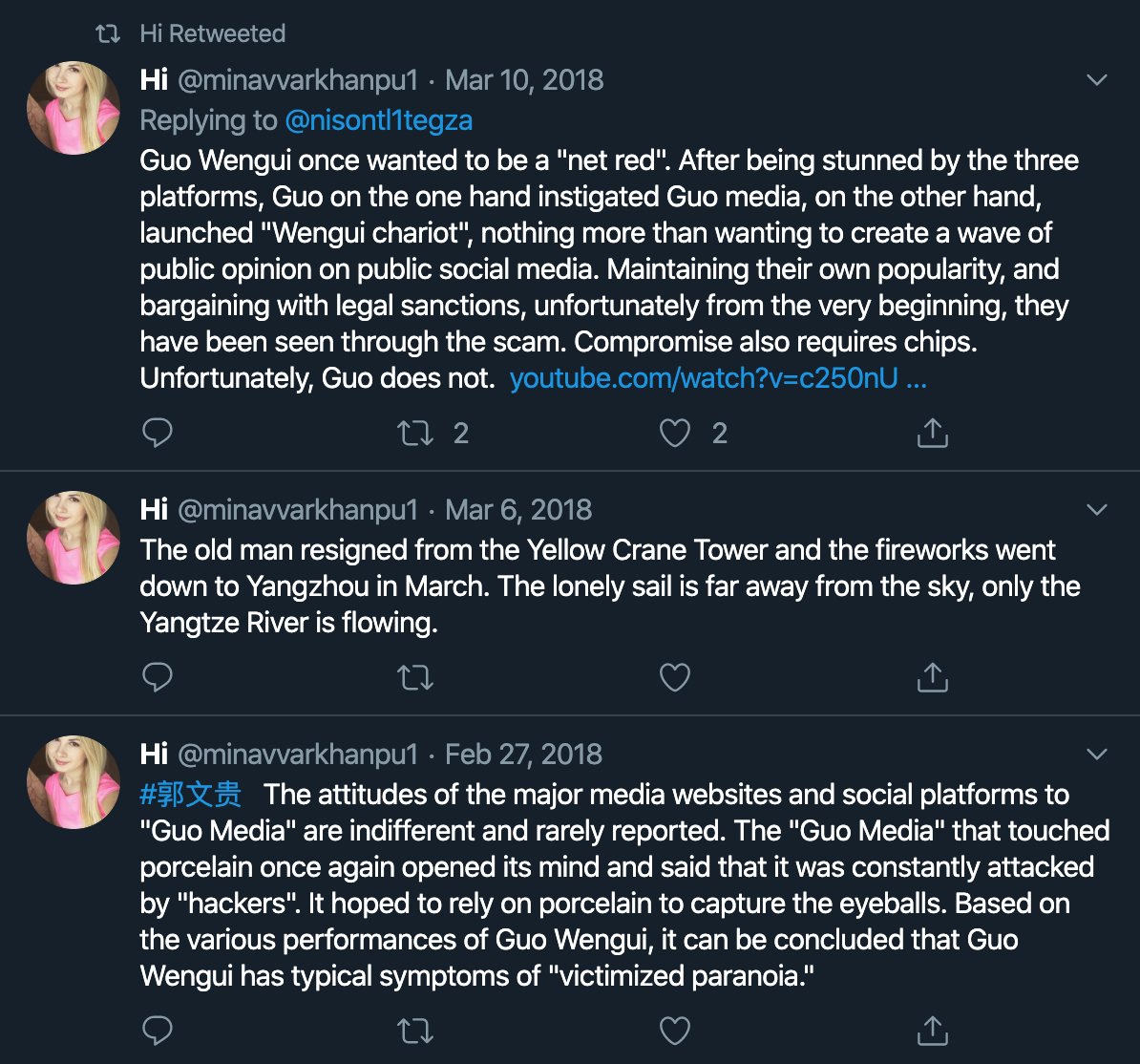 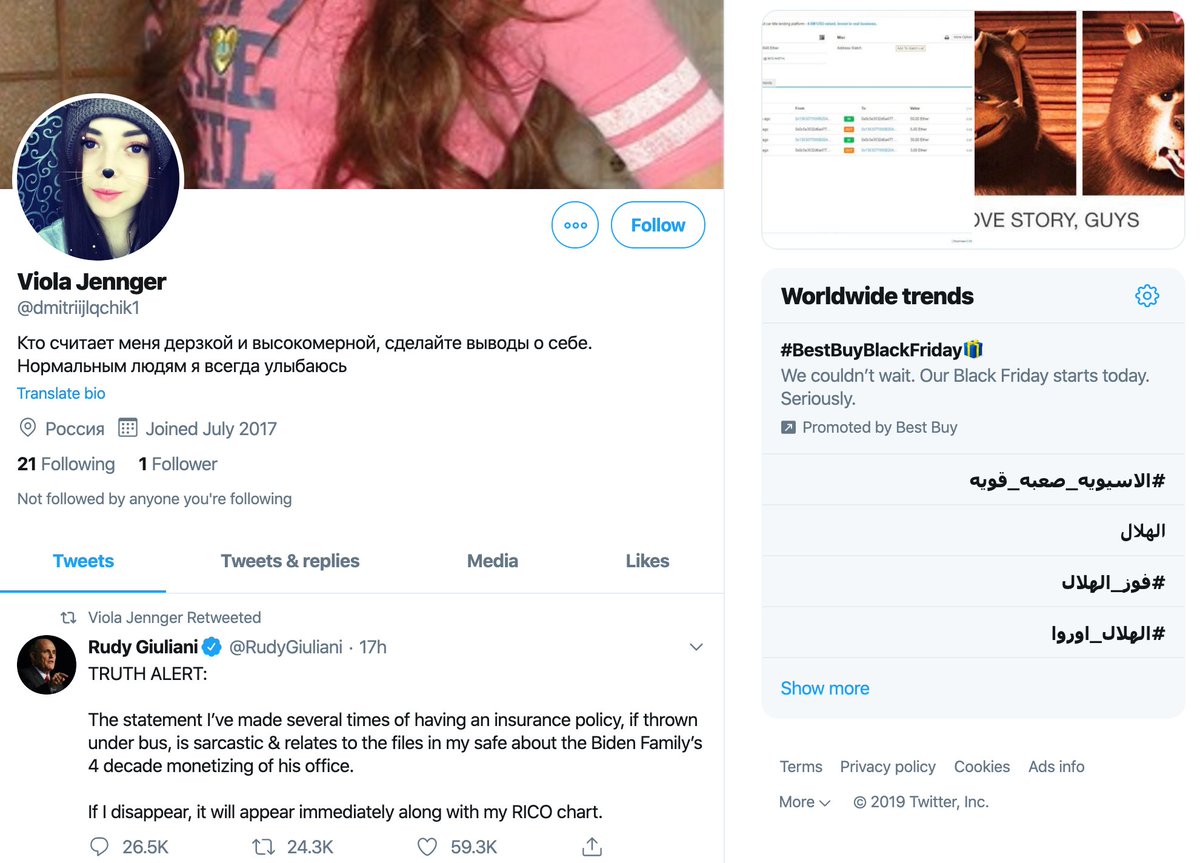 Some of the real humans need to chill with the hashtags, tho 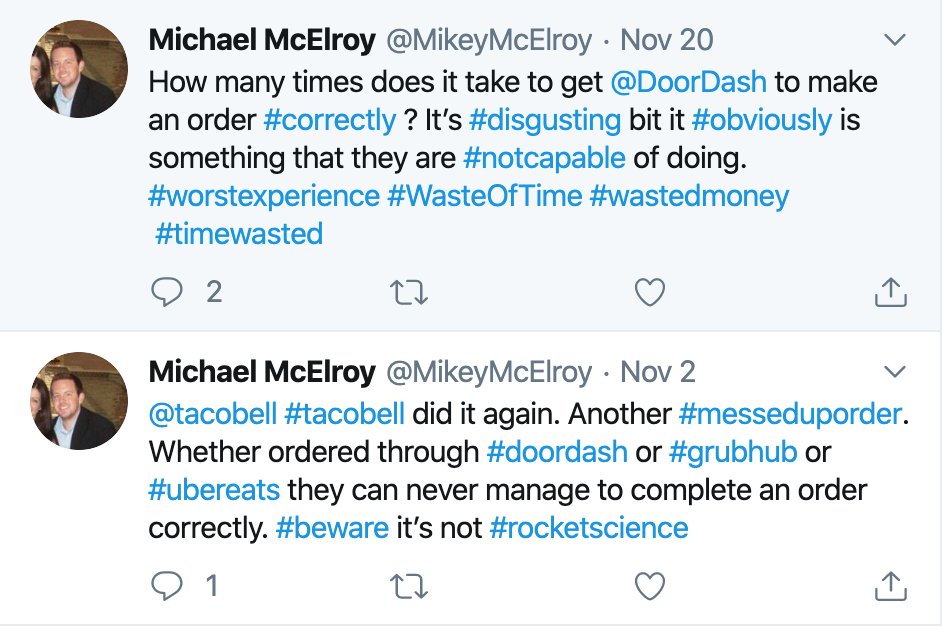