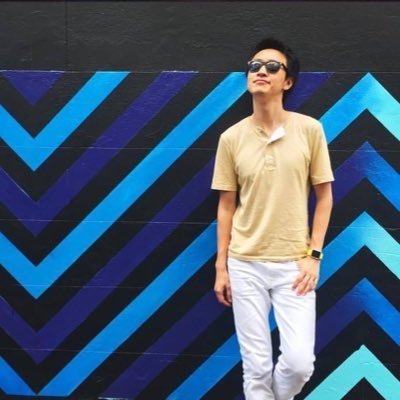 1/ A decade ago we weren’t sure neural nets could ever deal with language.

Far from having an AI winter, we are having a second AI spring.

2/ The first AI spring is of course ImageNet. Created by @drfeifei and team in 2009, it was the first large scale image classification problem for photos instead of handwriting and thumbnails.

3/ In the years that followed neural nets made strong progress on voice recognition and machine translation.

4/ In language understanding, neural nets did well in single tasks such as WikiQA, TREC, and SQuAD but it wasn’t clear they could master a range of tasks like humans. 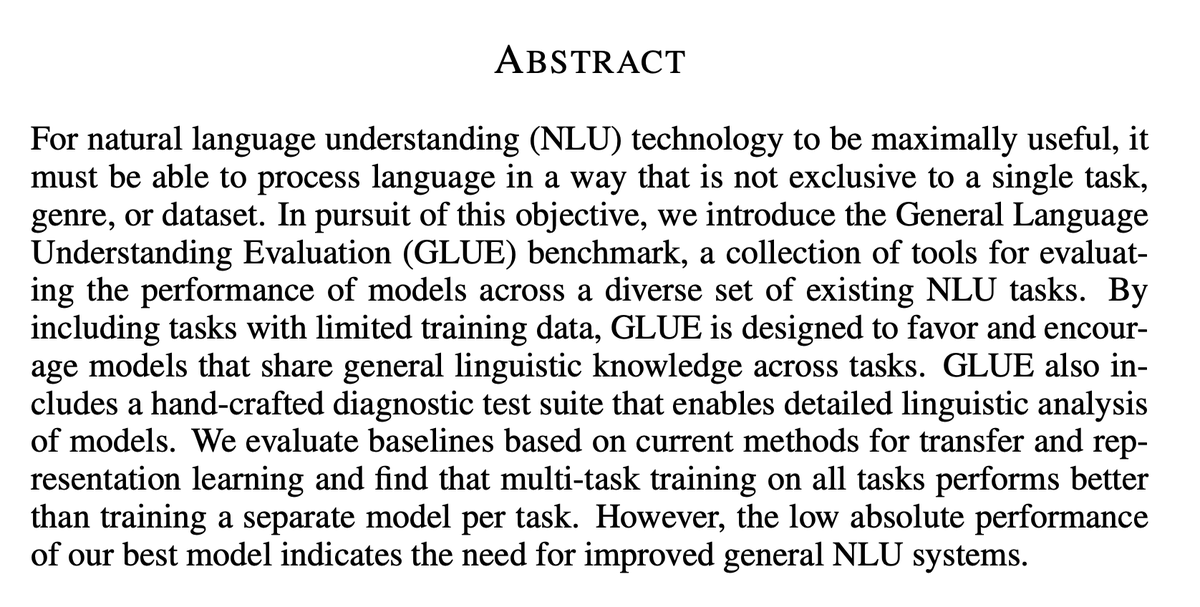 5/ It took six years for neural nets to catch up to human performance in ImageNet.

Transformer based neural nets (BERT, GPT) beat human performance in GLUE in less than one year. 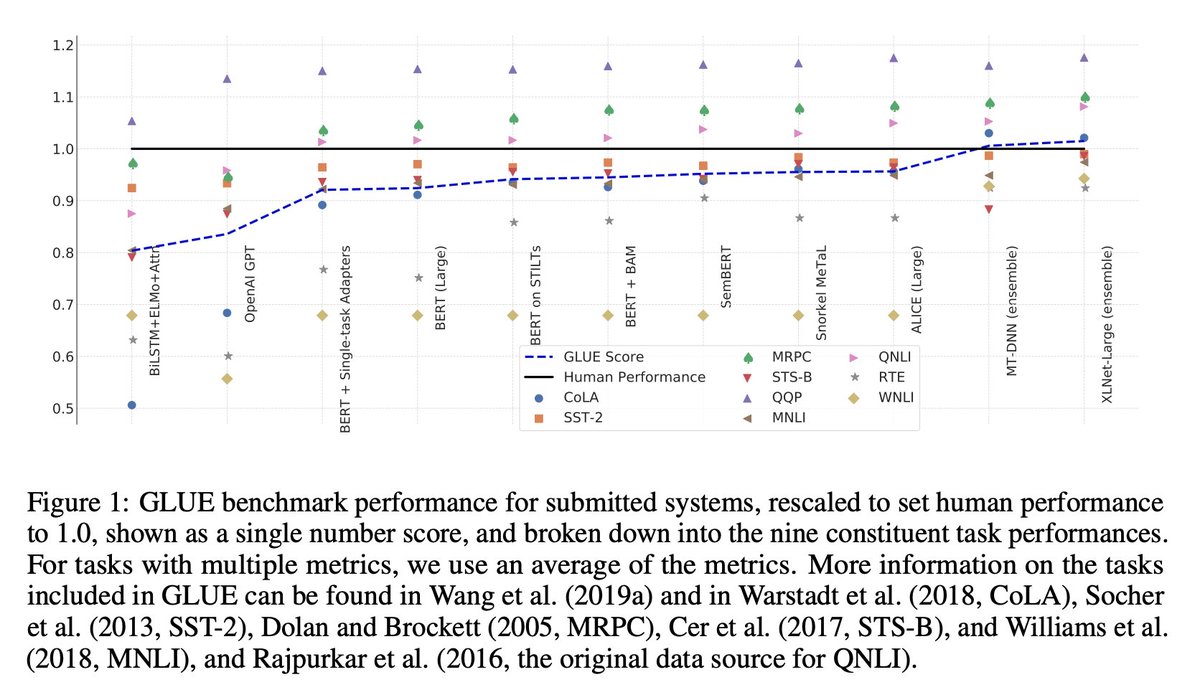 6/ Progress in language-understanding was so rapid, the authors of GLUE was forced to create a new version of the benchmark “SuperGLUE” in 2019.

SuperGlue is HARD, far harder than a naive Turing Test. Just look at these prompts: 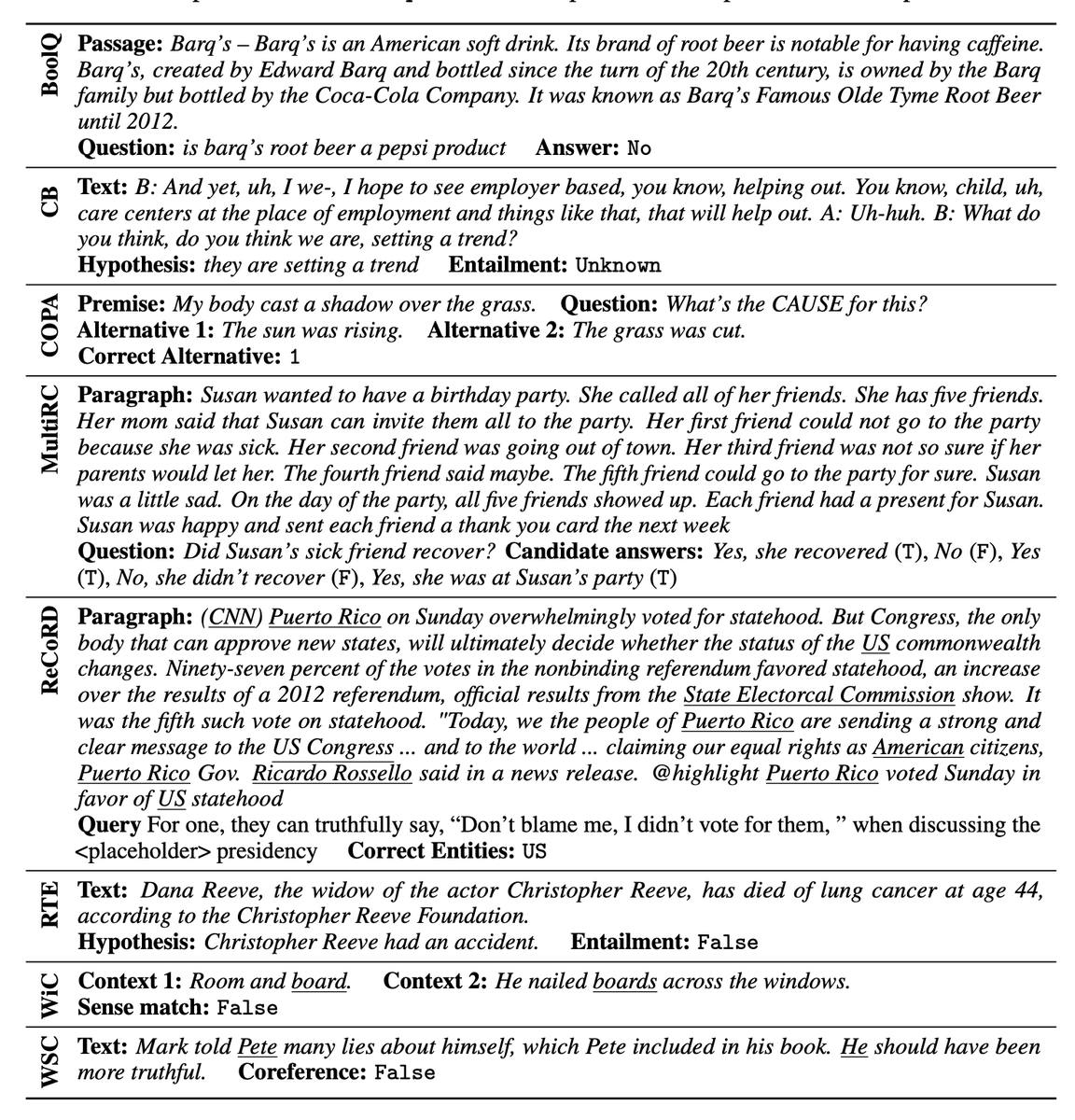 7/ Will SuperGLUE stand the test of time? It appears not. Six months in and the Google T5 model is within 1% of human performance. 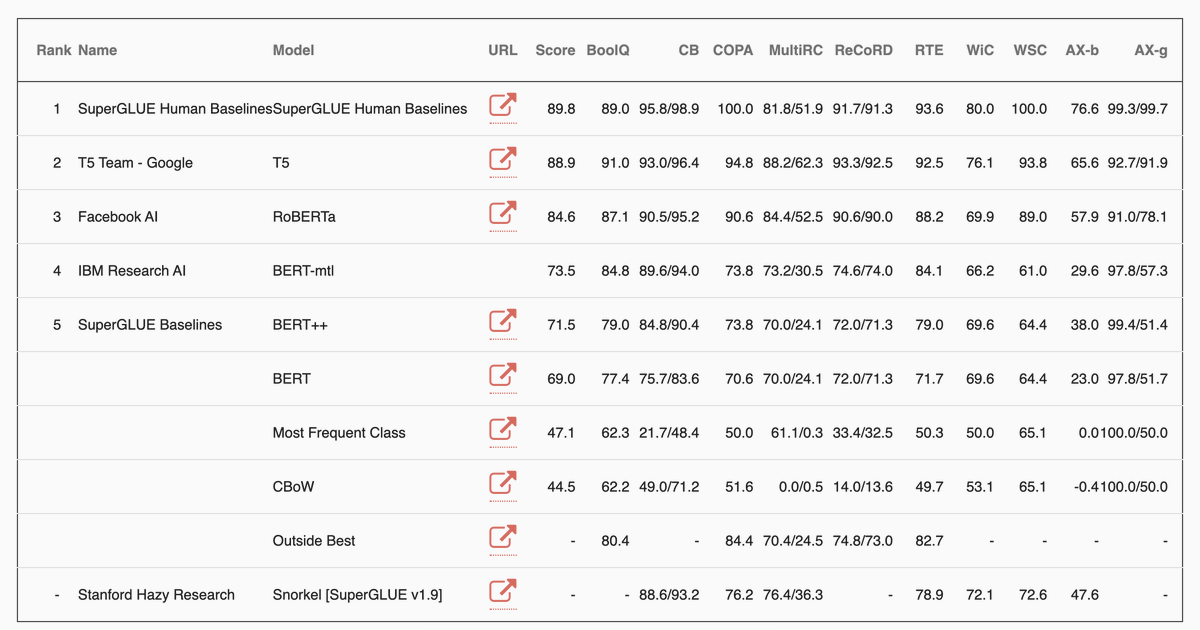 8/ Neural nets are beating language benchmarks faster than benchmarks can be created.

Why? Is it a matter of time to deployment or are diverse human questions just much harder?