For the first time, a peer-reviewed study has looked at whether Russian influence operations on Twitter actually changed Americans' minds.

The answer appears to be no, and the reason why is interesting. My story:  https://onezero.medium.com/russian-trolls-arent-actually-persuading-americans-on-twitter-study-finds-d8fd6bcacaba …

One reason Russian agents may struggle to influence Americans' politics via Twitter, it turns out, is that the people they reach turn out to be the ones whose partisan views were the most entrenched to begin with.  https://onezero.medium.com/russian-trolls-arent-actually-persuading-americans-on-twitter-study-finds-d8fd6bcacaba …

Some important caveats to the finding that the IRA's Twitter campaign had no discernible impact.
- It looked only at 2017
- It may have had impacts the study couldn't discern
- The sample of those who engaged with IRA tweets was small
- Twitter is not the same as Facebook

Another good caveat, although I wouldn't use it to write off the study altogether.

Here is another critique of the Twitter IRA study that’s worth considering. (ht @justinhendrix)

A theme in each of these critiques is that Russia may influence US political discourse in ways that aren't captured by surveys of the political attitudes of the individuals who interact directly with IRA tweets.

And here is a detailed thread from the study's lead author, @chris_bail, acknowledging some of its limitations and explaining what conclusions he thinks we can safely draw.

A common misreading I'm seeing is that the study looked only at whether people changed their vote or party affiliation as a result of Russian tweets. In fact, the study looked at several measures of political attitudes, including intensity of partisanship, finding no effect. 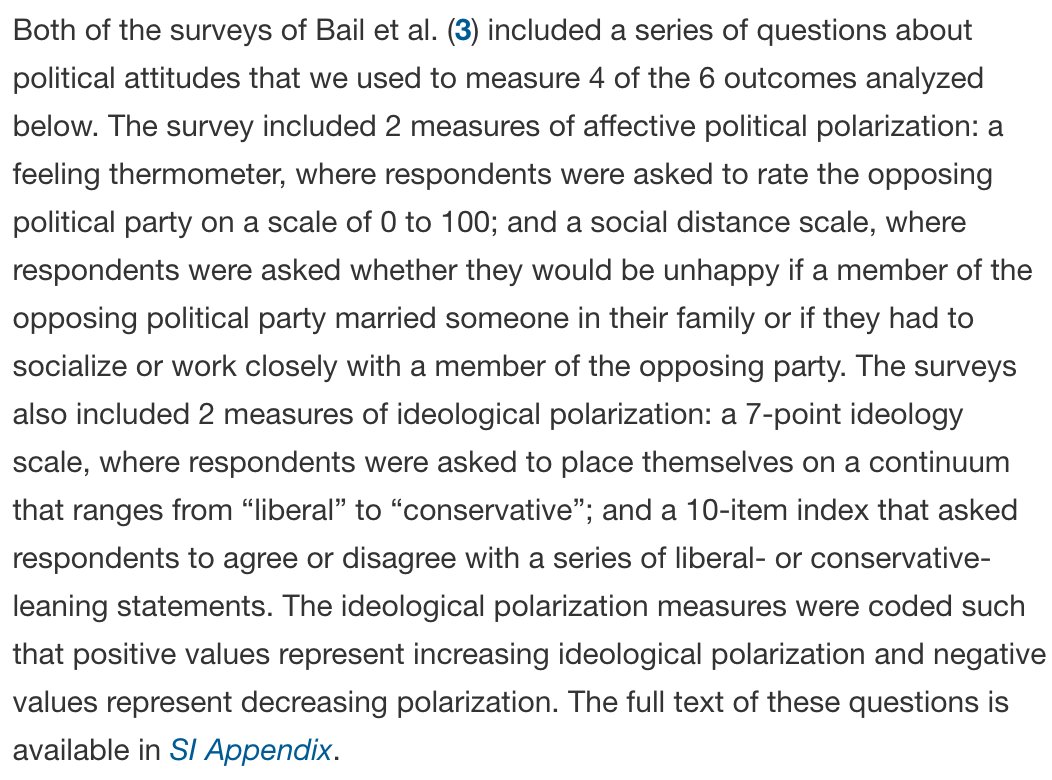