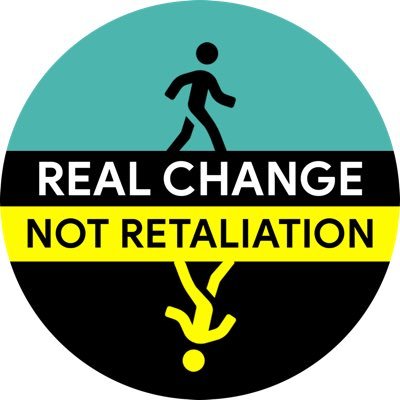 Google Walkout For Real Change @GoogleWalkout #GoogleWalkout 11/1 11:10am to protest sexual harassment, misconduct, lack of transparency, and a workplace that doesn’t work for everyone. Views ≠ Google. Nov. 26, 2019 2 min read

Four of our colleagues took a stand and organized for a better workplace. This is explicitly condoned in Google’s Code of Conduct, which ends: “​​​​​​​And remember… don’t be evil, and if you see something that you think isn’t right — speak up.” 2/12

When they did, Google retaliated against them. Today, after putting two of them on sudden and unexplained leave, the company fired all four in an attempt to crush worker organizing. Here’s how it went down: Google hired a union-busting firm. 3/12

Around the same time Google redrafted its policies, making it a fireable offense to even look at certain documents. And let’s be clear, looking at such documents is a big part of Google culture; the company describes it as a benefit in recruiting… 4/12

...and even encourages new hires to read docs from projects all across the company. Which documents were off limits after this policy change? The policy was unclear, even explicitly stating the documents didn’t have to be labeled to be off limits. 5/12

No meaningful guidance has ever been offered on how employees could consistently comply with this policy. The policy change amounted to: access at your own risk and let executives figure out whether you should be punished after the fact. 6/12

We knew then, and it’s clear now: this policy change was setting up an excuse to retaliate against organizers, allowing the company a pretext for picking and choosing who to target. 7/12

Using this policy, Google did all it could to frame our colleagues as “leakers.” This is a lie. And Google confirmed this when pressured. 8/12

As Laurence, one of those fired today, said during a workers’ rally in San Francisco on Friday November 22nd, “I asked Google’s Global Investigations team, am I being accused of leaking? Their answer was one word: ‘No.’ This isn’t about leaking.” 9/12

With these firings, Google is ramping up its illegal retaliation against workers engaging in protected organizing. This is classic union busting dressed up in tech industry jargon, and we won’t stand for it. 10/12

Instead of upholding user trust, Google is choosing to hide unethical behavior instead of correct it, to double down on hostile workplace conduct instead of fixing it. They think this will crush our efforts, but it won’t. 11/12

For every one they retaliate against, there are 100s of us who will fight, and together we will win. One of the most powerful companies in the world wouldn’t be retaliating against us if collective action didn’t work. Stay tuned for more. 12/12