So that’s today’s reading sorted then 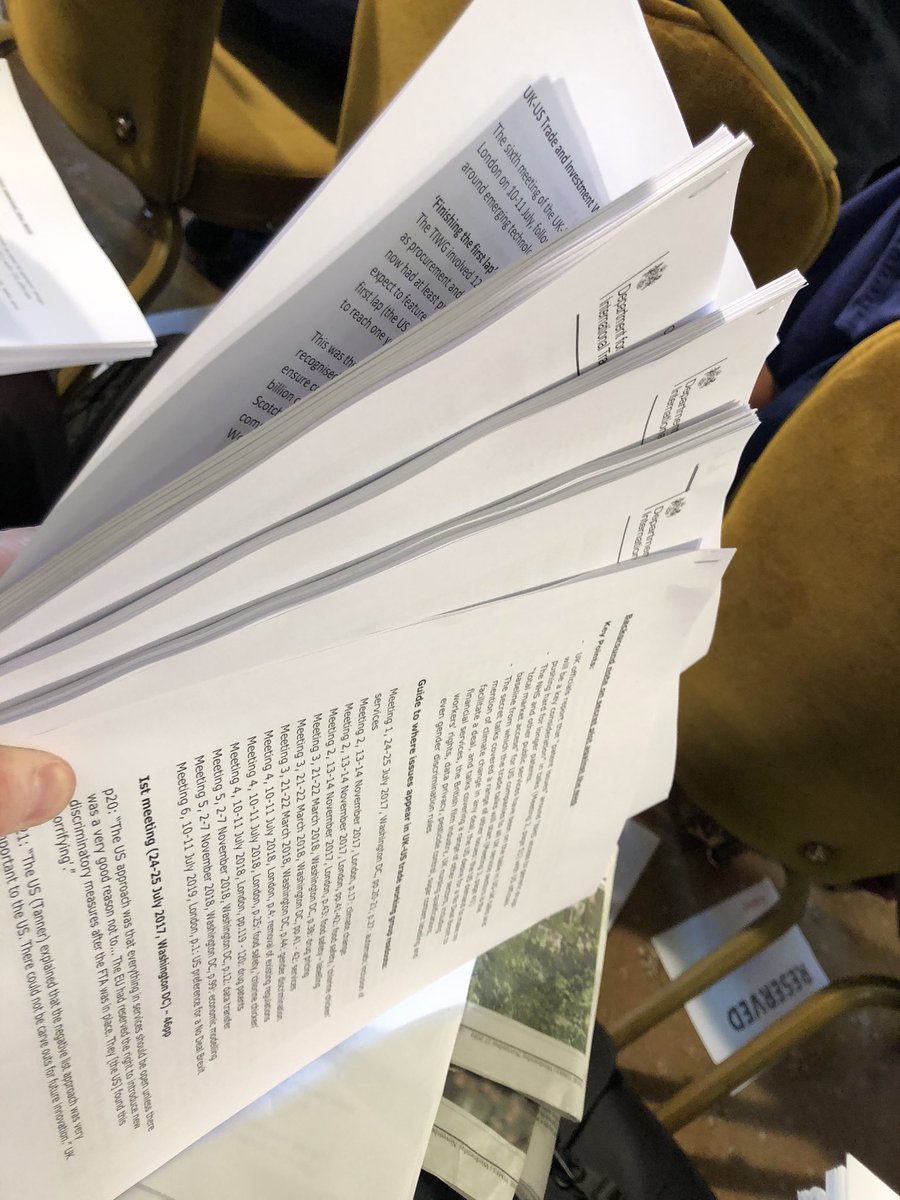 Here are the key elements in the pile of documents 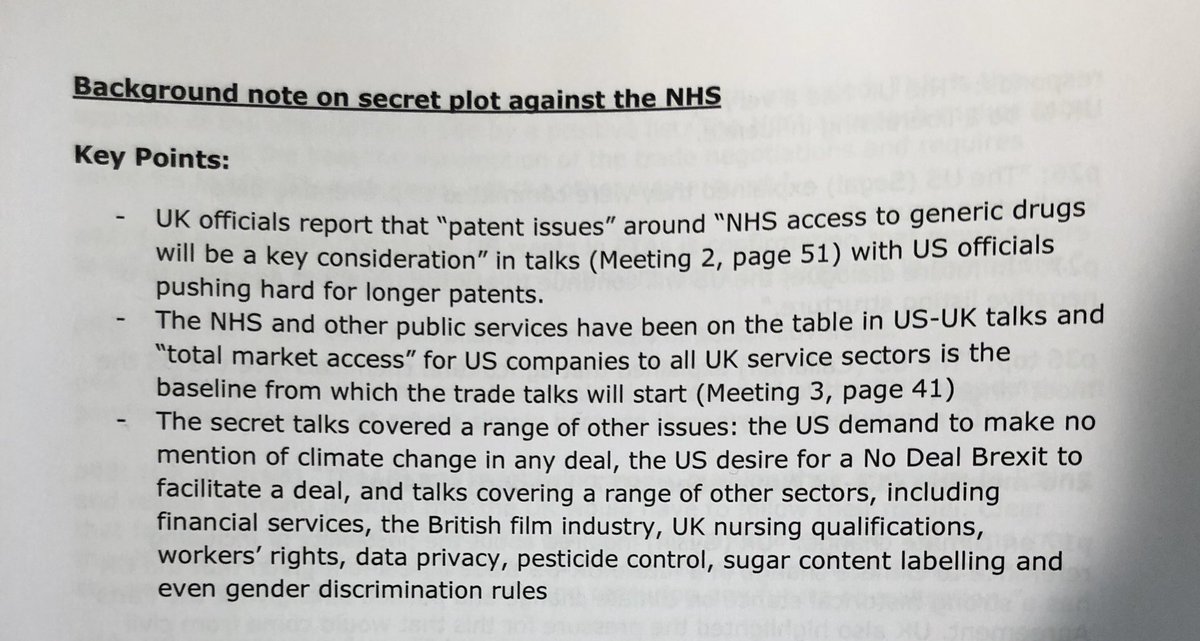 Corbyn asked killer question by @bbclaurak - does Labour has any actual proof that UK ministers privately suggested to Washington that healthcare could form part of trade deal?

All Corbyn can say is that ministers “sanctioned” and were aware of the talks by officials.

Also something shifty about handing out 450 pages of documents to journalists and then sounding angry that they are asking questions about other stuff as well as the documents they literally have had no time to read in detail yet....

in truth this seems fairly thin material buried in the 451 pages when you boil it down to the essentials.

page 41: US is anti-food warning labels.

page 43: US desire to sell us their chlorine-washed chicken.

page 119: US “pushing their positions” re longer drug patents.

Although this is very striking insight into how Trump perceived the future trade talks....”all to play for in a No Deal situation”.... 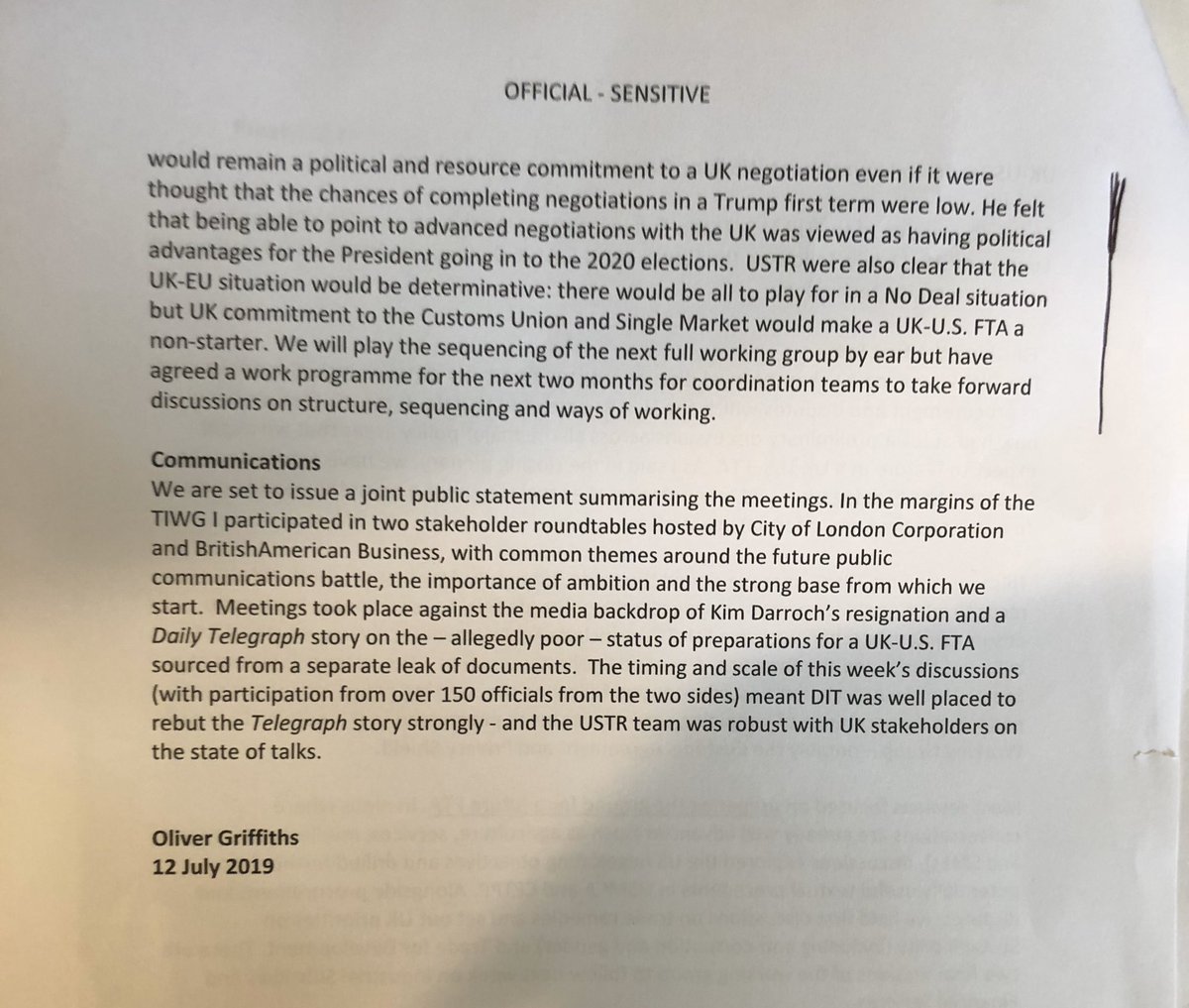 Here’s the Tory response from @trussliz 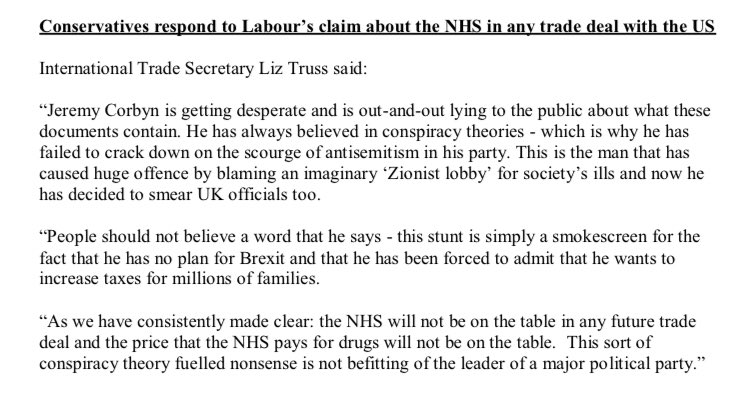 or, if you can't be bothered to read the press release