I will keep asking this: how many rapists must we kill before men stop raping women?

DNA identified a serial predator. The law let him off the hook.  https://www.motherjones.com/crime-justice/2019/11/sexual-assault-rape-investigation-justice/ …

From the chapter Violence in my book The Seven Necessary Sins For Women and Girls:

I am talking about the end of rape because men are sufficiently scared of women that they would never dare to rape or try to rape them.
#7necessarysins 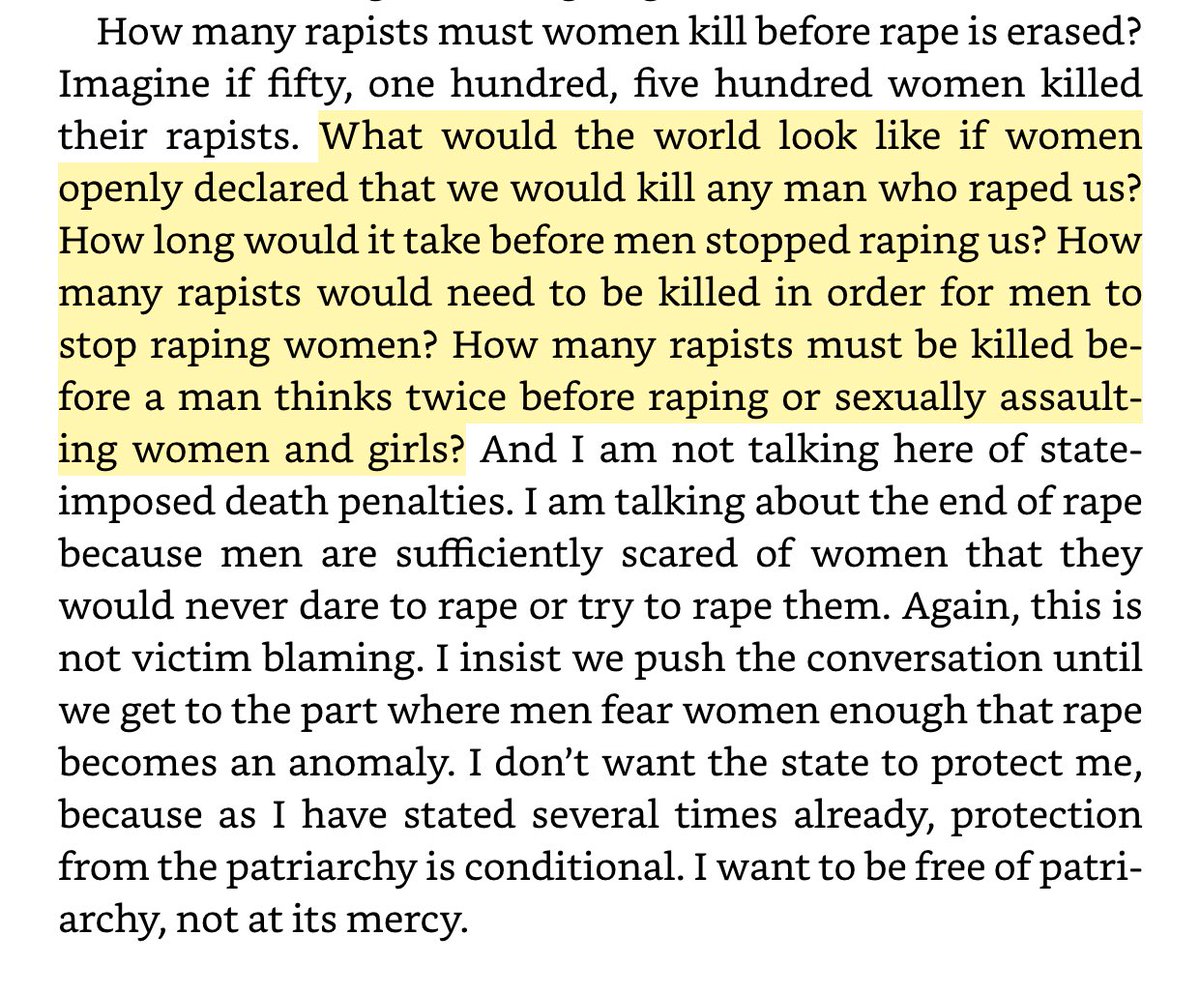 I insist we push the conversation until we get to the part where men fear women enough that rape becomes an anomaly. So how many rapists must we kill? And I don’t want the state to protect me because “protection” is conditional. I want to be free of patriarchy, not at its mercy. 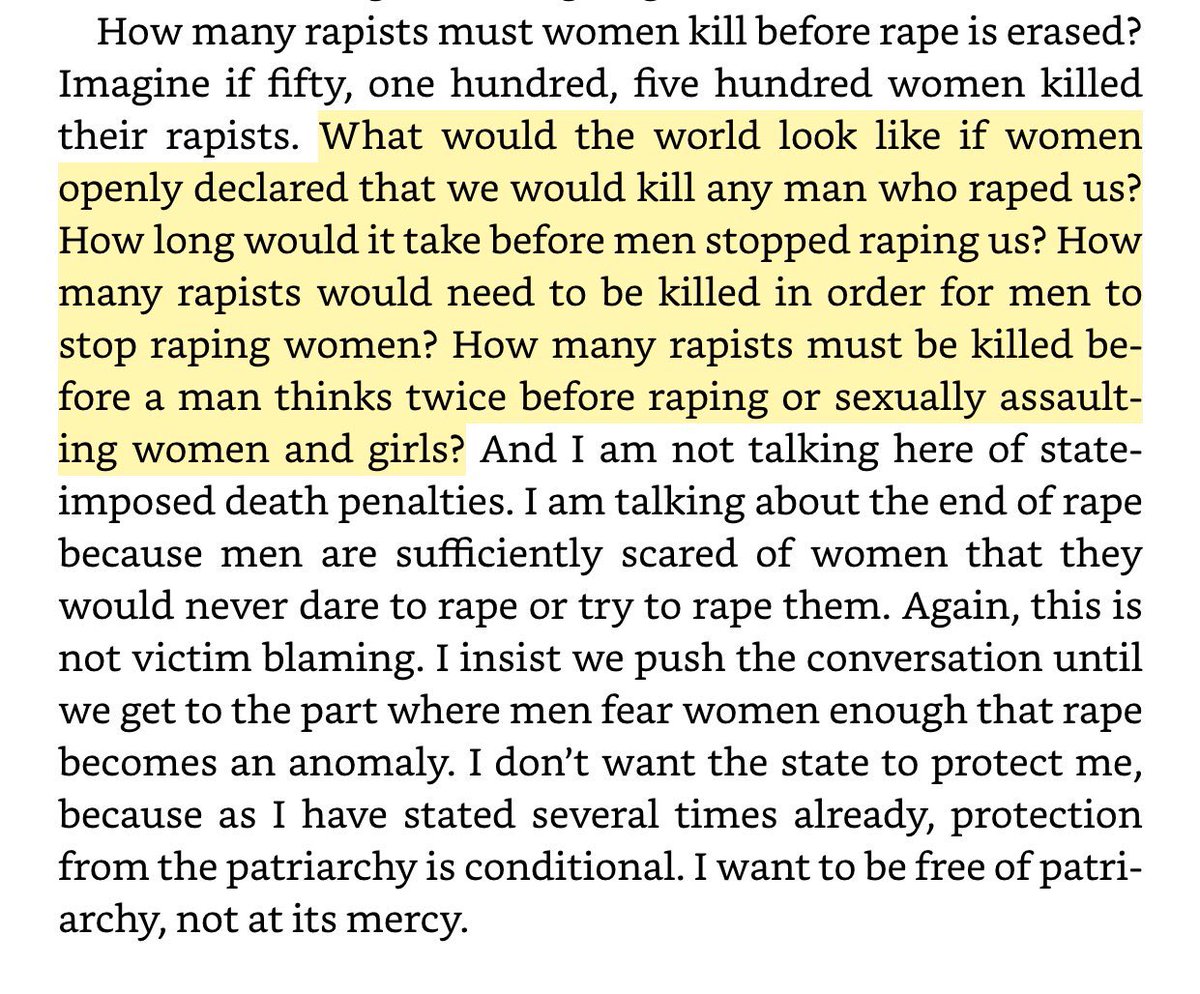 I want patriarchy to fear us. #7necessarysins

“Nobody in the world, nobody in history, has ever gotten their freedom by appealing to the moral sense of the people who were oppressing them,” Assata Shakur.
#7necessarysins