What baffles me, is the inability of many analysts to understand, how many economic 'close calls' we've had during the past two years.

In this thread, I'll explain the desperation of the central bankers and the artificiality of this late-cycle. 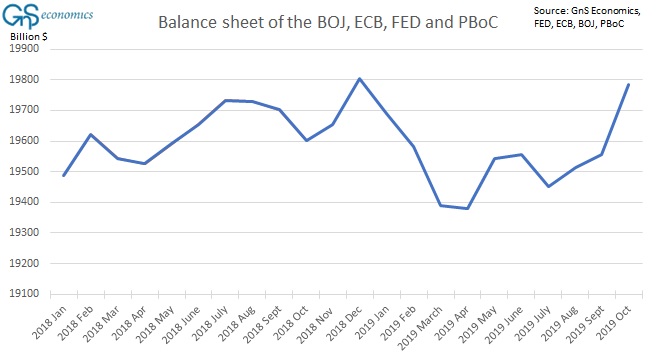 1) the global economy had not really recovered from the Panic of 2008, and
2) that the global banking sector was still in recession.

This was visible in flows of cross-border loans and the issuance of international debt securities. 2/ 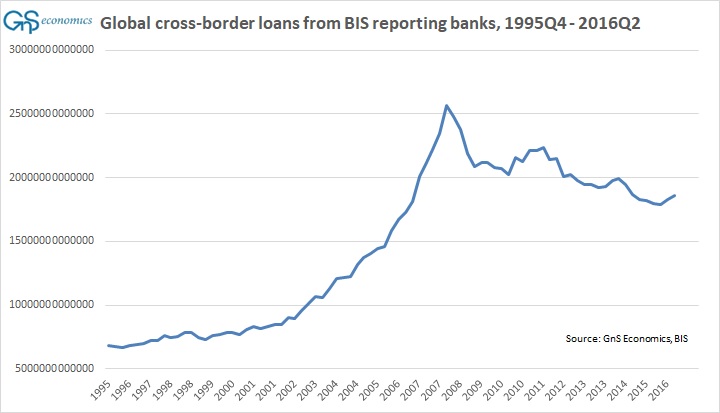 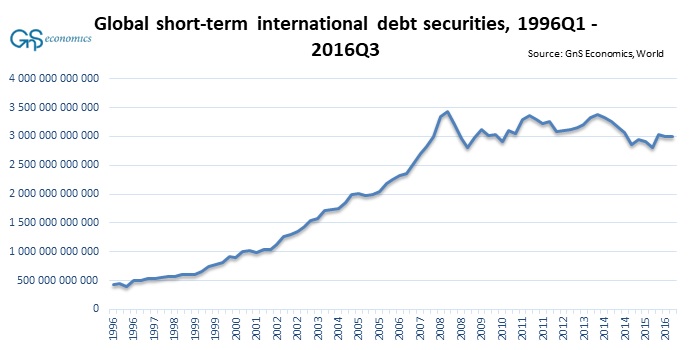 It turned out that #centralbanks had taken their place in providers of (artificial) global liquidity.

The comparison between international debt issuance, GDP and the global CB balance sheet is rather rough, but makes the point. 👇 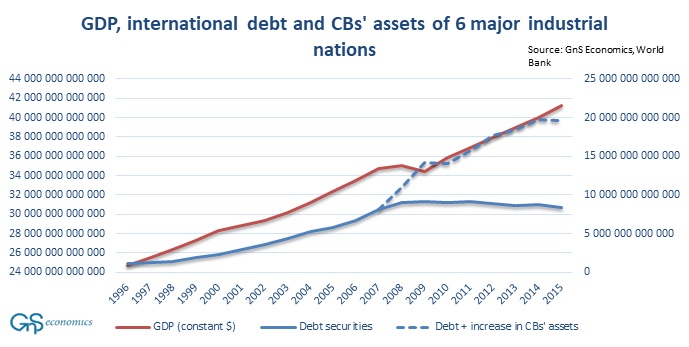 In the March 2017 issue of Q-Review, we asserted that the asset markets were in a massive bubble and gave a 70% probability of them crashing within 12 months. 👇

It's safe to say that our then probability-estimate was too high.

There were close calls.

In November 2017, outflows from the funds investing in the junk bonds reached record amounts, and the spreads to safer asset classes started to increase.

During the first weeks of November, the PBoC injected some $130 billion to its financial system. 5/

This combined with the accelerated purchases of stock markets ETFs by the Bank of Japan in November, calmed things down.

In March 2018, the European bond market had been 'clogged up' by companies anticipating the end of the QE, and thus the end of high bond prices. 6/

Also, high yield bond ETF:s were down sharply as well the yield of junk rated bonds.

In the end of March 2018, the ECB panicked and doubled its corporate bond purchases. The BoJ also bought a record amount of equity ETF:s.

Markets calmed down and bull market kept on roaring. 7/

The first effort to start to diminish the global central bank balance sheet came in September 2018.

The PBoC did not respond to falling bank liquidity and the BoJ started to experiment with temporary balance sheet rolloffs.

While the balance sheet of the four major central banks fell by meagre $131 billion from July to October, the response of the markets was brutal. 9/ 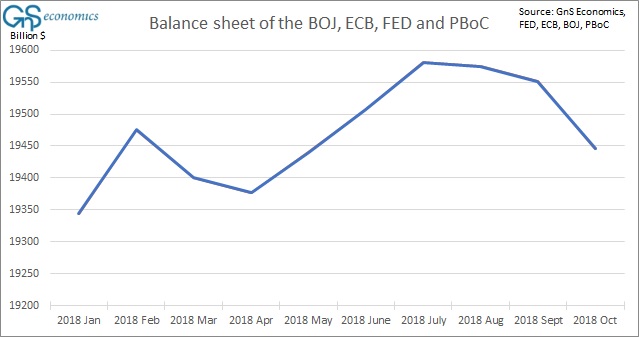 Selling in the US stock markets commenced in October 2018 and it did not stop.

In December, selling accelerated to a rout, and it also reached the credit markets. In Christmas eve, the DJIA recorded its biggest Christmas fall ever.

The PBoC started to inject liquidity into the Chinese banking system in mid-December 2018. In January 2019, injections reached record-breaking levels.

The Fed made a drastic U-turn in the 4th of January from its previous tightening monetary policy line. 11/ 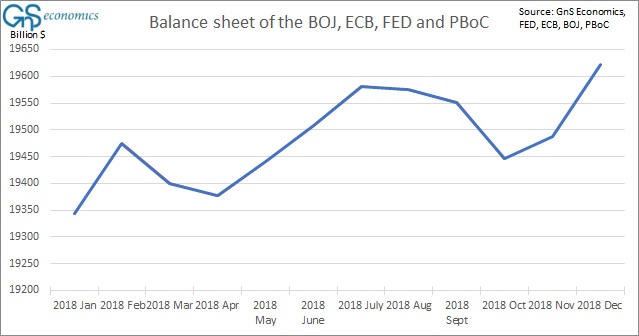 And, the stock markets turned and rallied.

When you add the central bankers panic in Sept.-Oct., including QE, "Not QE", repo-market support and rate cuts, the absurdity of the current bull market should be clear.

It has been carried by #centralbanks for two years. 12/

So, what we actually underestimated in March 2017, was the desperation of the central bankers to keep their Ponzi going.

This desperation is very human, as the collapse of the "everything bubble" threatens not just the world economy, but also the survival of central banks. 13/

So, we are trapped in this massive capital market dooms-day machine created by the #centralbanks.