This dropped yesterday, unfortunately muted by Thanksgiving, but the report is the most damning framing of ByteDance to date. It is no longer just a question of if ByteDance is beholden to censors: now ByteDance looks more like an apparatus of the state.  https://www.washingtonpost.com/world/tiktoks-owner-is-helping-chinas-campaign-of-repression-in-xinjiang-report-finds/2019/11/28/98e8d9e4-119f-11ea-bf62-eadd5d11f559_story.html …

There are two big takeaways. The first is ByteDance's on-the-ground work in China, and specifically Xinjiang, bolstering the undisputed police state's power through their new media channels. 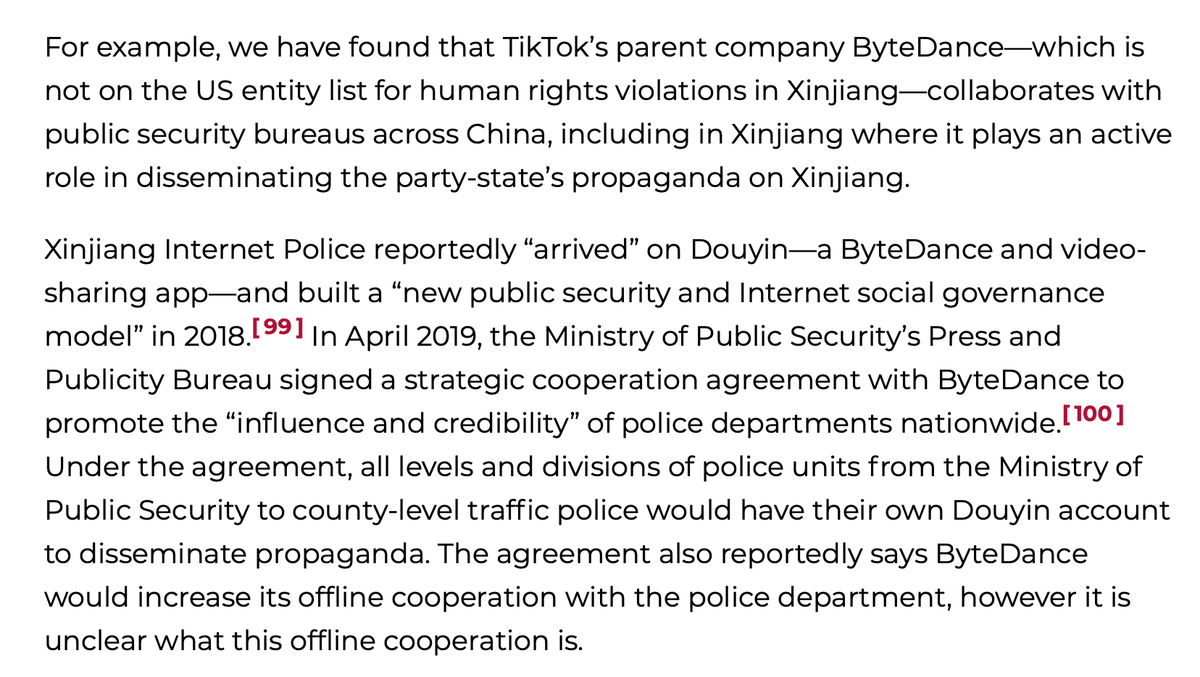 What that 'new public security & Internet social governance model' describes is deeply reflective of this now-declassified speech from Xi Jinping. It represents a stark contrast to corporate independence. In Xinjiang, the party controls the Douyin channel

The second takeaway is in this 'Xinjiang Aid' project. The ethnic cleansing we are seeing in the satellite evidence — the mosques, cemeteries, & homes bull-dozed — is being drowned out by this faux-imagery of Hotan, and ByteDance is collaborating in those efforts & dissemination. 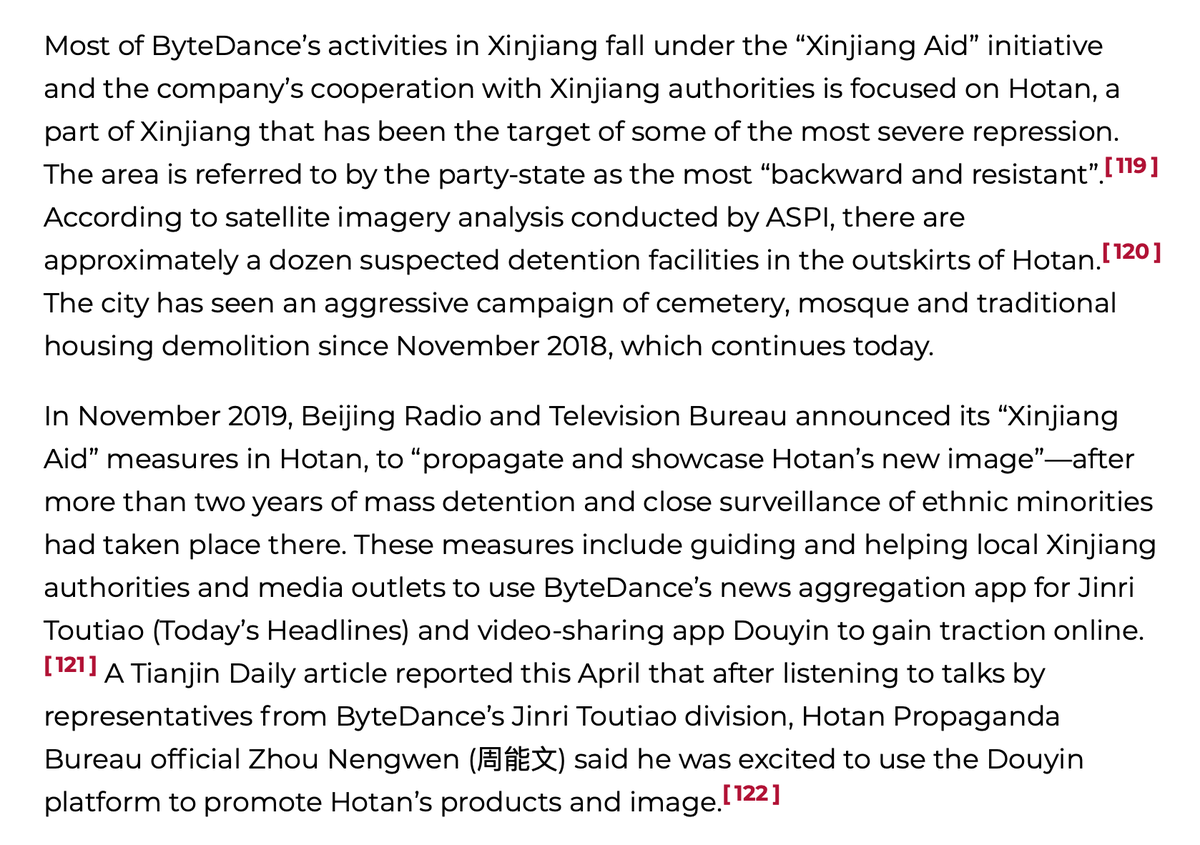 These previously unreported details on ByteDance are simply damning, and I would encourage you to read about them from the source — to understand the broader directionality & ecosystem in which ByteDance sits, and as now reported, collaborates.  https://www.aspi.org.au/report/mapping-more-chinas-tech-giants …

As was the case of Huawei, we are potentially looking at more drastic action from the U.S. government on TikTok. The needle is now more clearly defining a high likelihood of a forced-divest by CFIUS, and these details now question whether that is far enough: a black list looms.