Im currently writing GMI, and although I shouldn't, I wanted to share some charts (a fuller article will also appear in Macro Insiders). There are 120 pages that goes with this each month, so no, I don't just use a few historical charts and call that a framework! 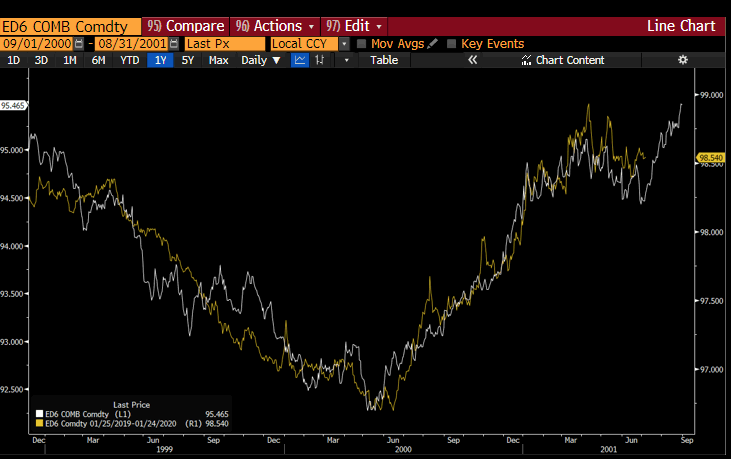 So many things match up from that period.. I don't have space to show them all - I could show you FX, copper, bonds, etc. (Equities match but to a year earlier). Here is Crude Oil... 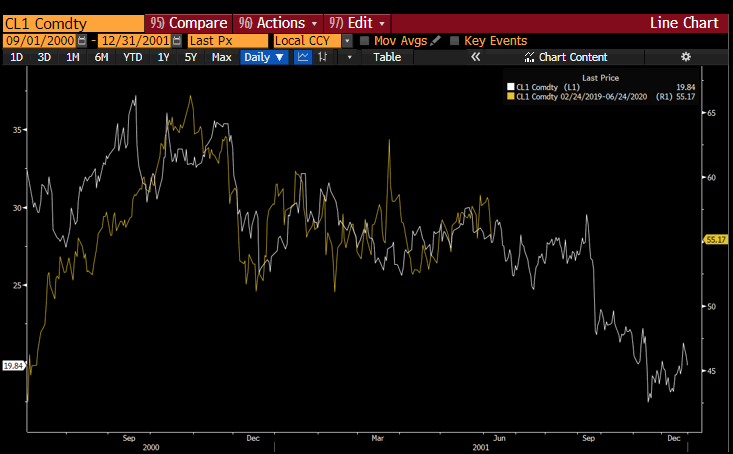 But the parallel is not just price charts. It is economic data too.... Here is unemployment: 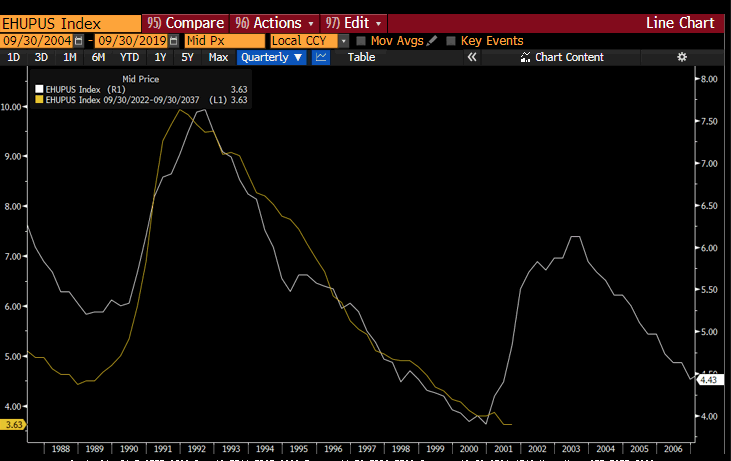 All charts - economic and asset prices all put us in a perfect match up of June 2001 (Equities are Sept 2000 potentially, but Ive been burned by those type of equity charts before!). 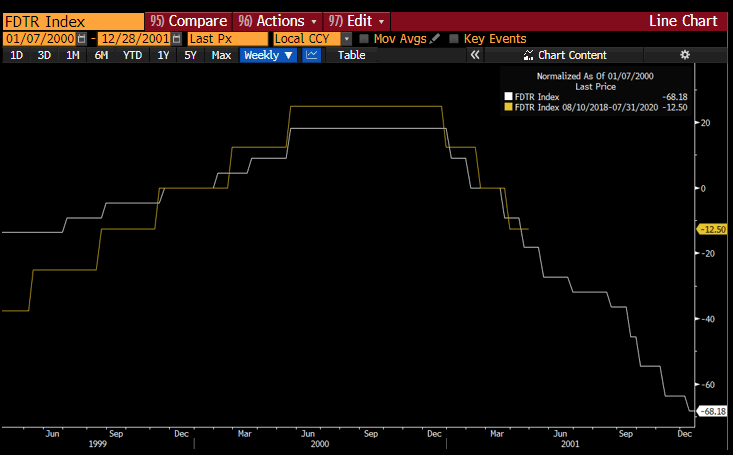 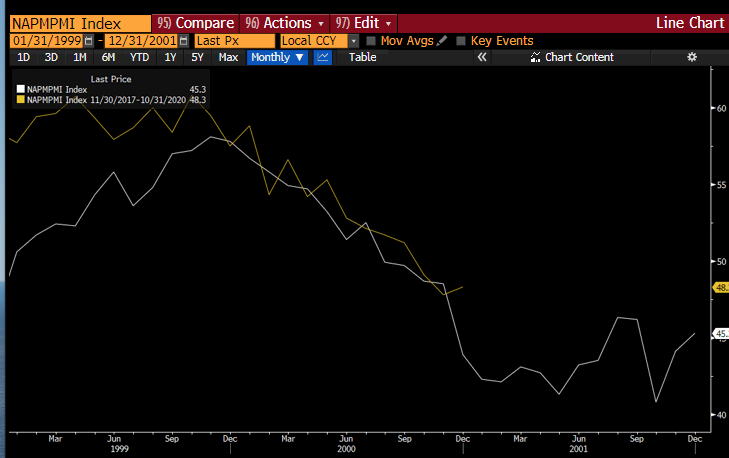 My fundamental business cycle research and my technical work all suggests a higher probability of the data rolling over again very shortly - be it in December or January - and the recession trend re-exerting itself. This historical comparison merely adds to the probabilities.

Meanwhile, the world has gone mad and the short position in the VIX is now the largest in all history and three standard deviations from trend. The Eurodollar market did the exact same 18 months ago, and that was the start of the Great Trade. Oddly, it fits the VIX now... 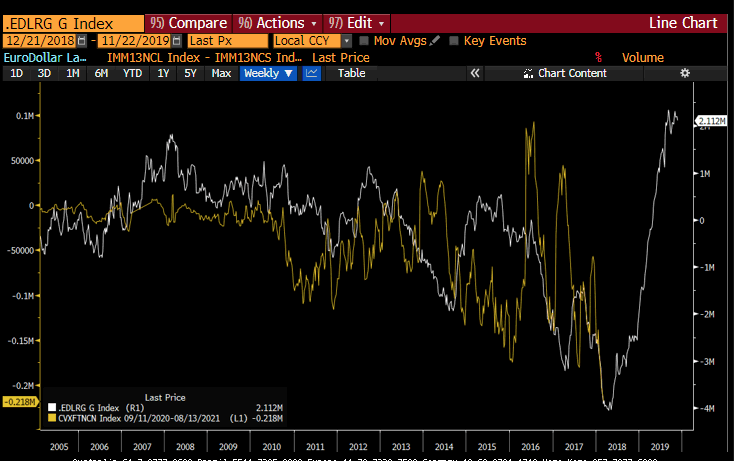 And that matches with a perfect set of DeMark counts... between now and the next three weeks. It doesn't mean vol needs to explode, it might carve out a low before moving higher in Jan/Feb. 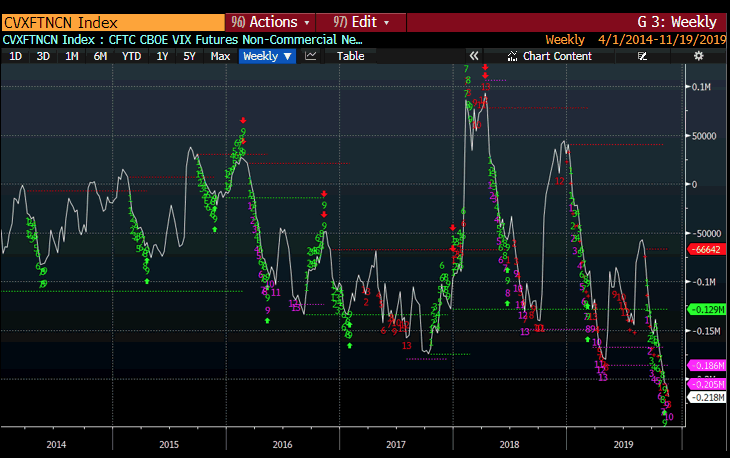 It has the chances of being a very tricky December, but if not the change in Jan/Feb should be rather dramatic, if my work is assessing the odds correctly.

My conviction currently remains high and none of my views have changed. See GMI or Macro Insiders for more details.