DEVELOPING, on House Ukraine report. Fascinating details on Giuliani/Parnas phone records in the next edit. with @BBuchman_CNS

In the very structure of the House Intelligence Committee's report, the authors are channeling former special counsel Robert Mueller.

Two sections. The alleged conspiracy and then the obstruction of justice.

(Also a couple of familiar appendices.) 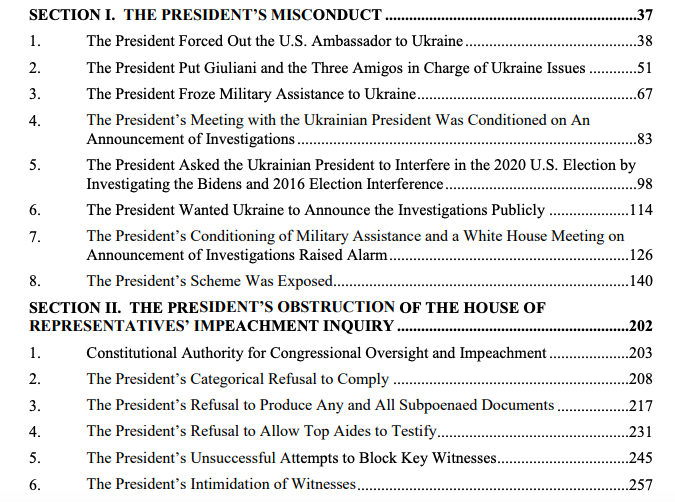 A preview of the phone records disclosed by the committee:

They provide a detailed look at the behind-the-scenes of The Hill series of editorials by John Solomon attacking Joe Biden and ousted Ambassador Marie Yovanovitch.

April 1 to 7: Parnas on the phone with Giuliani about 16 times and with Solomon about 10 times. 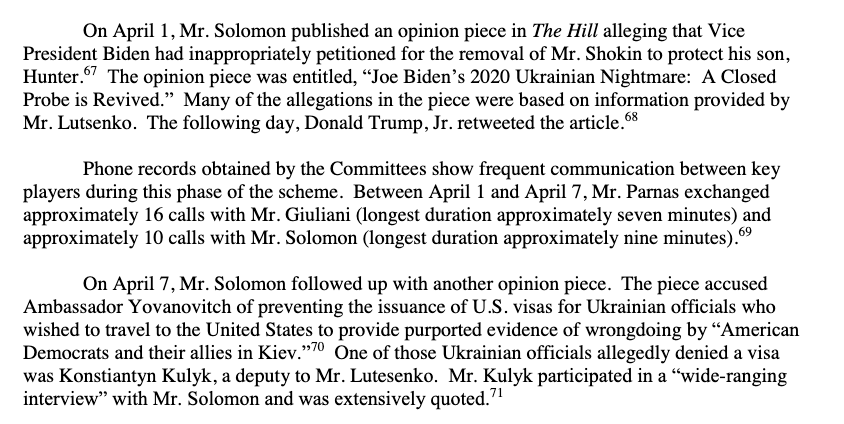 The day after that story's publication, the Intelligence Committee's ranking member, Rep. Devin Nunes, enters the picture in a flurry of calls with Giuliani, Parnas and Solomon, per the report.