Two K-pop stars took their own lives within the span of a few weeks this fall, according to police, after being slammed in the media about their personal lives.

Is K-pop to blame for their deaths?

As two of the biggest stars of K-pop, Sulli and Goo Hara saw their every word and action picked apart. For example, Goo Hara faced online harassment about a plastic surgery procedure she underwent to correct a drooping eyelid. 📸: Starnews/AFP via Getty Images 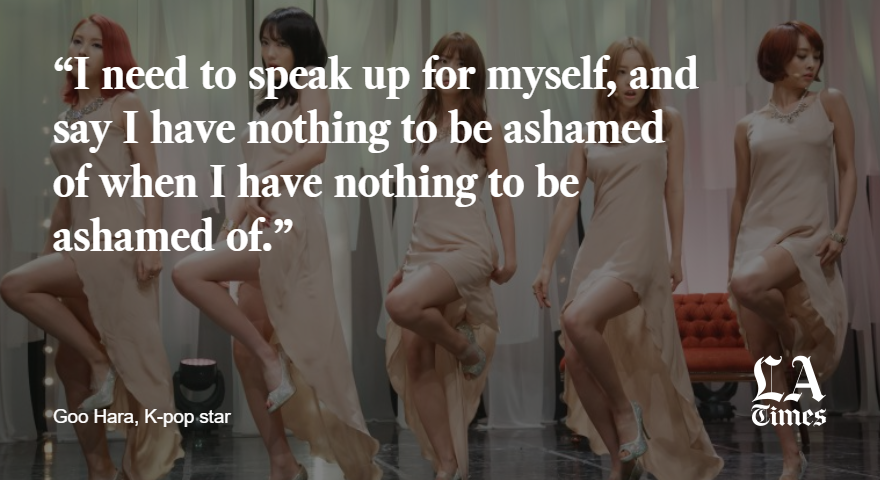 K-pop is reeling from suspected suicides by beloved performers in recent years, as others in the industry quit and suspend their careers citing mental health struggles.

When it comes to K-pop “girl groups,” the images crafted by the labels are either innocent and pure or hyper-sexualized.

The objectification leads to skewed perceptions of the stars from fans, according to K-pop expert Hwang Hyo-jin. 📸: Jang Se-young / Newsis via AP 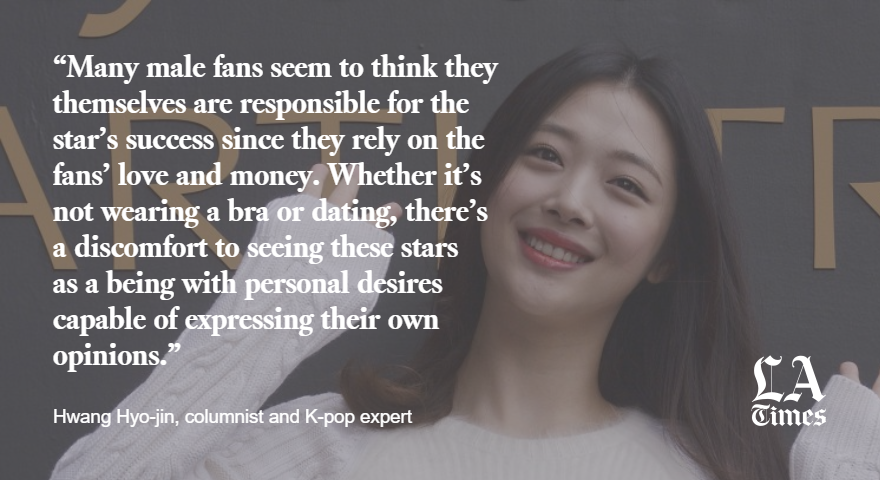 Sulli and Goo’s deaths resonated with fans everywhere — but especially hit home with South Korean women, who watched the stars become known as rebels for their subtle subversions in an industry largely controlled by men.  https://www.latimes.com/world-nation/story/2019-12-06/sulli-goo-hara-kpop-death …